The Igwe-elect of Nawfia Community in Njikoka Local Government Area of Anambra State, Dr Dan Obele, says he remains the authentic choice of his people in line with the constitution of the town. Obele, who stated this during a press briefing at Finotel Hotel, Awka, April 2, blamed those he called a cabal for stalling his formal installation as the traditional ruler of Nawfia following the dethronement of Chief Chijioke Nwankwo by the Anambra State Government last year. 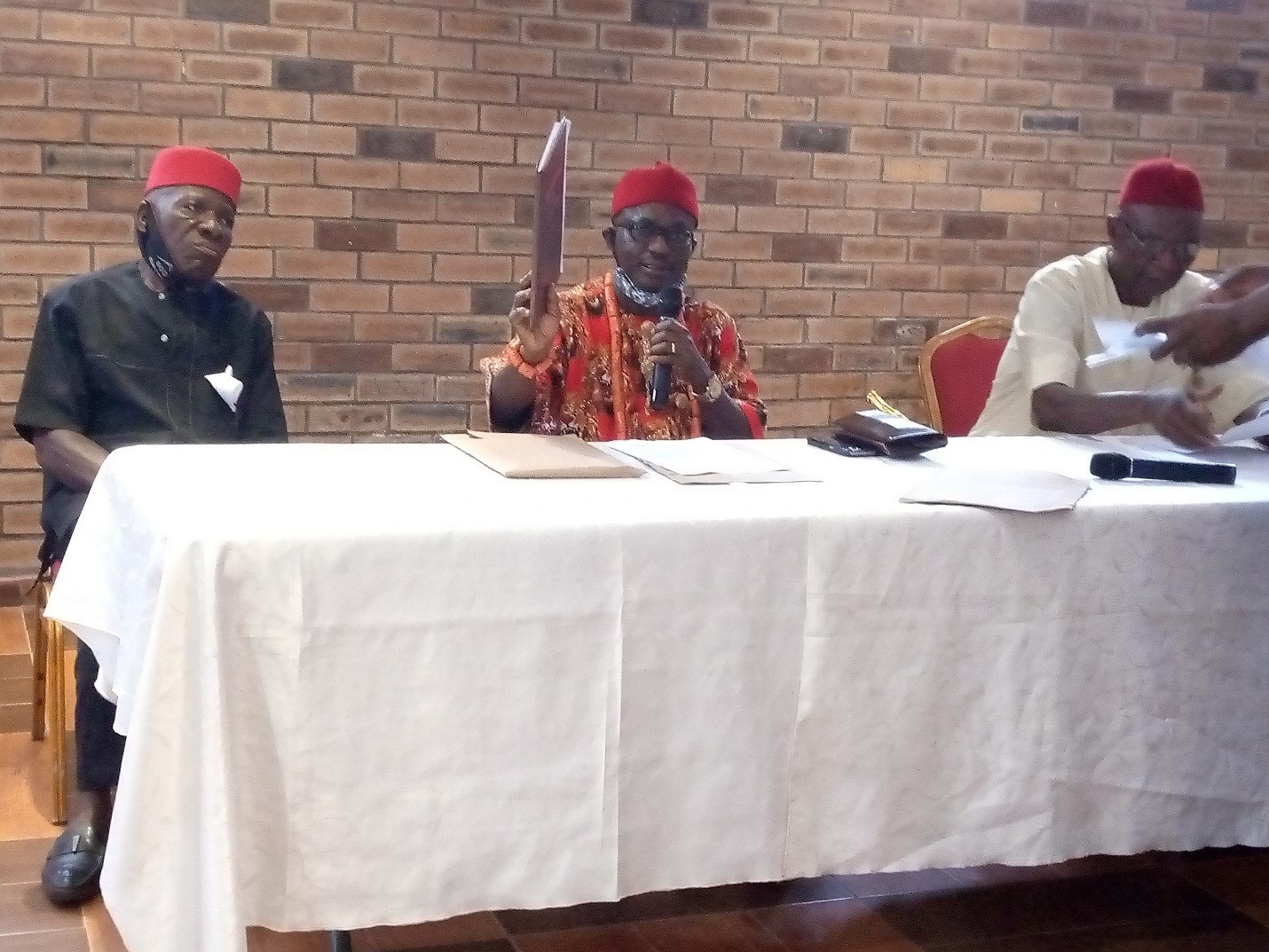 Obele, a diplomat and chairman of Urualor Village, Nawfia, said, ‘I assumed the position of Igwe-elect since 9th January this year, following an orderly, peaceful and credible election on 31st December, 2020, and subsequent successful screening exercise by the Igwe Nawfia Selection Committee on 8th January, 2021, in accordance with Section 15 (4a & b) and Section 19 (11a) of Nawfia Town Constitution, 2013, respectively.’

He regretted that rather than do the needful and have him installed as the rightful Igwe, the cabal had gone ahead to wrongfully coronate another person on April 2 after manipulating the constitution of the town and holding an election on 26th of March this year against the directive of the Anambra State Government, an election that produced one Dr Shedrack Moguluwa.

‘This is contrary to Section 19(11a) of Nawfia Constitution, 2013 and Anambra Chieftaincy Law, 2007, which spelt out that the general election should involve all ten villages of Nawfia and must be observed by officials of the State Ministry of Local Government and Chieftaincy Matters,’ Obele stated.

He described what was playing out in Nawfia as an unmitigated assault on the Nawfia Constitution of 2013 and an unwarranted affront on the people of the community, their customs and traditions, by an individual who felt that he was above the law and the constitution which he himself largely drafted.

Obele who said that time would reveal the truth about the next Igwe of the town, said they were currently telling their people about the illegality of what was happening. He said they were also already in court.

‘Everybody will regret what’s happening if we allow it to pass. One man should not dictate to us,’ he said.

He blamed the elite for docility which, he said, could be seen in their not challenging the aspect of the town’s constitution that invested permanence on it and which held that its decisions on any issue were final and unchallengeable.

For his part, Mr Uche Aghamba, a community leader, said they did not challenge those who held the illegal election on the day they did it simply because they did not to breach the peace, but preferred to go through due process.

When the State Commissioner for Local Government and Chieftaincy Matters, Mr Greg Obi, was contacted on the phone to comment on the government’s repudiation of the election by the other side which produced Moguluwa as the Igwe-elect, the commissioner referred Fides to the letter his office wrote to the community dated 25th March, 2021. The State Government in the letter, cancelled the planned election and said it was in violation of the town’s constitution and laid down procedure for Igweship election.

The letter also cited what it called imminent security threat regarding that election, noting that it could cause a breakdown of law and order.

The Commissioner told Fides that if the directive was breached, it was clear that any product of that election was a nullity; a development that justified the position of Obele that his election was the valid one.