The World Cup kicks in

Last Sunday the world watched with excitement the opening ceremony of the festival of football in Qatar. And for 28 days the attention of the football-loving world will be focused on this little rich country of less than three million people.

This is the 22nd edition of the World Cup and the first by FIFA to be held in the Middle East. This is also the first time it is played in November/December instead of the usual June/July show. Qatar has reportedly spent more than $200 billion on the construction of the eight match venues, hotels, roads and other supporting infrastructure.

The temperature in Qatar sometimes rises up to 50 degrees centigrade and in order to contain the extreme heat all the venues have been fitted with air-conditioning and cooling technology, which have contributed to the high cost of hosting the show. It is estimated that Qatar has spent more than twenty times what Russia spent in hosting the 2018 world cup.

But Qatar is not complaining because it is the richest state per capita in the world. As of 2012 Qatar had proven oil reserves of 15 billion barrels and gas fields that account for more than 13% of the global resource. Infact, none of its over two million residents live below the poverty line. There is less than 1% unemployment in Qatar.

In this World Cup 32 nations will be featuring in those eight state of the art stadiums, to showcase their talents and entertain the world. This competition was first held in 1930 that is 92 years ago, in Uruguay. Since then only eight countries have lifted the trophy.

They are Uruguay, Brazil, Italy, England, Germany, France, Argentina and Spain. Brazil has won the trophy five times, Germany four times and Argentina twice. No African country has won the trophy or even reached the final. That shows the poor development of African soccer in terms of facilities and organisation. To a large extent success in the world cup is largely a reflection of the success of the domestic leagues of these football superpowers and the commitment they make to develop the beautiful game.

Even though Argentina has won the trophy twice, Messi was never part of the winning team. In the 2018 World Cup in Russia, Argentina under Messi’s captaincy played in the final but was defeated by France. On those two successful occasions the irrepressible Diego Maradona was the chief pilot and assassin. For the Brazilians the number one star has been the tall, athletic man, Arantes de Nascimento, better known as Pele who has won three world cup trophies with Brazil. 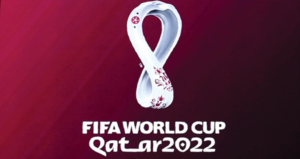 In this year’s competition, Brazil will also be a team to watch because of its star player Neymar who has so far scored 75 goals in 121 caps for Brazil. Pele’s record is 77. Neymar can lead Brazil to victory if he can keep his bad temper in check but in the World Cup nothing is certain. There are always surprises, new and young heroes and the dethronement of reigning heroes.

France is the reigning champion. Can it defend its trophy successfully? No one knows because two of its tough players, Ngolo Kante and Paul Pogba are ruled out of the team due to injury. But the French team is a compact team that does not depend only on a few outstanding players. Let us see what happens as the tournament progresses.

There are five countries representing Africa in Qatar. They are Ghana, Senegal, Tunisia, Cameroun and Morocco. No one gives them any chance of reaching the final let alone lifting the trophy. They are there to make up the numbers. Part of the reason is that preparations for the competition by African countries are always tacky.

The second reason is that African countries depend largely on their governments for the funding of football while the private sector makes and spends its humongous profits on something else other than football. The third reason is that football infrastructure, salaries and coaching are not well developed in Africa. That is why many African footballers hustle to play abroad and earn the big fees. Those who play at home do so because they have had no opportunity to play in foreign leagues for the big bucks.

By FIFA’s ranking, Senegal is the number one football nation in Africa. But it does not stand much of a chance in this World Cup. Its talisman and Bayern Munich star, Sadio Mane, has had surgery on his foot but his name still appears on the team’s list and the expectation is that if he misses the opening match he may be fit for the other matches. That is dicey. Whether Mane is fit or not, the team cannot perform magic, but the country is at least featured where the soccer super powers are having a feast.

Nigeria’s absence from the global stage in Qatar is regrettable. It would have had the opportunity like other countries of showing what football talent it has. But our football is very badly managed.

The talents are there but the management of it is awful. If Coach Rohr was going to be fired it should have happened long before he was thrown out. How could he be fired on the eve of some important matches and an interim coach be drafted in at the last minute?

That is a fire brigade approach to football management. And with all the abundant football talent available to Nigeria we could not feature as one of 32 nations at Qatar. Shameful. Our football must undergo a sea change. The private sector must be courted to weigh in with their support and those who manage our football must demonstrate that they are prudent in funds management to earn the trust of potential investors.

In the 2026 edition of the World Cup to be staged in Canada, Mexico and USA there will be 48 nations competing. I don’t know how many slots Africa will have but Nigeria must begin now to prepare for it. We might think that 2026 is far away. It is not.

The plans must be laid out now if we hope to feature in the 2026 tournament. Most football loving Nigerians are obliged to watch the World Cup games now because they love football but they are not happy that their joy is not full because Nigeria is missing in action. They would have been more eager to watch each game as they do their permutation on Nigeria’s chances but they are deprived of that exercise in gambling with facts and figures.

But for the true lover of football like me the attraction remains whether Nigeria is there or not. I will also be watching out for a 22-year old guy named Noah Okafor, who will be wearing the jersey of Switzerland in Qatar. That is obviously an Igbo name.

He plays for Red Bull Salzburg and was the one who scored the first goal for Switzerland in their 4-0 win over Bulgaria. It is that win that took Switzerland to Qatar. He is attracting the attention of big clubs in Europe. How he performs in Qatar will determine where he will be next.

We will be looking out for the cute dribblers, the sharp shooters, the dead ball experts who bend it like Beckham or curve it like Okocha, the bone breakers who bring down giants with a single tackle, the fierce headers who hit the ball like basketballers, the fast-paced strikers who carry the ball with the speed of Usain Bolt. All of these and more will be on display and they will constitute the major excitement in Qatar.

In Qatar there will not be much excitement outside of football because the country is tightly and rigidly regulated by sharia laws. Sharia is the main source of legislation. Flogging is employed as a punishment for alcohol consumption or illicit sexual relations.

Its human rights record is awful. Fans will not be privileged to drink alcohol in the stadium or to strip themselves half bare. Girls will not be able to bare their shoulders or their belly or even to wear mini-shirts or shorts yet this small country comprises people of different nationalities including Arabs, Indians, Banglaeshi, Pakistani, South Asians and Egyptians.

It got its independence from the United Kingdom on September 3, 1971 and there isn’t much that resembles a country that was once run by Britain. However, it is doing a lot to repair its image. It hosted the 2006 Asian Games and will also host again the 2030 Asian Games. But the media are focusing not only on football but also on its poor human rights record. That is why the FIFA President Gianni Infantino said to the world “let football take the stage in Qatar.”

Football will take the stage. It is already doing so. But football is a global sport involving players and spectators and investors who care about human rights too. That is why players and football managers champion various causes such as anti-racism and other forms of discrimination. But whatever happens in Qatar football will triumph