The Twin Cancers of Unemployment and Underemployment

The Story of an out-of-work Graduate

Some estimate that 60 per cent of Nigerian graduates are unemployed or underemployed.

When in May 29th 2015, the President of Nigeria, Gen. Muhammadu Buhari, was promising a new dawn in his controversial I am for nobody and I am for everybody inaugural speech, Emeka was in his last year in the University. Already his country was bedeviled by inept governance premised on prebendalism.

The promise of Gen. Buhari not only rekindled his aspirations but also those of millions of Nigerians. Now his remaining days at the University were filled with dreams of work and a worthwhile future.

Five years after graduation, however, he is still not able to secure a job and is disillusioned once more. Emeka has come to realize that the President is for some people and not for everybody. 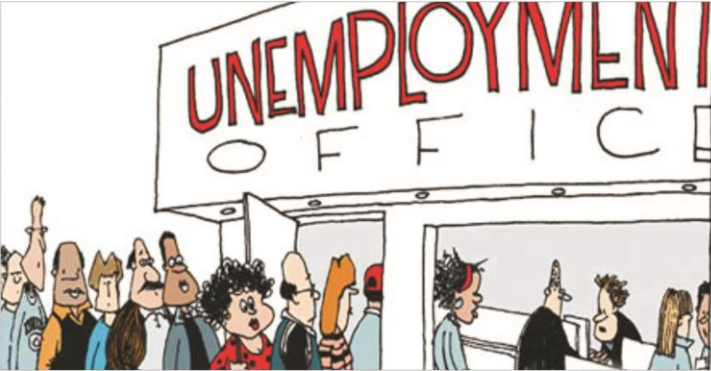 That he is already marginalizing some sections of the country as he threatened in his infamous 97% vs 5% style of administration immediately after he took oath of office, in favour of 97 percenters. Emeka belonged to the chastised 5% group.

That the inept governance from the preceding administrations is now characterized by corruption, nepotism, looting, tyranny, infrastructure decay, deceit, unemployment, galloping inflation and general poverty. It is estimated that about 100 million Nigerians are living below poverty line.

There is an unprecedented increase in unemployment in the last few years. Nepotism (Favouritism) still determines who gets a job. So, living as an unemployed graduate becomes a nightmare – an experience that ridicules the idea and essence of formal education.

However, genuine investors are not forthcoming and our ease of doing businesses is full of intrigues, secrecy and seemingly corrupt deals. Also, as lending rates are so high, it is almost impossible for graduates to become self-employed by obtaining bank loans. This debilitating situation does not affect unemployed graduates alone; it destroys businesses in the country.

More graduates are now unemployed than when the government took office in 2015. The empowerment programmes of the Buhari regime, especially the N-Power now in limbo, cannot provide meaningful employment to beneficiaries. It was also as process hijacked and given to privileged few.

That denied Emeka the opportunity to participate and benefit from the scheme. Accordingly, he joins about half of the Nigerian population who are living below the poverty line, although he is a graduate.

Many graduates engage in poorly paid jobs in other to survive. They are bus and taxi drivers, gate and security men, while others hold unskilled jobs that do not require university education. Some have entered the world of crime: we now have graduate-kidnappers, graduate-internet fraudsters (yahoo yahoo boys), graduate-scammers and graduate-robbers.

Frustrated graduates have turned into handy tools for political violence, thuggery and assassination. Being hungry and angry, some can hardly resist the lure of cash to commit crimes.

When a job vacancy of 50 positions in an organization is advertizsed for instance, if at all – most times good jobs are hardly advertised in Nigeria and when they do then know that recruitment had taken place already before the advert, you get about 20,000 qualified graduates applying for it.  It happens mainly with Civil Service Employment. Emeka had applied for many such jobs too but without success. Maybe he did not perform satisfactorily or was it that he had no man of substance to recommend him?

The latter has been the most despairing aspect of searching for work in Nigeria. Little wonder that gainful employment is nowadays celebrated with great fanfare, thanksgiving and word of testimony in our churches. It is a real miracle for the average Nigerian graduate to be gainfully employed. Those who are employed are the lucky ones. This development is an unhealthy one; employment should be the lot of every graduate.

An elderly permanent Secretary in one of the Federal Ministries once told me that at the end of his Service Year (a graduate below 30 years is expected to undertake a compulsory one-year national service under the National Youth Service Corps), he received three letters offering him different jobs. I look forward to a day when graduates will, once again, choose from numerous job opportunities.

Therefore, an emergency should be declared on unemployment. It is not just enough to declare emergency on insecurity, which I adjudge to be a symptom of the twin cancers of unemployment and underemployment with attendant poverty that result in restiveness, because a hungry man is an angry man.

Like cancer in a human body, unemployment and underemployment affect other parts of our body politik in debilitating ways. At present, there is no clear policy by this government to diffuse this time bomb already ticking. The people are impoverished and so struggle to survive by all means.

It is not enough to itemize the enormous human resources in Nigeria; these have to be harnessed and used. A country with about half of its graduates unemployed and a considerable number of the rest underemployed is toying with its  growth and future.