The Triumph of Justice

As a young man bubbling with vitality, I used to run while exercising my body in order to maintain healthy equilibrium. When I grew older, I started to joggle. But when age started telling on me, I embarked on quick-walk. I do this on weekly basis. However, a stubborn bodily ailment incapacitated me since the month of February 2022. By the grace of God and assisted by medical experts, I recuperated well.

Therefore, I resumed full walking exercise on Thursday, 13 October 2022. I set out after taking a sumptuous lunch and equivalent siesta. Along my route, I ascended a dreaded hill boyishly. Then, I changed gear and began to walk like a soldier. The passersby admired me. This energized me more. I went up a long distance and turned to the route leading back home.

It was sloppy and jiggered. In fact the surface of the road can be described as an injustice of the soil. Instantly, I applied the spirit of justice to overcome the natural injustice on the soil caused by flooding. Little did I know that it was a premonition of what would happen later in the Nigerian judicial space on that significant day.

Immediately I reached home, I drank nearly one gallon of water to replenish the energy that has gone out of me through perspiration and to avoid dehydration. Next, I went into the bathroom and bathed under a shower for a long time. Afterwards I saw my towel beckoning at me to use it.

I ignored it and allowed the remnant of water all over my body to dry up naturally by lying like a loafer on my bed. A standing fan was nearby performing its function. During this period, I turned on my portable radio to acquaint myself of current news.

The time was 6.00p.m. The popular newscaster announced as breaking news that the acclaimed detained leader of the Indigenous People of Biafra, MaziNnamdiKanu (MNK), has been discharged of the 7-count charge based on terrorism unanimously by a three-man panel of justices of the Appeal Court in Abuja led by Justice Jummai Hanatu.

The Appeal Court further stated that the Federal Government violated the international Law of which Nigeria is a signatory by forceful rendition of the leader of the Indigenous People of Biafra (IPOB) from Kenya to Nigeria. 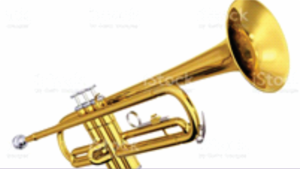 He was tortured, blindfolded and abused during the process. By so doing his human rights were abused. The Appellant Court also underlined that the High Court where Nnamdi Kanu is being tried has no jurisdiction to entertain the criminal charges against him.

Therefore, in delivering its judgment, the 3-man Appeal Court justices unanimously discharged and acquitted Nnamdi Kanu of the terrorism charges leveled against him by the Federal Government.

I shouted emotionally, “Justice has triumphed over injustice! Glory be to the God of Justice!” As an expression of joy, I danced and drank a bottle of cold Heineken beer. Indeed I was not alone in the jubilation over the triumph of justice. Animals also jubilated.

The two native cockerels in my house crew simultaneously for over three hours.  Some species of birds of the air perched on the roof of my house and were singing as a choir until darkness descended.

I drove out that late evening through the hamlet where I am ministering the Gospel of Salvation. I saw people clustering here and there rejoicing and discussing about the triumph of justice. The young men were celebrating with liquor in green bottles. The Ohanaezes pokesperson, Dr Alex Ogbonnia, said, “I received the news with happiness, joy and jubilation.

It’s jubilation galore across the entire South-East and Nigeria in general because we are relieved by the Appeal Court judgment. It’s a landmark and I am very much happy.” When I came back late that night, I slept like abouncing baby.

On the following morning, my joyful mood changed negatively by the utterance of the Attorney General of the Federation, Abubakar Malami. Reacting to the landmark judgment of the Appeal Court sitting in Abuja, the AGF maintained that the Appeal Court only discharged Nnamdi Kanu and did not acquit him.

The Security Council under the watch of President Buhari supported Malami. The Federal Government according to Malami will consider other legal options before it against the discharged MNK.

The presumption of the AGF led me into the exploration of the two vocabularies: discharged and acquitted. I am not a lawyer. I am a philosopher and a theologian. However, I do not intend to philosophize or to theologize here. Rather I want to apply layman’s knowledge. The Longman Dictionary of Contemporary English defines ‘discharge’ as “the action of allowing someone to go away, especially someone who has been ill in hospital or working in the army, navy, etc.”

On the other hand, the same Dictionary defines ‘acquit’ in these words: “to give a decision in a court of law that someone is not guilty of a crime.” Put together, it is someone who is not guilty that can be allowed to go away. If you are discharged from a hospital, then you are free to leave. The gateman has no right to hold you back. To discharge means you are free to go.

This reminds me of something I did by ignorance in 1988 during my six weeks’ apostolic work as a seminarian in Ichida, Anaocha Local Government of Anambra State. It began on the day before being Sunday. I came to Mass in the parish church and suddenly developed serious stomach ache. I excused myself. Eventually, I was rushed to a nearby hospital, whereby the medical director took time to examine and analyze my problem. I was given instant hospital admission.

I felt better on the following morning, being Monday. I went to my residence to take my morning bathe. I came back to the hospital later. The doctor frowned at me so furiously for violating admission etiquette.

The lead counsel for Nnamdi Kanu, Chief Mike Ozekhome, SAN, asserted that Nnamdi Kanu was discharged and acquitted by the Appellant Court on 13 October 2022. According to him, “the acquittal of the leader of the Indigenous People of Biafra is too complex for human understanding.” For him it is the work of God. In sum, Nnamdi Kanus free and should be allowed to go. Some eminent Nigerianguru collaborated with Chief Mike Ozekhome, SAN.

The Human Rights lawyer, Femi Falana, SAN, warns that President Buhari and the Attorney General of the Federation, Abubakar Malami, should not twist the judgment of the Court of Appeal on Nnamdi Kanu. According to him, the federal government’s insistence that there are other pending charges against the detained leader of the Indigenous People of Biafra (IPOB) at the Federal High Court is “contemptuous mockery” of the Court of Appeal’s judgment which is binding on all authorities.

In his own opinion Senator Shehu Sani in his Twitter at 11.16a.m on Friday, 14 October 2022 commented: “All I know is that anything DISCHARGED means to release; like discharging water means releasing water from pipe…and many other examples.”

As a take home, it is indisputable that the Law Court is the last hope of the common man. A discharged person is a freeman. He should be set free. Mike Ozekhome, SAN, concludes that by keeping Mazi Nnamdi Kanu under custody after being discharged by the Court of Appeal sitting in Abuja, the Federal Government has turned from prosecutor to persecutor. We pray that justice be done. The whole world is watching. God is watching. Justice delayed is justice denied.