The Tragedy of The Infamous 1914 Amalgamation 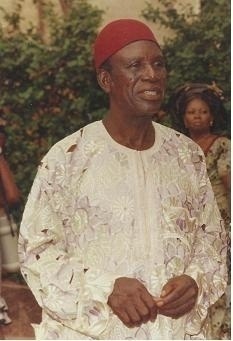 The recent unwarranted and ill-conceived food and cattle blocked by the misguided Northern food and cattle dealers association against the Southern part of the country had once again portrayed the so-called Northern political elites as shameless hypocrites and anti-Nigerian unity.

Or how else could one explain the highly provocative and anti-Nigeria stance by these unpatriotic elements backed by the Northern political elites against their fellow compatriots if not to score cheap political point at such a critical moment when the country is facing myriad of severe security and economic challenges.

The irrational and myopic action by the Northern food and cattle dealers association in mounting food blocked against the South and which lasted for about five days had dealt devastating blow to the economy of the entire North even as the food traders and farmers had suffered monumental financial losses in the process during the period of this total madness.

A colossal quantity of food stuffs already harvested as well as those yet to be harvested from the farms were totally damaged or wasted due to the misguided action of the food and cattle dealers association.

By this ill-motivated action, the Northern food and cattle dealers association had wittingly declared an open war of hunger and starvation against their fellow Southern compatriots when there was no shooting war between the two regions. The Northerners by their rash action had indeed inadvertently shot themselves on the foot even as they have suffered unimaginable consequences in their morbid desire to blackmail and intimidate their Southern “brothers and sisters”.

The grouse or grievances by the Northern food and cattle dealers association was that some of their members who were living in the South-West region were brutally killed and their properties worth about #10billion (ten billion naira) were wantonly destroyed during the recent mayhem in Shasha food market in Ibadan and demanded adequate compensation or restitution for their colossal financial losses.

The Southerners expectedly had ignored and treated the food blocked as a non issue even as there was a minimal negative impact or discomfort on the lives of the people during the ill-fated blocked. While the Southerners continued with their normal lives and never resorted to panic buying of the available food items in the various markets, on the other hand however, the Northern food traders were already counting their huge financial losses as a result of their self inflected and rash action.

The important lessons to be learnt in this blocked quagmire is for the South to immediately intensify their food production activities by engaging in massive farming and cultivating of various types of food crops even as the South is immensely blessed with favorable weather condition as well as fertile and arable lands for food production and cattle rearing.

The antics of these unpatriotic elements did not however come to the students of Nigerian history by surprise in view of the age long negative attitudes of the Northern political elites towards the so-called unity of Nigeria as one and indivisible entity. History has shown that the Northerners had always shouted for “one Nigeria” when the political environment suits them even as they had always been the major beneficiaries in the so-called “one Nigeria” to the detriment of other component parts of the country. But whenever the political pendulum seem to move away from the North, all the Northerners will shout with one voice or unison “Araba” meaning separation as was clearly the case in the sixties during the dark era of unprecedented political turmoil which later snowballed into the devastating civil war of 1967-1970.

It would be recalled however, that during that terrible war there was a total blocked of food and medicines against the defunct Biafra as a matter of deliberate policy adopted by the Federal authorities using hunger and starvation as a legitimate weapon of warfare against the landlocked and terribly suffering people in the defunct Biafran enclave.

It is needless to emphasize the point however, that the Northerners had always considered themselves as the true owners of the entity called Nigeria and any attempt to deprive them of their privileged positions in the country, the familiar shout of “Araba” meaning “let us go our separate ways” would automatically resonate among the Northern political class as had been witnessed in the past. The disgraceful and highly condemnable action of the Northern food and cattle traders association through their senseless blocked of food items to the South was yet again a clear demonstration that the North had never been interested in the oneness or unity of the entity called Nigeria but had all along being paying lip service to the unity of the country as a mere pretext for their perpetual domination and total control of the nation’s resources. Indeed the so-called Nigerian unity is a sheer marriage of convenience and nothing else. By their brazen blocked of food items against the South, the Northern food merchants and their collaborators had unwittingly signaled the inevitable dismemberment or disintegration of the terribly unwieldy entity called Nigeria which abinitio was never designed by the erstwhile British colonialists to succeed as a Nation but rather was a mere geographical area purely to serve the British economic interest.

Indeed one would venture to assert that it is only by sheer miracle that Nigeria has managed to remain as one entity even as the seeming irreconcilable differences bothering on mutual suspicion and deep seated distrust among the diverse cultural and religious ethnic nationalities had posed the greatest obstacles to the unity and oneness of the country.

This unfortunate incident which was totally uncalled for no doubt, will serve as an eye opener and wake up call to the entire South that their so-called Northerner “brothers and sisters” were merely paying lip service to the unity of the country and would always shout “one Nigeria” whenever it suits them and would readily shout “Araba” whenever their strangle hold on power and domination seem to be seriously threatened.

It is instructive to observe in this piece that this unfortunate episode had occurred in the immediate aftermath of the recent mayhem at the Shasha food market in Ibadan where many people were gruesomely killed and properties worth billions of naira were wantonly destroyed by irate mobs due to a minor misunderstanding between a Fulani trader and a Yoruba indigene which led to the unfortunate death of a Yoruba trader. The mobs apparently took advantage of the seeming charged political atmosphere in the country occasioned by the prevailing criminal activities by the Fulani herdsmen and bandits in virtually all the Southern States particularly in some South-Western States where the Fulani herders allegedly unleashed terror and mayhem on the farmers and other people in their ancestral forest reserve locations. The Northern food and cattle traders association obviously had adopted the food blocked as an instrument of reprisal for the huge human and material losses their members had suffered in the Shasha market debacle. This is certainly unhealthy and counterproductive in a country that is almost on the brink of total collapse as a Nation.

It has become imperative therefore that Nigerians should face the stark realities on the ground and quickly come to terms with the irredeemable situation in the country and acknowledge the obvious fact that Nigeria could never remain as one entity. Nigeria should take a cue from great and powerful nations who recently voluntarily and peacefully dissolved their unworkable unions such as (a) former super power, the Soviet Union or USSR. (b) the former Czechoslovakia (c) the former Yugoslavia among others. The classical example of the incompatibility in terms of culture and religion among Nations is the Indian sub-continent whereby in the interest of peaceful co-existence, Pakistan which is predominantly Muslims was separated from India which is predominantly Hindus by the erstwhile British colonial occupation at independence in 1947. Regrettably however, in the case of Nigeria the erstwhile British imperialists in their perfidious colonial mentality of double standards tragically ignored these obvious factors which had long militated against the peaceful co-existence and unity among the diverse cultural and religious ethnic nationalities that make up the entity called Nigeria. These separate countries who had peacefully dissolved their unworkable unions are today living in absolute peace and harmony with their erstwhile fellow compatriots and enjoying economic cooperation among themselves.

The mother of colonialism and imperialism in Africa and Asia, Britain might not survive as one nation in view of the current strong agitations by the Scottish people for their independence from the rather archaic and unworkable union. According to the recent opinion polls, about 55% of Scots favour immediate independence from Britain and Scotland is due to hold another referendum possibly later in the year to determine her future. And as Britain is now completely isolated from the rest of Europe consequent upon her exit (Brexit) from the European Union, her future appears extremely bleak and uncertain.

Nigeria could therefore be a shining example in Africa should the country today decide to abrogate the infamous and unworkable Lord Lugard 1914 amalgamation in the overall interest of the impoverished and suffering Nigerian masses who had been entrapped in this unholy and rather suffocating  union.