On Wednesday 20th January 2021, President – Elect Joseph R. Biden Jnr.  of the  Democratic Party, will formally be inaugurated (sworn – in ) as the 46th President  of the United States. This historic event will take place against the backdrop of the unprecedented political turmoil ever witnessed in United States modern history.

The controversy that trailed the 3rd November 2020 Presidential election later culminated in the flagrant assault and desecration of the citadel of democracy and civilization by irate mob that stormed the Capitol Hill in Washington D.C (seat of power) while the U.S Congress was in session to certify the election of former Vice – President and President –Elect Joe Biden and Vice-President –Elect Kamala Harris.

The horrendous attack on U.S Congress on that Black Wednesday 6TH January 2021 by irate and misguided mob during which five persons including a Police Officer attached to the Capitol Hill were killed was clearly instigated by the embattled and unstable President Trump in his delusion to subvert the will of the American people who had rejected him at the polls. 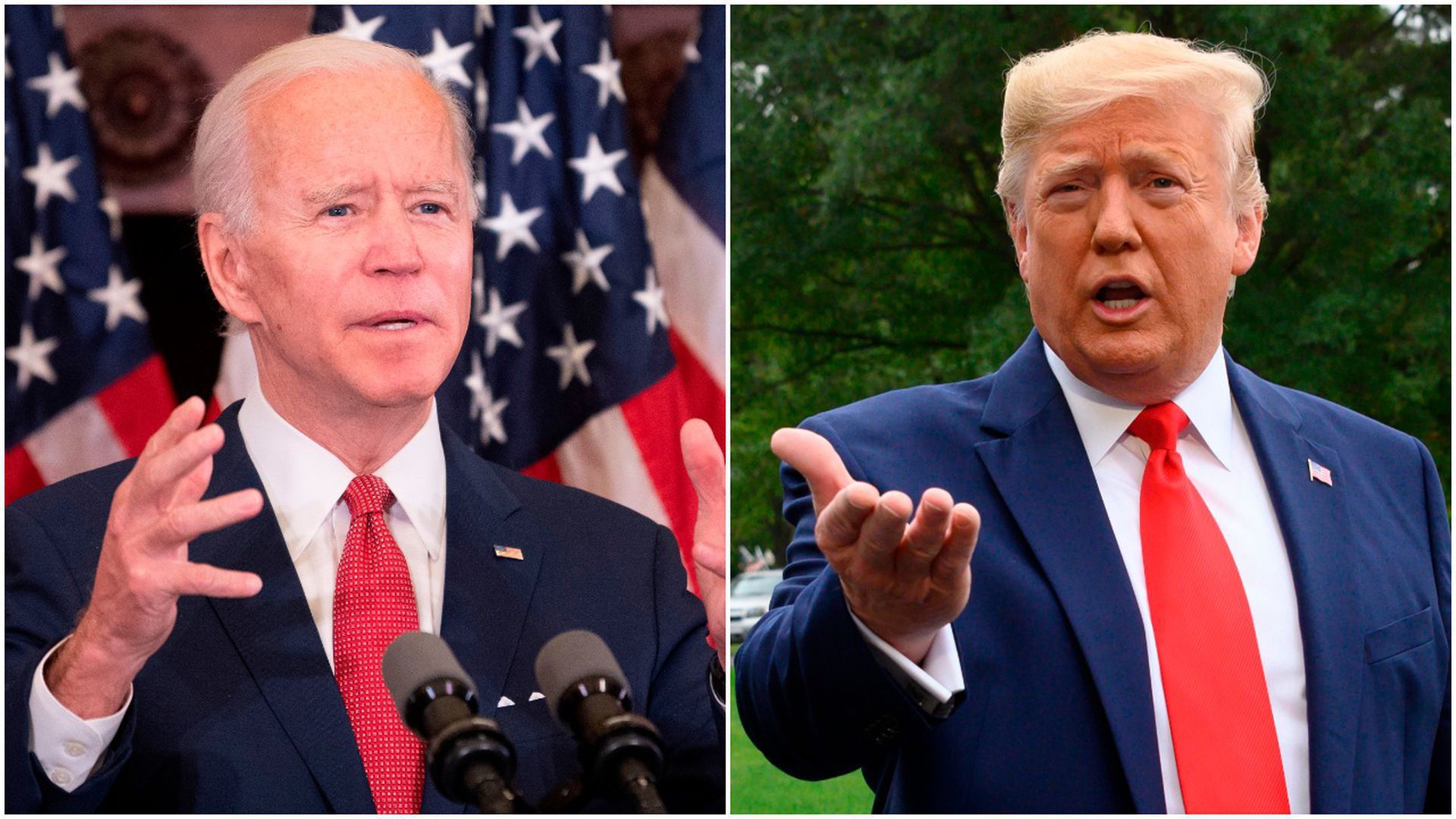 President Trump had sensed the inevitability of his loss of power hence his criminal incitement of his political base to commit the act of insurrection and terror against his country which he had sworn to defend against internal or external aggression.

The outgoing President Trump had earlier outrightly rejected the 3rd November, 2020 Presidential election which was adjudged as one of the freest, fairest, most credible and transparent elections in modern American history. It would be recalled that President-elect Joe Biden polled a total of over 80 million votes to defeat his Republican Party rival and incumbent President Trump who polled a total of over 72 million votes.

President-elect Joe Biden clearly defeated President Trump with a margin of over 7 million votes and he also won a total of 306 electoral college votes against President Trump’s 275 votes. President Trump who had claimed that the election was a great fraud and massively rigged in favour of President-elect Biden immediately filed a total of sixty two suits in courts in some key states as well as at the U.S  Supreme Court, but all the suits were promptly dismissed and thrown out as grossly lacking in merit.

It is equally pertinent to observe that Conservative Supreme Court judge who President Trump recently nominated to the Supreme Court joined her eminent colleagues in rejecting his suit as frivolous and totally lacking in merit. President Trump had consistently and irrationally maintained that the election was the greatest electoral fraud in American history and openly encouraged his massive supporters to reject the result.

He effectively and unconstitutionally blocked President-elect Biden access to sensitive security briefings and other critical intelligence reports which is the age long tradition during the period of transition between the outgoing and incoming administrations.  It is pertinent to observe also that since after the election, President Trump had openly encouraged his political supporters or base through his ceaseless divisive and inciting rhetoric and often urged them to be on the war path and defend their votes and America.

The leadership of the Republican Party or GOP seem to have maintained the grave yard silence and watched helplessly as President Trump viciously attacked the U.S sacred and highly revered democratic institutions and had failed to call him to order even as he posed a serious threat to American democracy and by extension, the globally acceptable democratic ideals and norms.

President Trump’s bizarre, outrageous and unbecoming behavior in the twilight of his exit from power obviously poses a monumental threat not only to America but the world at large if his extremely dangerous antics are not promptly checkmated by the U.S. Congress.

President Trump, during his four years tenure in office had proven time and time again that he is totally unfit to hold the highly revered and exalted office of the President of the most powerful nation on earth – the United States of America.

Trump’s inglorious tenure was characterized by unprecedented polarization of the American society along political social racial and religious divide.  It would be recalled that President Trump unilaterally abrogated or repudiated all international treaties and agreements which the U.S had entered into with her partners and allies such as (a) Iran nuclear treaty  (b) The Paris Climate Change Accord (c) UNESCO (d) WHO etc.

He equally effectively isolated the U.S from her traditional and trusted allies such as NATO, EU, G7, G12, among others. The above agreements and treaties were obviously aimed at making the world a safer place and ultimately achieve world peace and concord among nations.

Regrettably, President Trump in his delusion had considered these treaties and agreements inimical to the U.S interest but rather pursued his narrow and unrealistic interest of isolationism -“America First” and “To make America great again”  as the corner stone of his foreign policy.

The horrendous and reprehensible act of insurrection by Trump’s irate supporters when they unleashed unprecedented terror on Capitol Hill calls for urgent action by the U.S Congress and the United Nations Security Council who must treat the catastrophic incident as a threat to world peace even as President Trump must be placed under medical observation during this extremely uncertain and critical period to avoid a situation whereby Trump in his desperation to hang unto power might lay his hands on American nuclear code or button and trigger off a nuclear war across the globe.

In the meantime however, the U.S Military High Command (The Pentagon) must ensure that President Trump does not have access to the U.S nuclear facilities.

It was a cheering news however, that some leaders of the Republican Party having come to terms with the realities on the ground seem to have distanced themselves from Trump’s anti-democratic behaviours and actions.

Vice President Mike Pence and the Republican Party Majority Leader in the Senate McConnell among others must be commended for upholding the principles of democracy and rule of law for which America is well known by rejecting outrightly President Trump’s pressures and intimidation to overturn the election and undermine the will of the American people who had duly elected President-elect Joe Biden as the next President of the United States of America come 20th January, 2021.

President Trump had earlier mounted intense pressure on Vice-President Pence who presided over the joint session of U.S Congress to ensure that the Presidential election result was overturned and thereby denying President-elect Biden the constitutional certification as the 46th President of the U.S.

The American people and indeed the world at large should salute the courage of these great Americans who had upheld the democratic principles and norms and firmly stood by the American people inspite of President Trump’s reckless and overbearing character.

This positive development had once again portrayed the U.S as a nation with strong institutions which could never be undermined or manipulated by strong or powerful men in power as exemplified by President Trump’s failed attempt to undermine the will of the American people.

The Republican Party or GOP should immediately embark on the process of damage control mechanism to repair its terribly battered image during Trump’s chaotic presidency which the party actively supported for four years inspite of Trump’s glaring shortcomings that rendered him totally unfit to occupy the highly exalted office of the President of the U.S.
If the Republicans still hope to be relevant in future elections in the U.S they must begin right now to disown President Trump and his anti-democratic legacies which certainly could adversely affect the party’s political fortune in future U.S elections.

The unfolding political drama in the U.S seat of power, in Washington  D.C had proven conclusively that America as a nation is not immune to despotic or authoritarian regimes as obtainable in developing or third world countries of Africa and Asia.

Prior to the advent of Trump’s Presidency, America had always played the singular and noble role as the leader of the free world and defender of democracy across the globe. America was often referred to as the Policeman of the world even as the U.S would often prescribe and impose democratic ideals and norms on other nations of the world and would not hesitate to sanction those nations that in her own opinion had failed to conform to democratic principles and norms as prescribed by the Almighty America.

Alas! How are the mighty fallen! The Almighty America has dramatically fallen and descended to the status of “Banana Republic” where a sitting U.S President could brazenly call for an insurrection against his own country and mobilized insane mob to attack and desecrate the very temple of democracy and chased away the people’s elected representatives in a rather “Commando Fashion” in an attempt to foist himself on the American people as the first “sit-tight President” in the two hundred and fifty years American history.

It has become imperative therefore that America of today urgently needs the wise counsel of some African and Asian countries that have religiously observed the tenets of democracy through the orderly transfer of power from one administration to the other as was recently witnessed in some African countries including our own beloved country, Nigeria.

The recent horrendous and condemnable political developments in the U.S had clearly shown that America could not rightly claim the monopoly of democratic  ideals even as the unfolding political drama could be described as the darkest era in American history whereby a sitting President openly advocated for an insurrection or coup against his own country he had sworn to defend.

This is indeed the greatest tragedy of President Trump’s Presidency as he leaves behind the legacy of terribly disunited United States of America and deeply polarized along political, social, racial and religious divide. History will certainly be very unkind to Trump’s era when America progressively and systematically lost her tremendous moral authority and influence in global affairs.

It is heartwarming therefore, that the U.S Congress has risen to the occasion to restore sanity and American democracy as the Congress has now commenced the process of possible impeachment of President Trump for attempted coup de tat and insurrection against the American nation.

The speaker of the House of Representatives Nancy Pelosi had described President Trump as a deranged and too dangerous to the American nation and the world at large and must therefore not be allowed to stay any loner in power hence the Congress was determined to impeach President Trump before the end of his tenure and the inauguration of President-elect Joe Biden on 20th January, 2021.

The entire world is now watching with keen interest and excitement, the current political Tsunami now raging in the U.S – the world’s greatest champion of democracy and defender of freedom and draw important lessons from the American experience.