The Symbolic Rainfall and Cockcrow

There is time for everything under this planet called Earth. In Nigeria we have two important seasons: Rainy Season and Dry Season. The former commences from the month of March and lasts till the end of October. In normal parlance, the dry season begins from the month of November and terminates towards the end of February. This is by human and scientific calculations.

The Alpha and Omega can alter everything. After all, the whole world is lamenting of climate change and global warming. We have observed that from 1st November this year it has been raining almost on daily basis till the second week. Many, including my humble self, have been wondering what was amiss.

The question on every lip was: “Is the end of the rainy season not yet in sight?” I can still recall the year it rained heavily on Christmas day. We were unhappy about it because it spoilt our Christmas outing.

On Tuesday being 9th of November 2021, I dressed up in my sports attire for my weekly physical exercise to keep my body and my soul in equilibrium. The time was 4.00p.m. Immediately I stepped outside my house, I observed that the sky was cloudy. 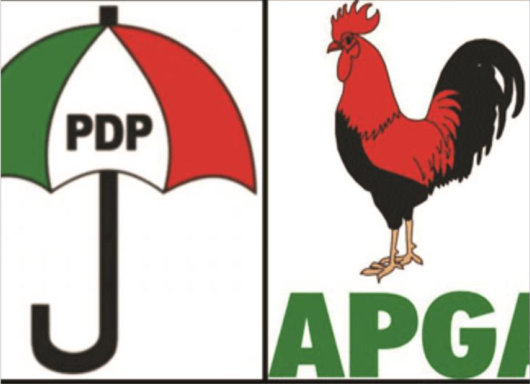 I took the risk of walking down to a nearby University arena for the routine exercise. I started with a quick-walk in a circled road which is about one and half kilometers. There was lightening at the first round. I ignored it. In my childhood days, we interpreted lightening as a sign of God taking a photograph of us. Hence we shouted, “Chukwueseeanyifoto!” At my second round, thunder began to blast severally.

I was not deterred. As a precaution against the unknown, I made the Sign of the Cross thrice. At my third round, it started to rain gradually and forcefully. I continued walking speedily. The rain was beating me hard on the body. In spite of that I completed the third round. Then I trekked home under the heavy downpour.

On my way home, someone pitifully came out and offered me an umbrella to shield my body. I rejected the offer with maximum appreciation. What is the need of an umbrella when I was already soaked like bread in a cup of tea? I was sweating before the onset of the rainfall.

Hence the rain served as coolant. In fact I enjoyed the mixture of heat and rain like a bath of hot water and cold water. Indeed the rainfall was a big blessing to me. It was an opportunity since my boyhood to once again be beaten by rain, which was very pleasant.

On arrival at home, I saw my houseboy sweeping water out of our corridor with a broom. But the broom was agitating as the water was flowing backwards.

It was like swimming against the current. Out of annoyance, I snatched the broom from the boy and threw it away. Then I instructed him to rush inside the house and collect a mop. It really mopped the water systematically.

At this point in time, the cockerel at the back of my house was crowing continuously in a rhythm. It was unusual because it was by evening time, around 6.00p.m. The crowing was symbolic. Had it been that the cockerel could talk, I would have asked it the meaning of the evening crow.

First, it was on that unique Tuesday, being 9th November 2021, that the Holy Father, Pope Francis, from his seat at the Vatican city in Italy appointed His Lordship, Most Reverend Jonas Benson Okoyeas the new Catholic Bishop of Nnewi Diocese in Anambra State of Nigeria.

Before now Jonas Benson was the Auxiliary Bishop of Awka Diocese also in Anambra State. The Emeritus Bishop of Nnewi Diocese, Most Reverend Hilary OdiliOkeke, is proceeding on retirement, having attained the canonical age of seventy-five. Bishop Jonas Benson shall fully take possession of Nnewi Diocese by February 2022. To God be the glory!

His Lordship, Bishop Jonas Benson Okoye was born in 1963. In other words, he is made in Kaduna. On own part, I am made in Jos. He belongs to my age-grade. However, he was born on wisdom day in January while I was born on fools’ day in April. He is tall, huge and great.

He might have descended from the tribe of the biblical sons of Annak. On my own part, I am lanky and insignificant. He was born with golden spoon in his mouth while I was born with toothpick in my mouth. Bishop J.B. Okoye is talented physically, morally, spiritually, academically, psychologically and otherwise. He is a big treasure to the Church. He will greatly be missed in Awka Diocese as well as in Ekwulobia Diocese. Nonetheless, his Episcopal promotion is a great blessing.

Nnewi Diocese is lucky to have Bishop Jonas Benson Okoye as their incumbent Local Ordinary. By the grace of God, he will surely raise Nnewi Diocese to a greater height from where Emeritus Bishop Hilary Okeke stopped. Long Live Nnewi Diocese! Long Live the Universal Catholic Church! Thanks to Pope Francis for the Episcopal appointment and elevation. Bishop Jonas Benson Okoye, I wish you God’s guidance and success in the Lord’s Vineyard at Nnewi. Heaven awaits you at last but not so soon.

Secondly, the symbolic rainfall and cockcrow which took place on 9th November 2021, on the day the supplementary gubernatorial election took place at Ihiala Local Government of Anambra State were signs that something great was about to happen in the State. Before then, there has been tension and palpable fear of the unknown in the State, which was before now adjudged as the safest State in Nigeria.

The State was transformed from Home for All, to be the Light of the Nation. When it was Home for All, good people and evil people lived together and were sleeping with one eye closed. But when the Light came, there was no hiding place for criminally minded people. They took to their heels.Anambrarians began to sleep with two eyes closed.

It was during the reign of Dr. Chris Ngige that Anambrarians began to enjoy the dividends of Democracy, though he became governor through the back door. He fought the god-fathers who held the State to ransom for years. He paid salaries and built roads. Governor Peter Obi came in with vision and transformation in all ramifications. Anambrarians heaved a sigh of relief.

The dividends of democracy reached the ends of the State. Obi raised the standard of Education in the State and equipped our hospitals. He courageously handed back schools to their original owners. This made moral and academic lives of pupils and students to reach an enviable height.When his 8-year tenure ended, Governor Willie MaduaburochukwuObiano, the Akpokuedike of Aguleri came on board.

He continued from where Obi triumphantly stopped. He paid salaries promptly. Hence he is popularly called the Alert-Governor. He transformed Awka Capital from town to city. Under few months he built International Passenger and Cargo Airport at Umuleri in Anambra State. He also built the International Conference Centre at Awka. Indeed Willie is working. He will leave office on 17 March 2022.

When the November 6, 2021 governorship election was approaching, the enemies of progress struck in Anambra State; killing innocent persons going about their daily businesses. They masked themselves as unknown gunmen. However, God knows them and their sponsors.

It was politically motivated because of the just concluded governorship election, which was geared towards instilling fears in the minds of the people. Many Anambrarians went underground. Those abroad refused to come home for fear of the unknown.

The gubernatorial election was hanged in a balance. Some bad elements within and outside Anambra State wanted to cause confusion in order to hijack political power by all means. For them, the end justifies the means. In moral circle, the means justifies the end.

At last,the good triumphed over evil. God answered our prayers. The gubernatorial election was held peacefully. It was adjudged the freest, peaceful and most credible election ever held in Anambra State. To God be the glory! Anambrarians spoke with one voice by casting majority votes for Professor Chukwuma Charles Soludo of All Progressive Grand Alliance (APGA) as the next governor of Anambra State, come 17 March 2022. Since then, the cock has been crowing unabated.

Light shone from Heaven down into Anambra State. The agents of darkness took to flight. The voice of Ikemba Chukwuemeka Odumegwu Ojukwu was heard from heaven shouting, “The victory is ours! I am dead but alive!” The Angels of God in unison sang, “Glory to God in the highest! And in Anambra State, peace beto men and women of good will!” The Independent National Electoral Commission (INEC) did a good job. The Security Agents played a nice role by ensuring that peace and order reigned.

Kudos goes to Governor Willie Obiano for securing his State. Thanks to President Muhammadu Buhari for his unique role and non interference. The greatest appreciation goes to the Almighty God who never sleeps. The losers should congratulate the winner. The winner should offer olive branch to the losers. If you lose today, tomorrow is another day. It is victory for all. Let us all give chance for peace to reign in Anambra State.