Today, I bring you the story of a Zimbabwean-American woman whose story is a true inspiration, especially to young girls who do not have the courage to face the future or even the self-confidence to live their lives full cycle, especially as we now live in a world where women are considered second class citizens.

It is a story of determination,  perseverance, hope and focus. It is a story about a girl who was born into a cattle herding family in rural Zimbabwe, where all she ever dreamed of was getting an education. She was denied education because of her gender and poverty in her family. 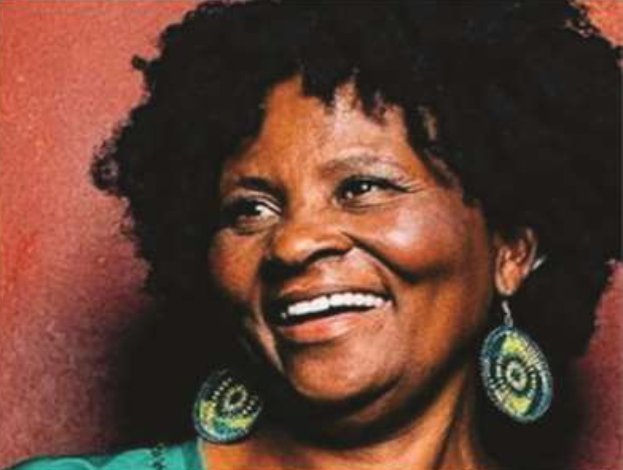 However her brother was sent to school in spite of the poverty because back then boys were referred to as the future while girls were said to belong to their husbands and where they will be useful only in the kitchen and the  bedroom. Terarai taught herself to read and write from her brother’s books and eventually started doing his homework.

When she was eventually sent to school it was done reluctantly and even at that very tender age, she was married off and had given birth to three children by the time she was just 18. Sadly her father eventually married her off at a very tender age by accepting a bride price of a cow.

Her husband abused her and beat her up really badly when she demanded to attend school. Let me would allow you to read the rest of the story but it really made me happy to know that eventually, she had the opportunity to get educated and  earn a Masters degree and subsequently, a doctorate degree while her abusive husband was eventually deported for abuse. Thankfully she eventually married the love of her life. Please read…

She was beaten by her husband for wanting education.

She fed her children from the dustbin to survive.

Tererai grew up in a poor cattle rearing family in a remote village in Zimbabwe. At age 11, she was married off and by the age of 18, she was already a mother to 4 kids.

Her brother showed her book and she couldn’t understand a word in it as she couldn’t read or write. She taught herself how to read from her brothers books and from then all she wanted was to be educated.Her husband found out she wanted an education badly, and instead of supporting her, discouraged her by always beating her or insulting her. Her husbands friends supported him. 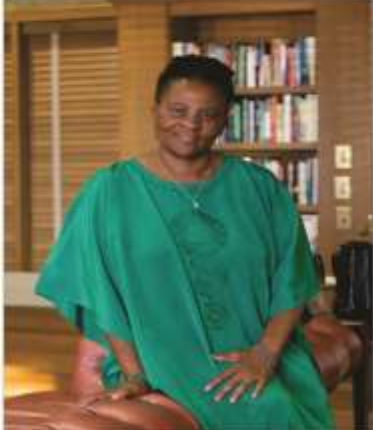 They said, “A woman’s place should be in the kitchen, she has no need for education”. Her husband told her, she was worthless for wanting an education and she believed him. But one day she met a woman who changed her life, an American called Jo Luck, former C.E.O of an N.G.O Her N.G.O was Heifer International working to eradicate poverty and hunger in Africa. They came to her village in Zimbabwe and she sat with Tererai and the village women in a circle.

She asked the women their dreams and they were all talking but Tererai kept quiet. She noticed and asked Tererai, “What are your dreams?”

She replied, “My name is Tererai and I want an education”. She looked at Tererai and said, “If you believe in your dreams, they’re achievable” She used the word “TINOGONA” which means “ITS ACHIEVABLE” in Zimbabwe. At that point, Tererai was pregnant with her 5th child with no education whatsoever. How could this woman say my dream is achievable, she thought to herself. But she was happy, someone believed in her dreams, so she ran home to her mother and told her that she met someone that believed in her. Her mother told her to write down, then bury it so as to always remind her.

She wrote these down, wrapped it in a plastic, placed it in a can and buried it under a rock. Her mother encouraged her to break the cycle of poverty and illiteracy in their family and village. She left her marriage and people called her a “Pariah” meaning an outcast and treated her as one.

She began her elementary school education and got a GRE certificate. She applied for a scholarship and got into the Oklahoma state university in the United States. Her mother sold some cattle’s, some of the village women contributed some things and with that she left with 5kids to the US.

And it only got more difficult from there. She worked 3 jobs in the US whilst going to school and yet it wasn’t enough to feed her kids as they became malnourished and had bleeding gums.

The store keeper agreed and said, I won’t hand over these fruits to you but I will pack them in cartons and place them near the trash can. But anytime she went to pick the fruits and vegetables, she would see the cartons inside the trash can with some of them mixed with dirt.

She would pick them up, wash and then feed her children with it. She had a dream but at this point, she was about giving up because she couldn’t watch her children suffer. Her son cried and begged her mother to let them go back home because the suffering was just too much.

Then one day she was walking home defeated when a woman stopped her. The woman said, “I think I know you” and she stood confused because she has met many white woman, so who is this? The white woman insisted that she has met her before and that was when she remembered.

She bagged her BSc.

She bagged her Masters.

She bagged her PhD.

She achieved her dream and Oprah called her on her show where she shared her story.

Few years later, she called her back and asked her, what’s your dream now? Tererai said, to build schools in her village and to educate children, Oprah donated £1.5million to help fund it. Oprah said “Tererai is my all time favorite guest on my show”. Oprah sent her media crew down to Zimbabwe to cover her story and from afar, they heard drums of villagers dancing to welcome their daughter, Tererai!!! Tererai dug up the shallow grave where she buried her paper.

Her paper of dreams for all to see.

Today I say to you, YOUR DREAMS ARE VALID!!!

Today I say to you, TINOGONA!!!

It’s no coincidence that she met Jo Luck in US along the corridor but it’s divine, it’s all part of God’s plan. Today she has a statue of herself in the US!!! So I ask, do you have a dream?

A dream that looks too big?

A dream that looks impossible?

And work tirelessly towards it.

And finally, as a mother, nurture and encourage your children’s dreams, don’t shut them down! Tererai’s mother should be a role model to all mothers. She encouraged her verbally. She encouraged her financially by selling her cows to fund her dream. Women don’t belong to the kitchen, they belong at the top wherever men are. God bless all men supporting their women. Amen.