The Military Junta and Civilian Politics in Nigeria

Across the over 200 countries in the world including 55 countries in Africa Nigeria inclusive, there had been struggle in the past for independence. Many countries in Africa had witnessed Military Regimes; interventions in politics. Call it military junta or coups.  Egypt experienced the first military coup in 1952 when Colonel Abdel Nasser took over power. 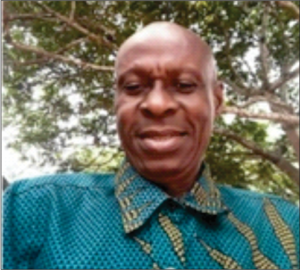 Togo was the first West African State to experience major coup which brought in General Eyadema to power in 1963 after removing President Olympio. In 1966 Kwame Nkrumah of Ghana was removed from power. In Nigeria on 15th January 1966, the first Military coup sacked the Civilian Government from Power.     This can be called battle for leadership. That is, Military Versus Civilians. At this juncture, let us have a brief over-view of some independence dates of African countries;

Coming down to our dear country Nigeria, since after independence, in 1960, there had been 29 years of Military Junta. The historical analysis of Military and Civilian Regimes in Nigeria can throw more light on this.

Military Regimes in Nigeria Jan 15 to July 29, 1966; Major-General Aguiyi Ironsi was the Military Head of States (HOS) for 6 months

August 1993 to Nov. 1993 Chief Ernest Shonekan was the Head of Interim National Government for 3 months

June 1998 to May 29, 1999. Appointed Military HOS in the person of General Abdulsalami Abubakar for one year

Civilian Regimes in Nigeria Continues from May1999 to Date:

May 6, 2010 to May 2011; Dr. Goodluck Ebele Jonathan was the Acting President of Nigeria after the death of Musa Yar’adua  for one year

May 2015 to Date; General Muhammadu Buhari is now the current Civilian HOS/President of Nigeria for 7 to 8 years

Coups and Counter-Coups and Military Intervention in Nigeria Politics

From Daily Times Publications Special Edition 2003, Nigeria had recorded at least 11coups in the country. From my Analysis and records Nigeria had over 29 years of Military Regimes call it Military Junta or Military Politics. It is on records that Nigeria had only over 27 years of Civilian Regimes with Military guidance and 3 months of National Interim Government.

It is worthy to extend it to other levels in no distant time, such levels to include:

At present, Nigeria has four Arms or Estates/Realms of Government namely:

The Press is the 4th Estate or Realm of the Government, the Media that relay information which is power from the seat of Government to the door step of the Governed and Vice-Versa.