The Message of Easter to All Christians

In commemorating the resurrection of Jesus, Easter celebrates the defeat of death and the hope of salvation. It is a Christian festival which is narrated in the New Testament. It tells the story about how Jesus was arrested by the Roman authorities simply because He called Himself the son of God. At the end, they tortured, crucified and buried him. Three days after that, he arose. It is this resurrection that marks the occasion of Easter.

Easter is a very important feast for Christians because if Christ had not risen, the Christian faith would have had no foundation. Because the Bible made the prophecy that he would suffer, die and resurrect after three days, our faith is confirmed, sure and safe. It also shows us that the Word of God is true, alive and active because of the fulfilment of His word. 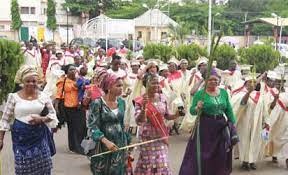 His resurrection has also secured our salvation because if He had remained dead, He would not have been able to save the world from sin and death. Because he is alive, our salvation has been secured.

Jesus Christ did not come to judge the world. He came to save the world and allowed himself to be put on trial so that there would be no doubt about who He was. Even though He knew He would be proven guilty, put on the cross and killed, He allowed it to happen.

Christians need to understand the depth of the sacrifice made by Jesus Christ and always remember such an extreme show of love for mankind: forgiveness to those who killed Him and submission to the will of God the father.

This is hoping that the forty days of Lent observed by all Christians helped to make them soberly reflect on the love and sacrifice shown by our Lord and saviour, Jesus Christ, as we all celebrate his resurrection and victory over death.

We wish the good people of God a Happy Easter and pray that all our troubles will be left behind as we get renewed and resurrect with Christ to a new life!!!