You know the thing they say about vessels? They make noise when they are empty. It’s not just a popular saying. It’s a factual one. However, when a vessel is loaded and filled to the brim, it doesn’t make noise. Even if you hit it with a hard piece of wood, you can only hear a subdued kind of noise from it.

That was the trend of my thoughts as I listened to the very calm, unassuming, humble, but cerebral Valentine Ozigbo as he spoke to some members of the fourth estate of the realm during a virtual meeting, days ago. His story is that of the new kid on the block and like is typical of me when I come across such ‘new kids’, I am filled with such curiosity that most times, prompt me to beam my searchlight on them.

Valentine Ozigbo has indicated interest in changing the narrative in our dear state in the area of governance. Having studied his background, I realize that he has one thing in common with the past two consecutive governors of this state, Mr Peter Obi and Chief Willie Obiano, which is a banking background.
He actually joined TRANSCORP with 17years banking experience, with his last role as General Manager. He is also the chairman, Feet ‘N’ Tricks International business promoter of freestyle football in Africa which has in no small measure, discovered and nurtured talents in sports, thereby, adding value to the lives of these youngsters and their families. He sits on the board of Transport PLC, Transport Hotels PLC and Transport Power Limited.

Aside from being the immediate past president of Transcorp PLC, Ozigbo was the first ever CEO of Transcorp Hotels PLC. It was under his leadership that Transcorp got globally and locally recognized for excellence in delivery and financial performance. His strides are super impressive and these are just tips of the iceberg.

Going forward, our discussion with him was robust and exhausting and I think one of the things I loved about this dashing gentleman is his confidence, passion and drive. He seems to me like a strategist and one who has a clear vision of where he is headed. It won’t be wrong to see him as a vessel for transformation in his field of play.

It is on record that as CEO of Transcorp Hotels Limited, he led the transformation strategy of the business, while ensuring the consolidation of its status as the leading hotel in Africa. His philanthropic nature is unsurpassed as seen from his active participation in events concerning the Catholic Church, where he worships.
This is proven by his commitment to the popular Unusual Praise Gospel Concert that takes place annually at his parish, Divine Mercy Catholic Church, Lekki. Apart from adding value to lives through his foundation, the Chineto Ozigbo Foundation which has organized Youth development and leadership training and competitions in the state, Ozigbo has carved out a niche of having a human face in society. You won’t be wrong to describe him as youth and family oriented. Such a humane fellow!

Recently, after much persuasion, this amazing gentleman finally bowed to the pressure on him to take up the mantle of leadership in Anambra state in the next political dispensation. Listening to him, I was filled with admiration at his simplicity and direct approach to every question thrown to him. He spoke a lot about the tradition of giving back to a society that has offered him so much.
Little wonder he has made a lot of impact in his hometown where many families have greatly benefitted from his philanthropy. He believes the future is digital and modern and that it was about time Anambra joined in the global change like the rest of the world.

He has also contributed greatly to the cultural heritage of our dear state as seen in his interest in the Mbem and Oja Voice Melody Competition which he championed in order to add value and give meaning to our culture and tradition. He is a firm believer that the Igbo culture is very rich but also, needs to be harnessed.

Now, being the CEO and President of a conglomerate like Transcorp PLC is not a position that the guy next door is lucky to have ordinarily. It is a lifetime dream for many people. So, it got me worried when I think that he walked away from it all because he wants to serve his state.

I taught about so many ‘what ifs’ as we had that interaction with him. Yeah! What if the sacrifice isn’t worth it? What if he doesn’t win the election? I mean, this is the Anambra State election we’re taking about. Anambra is so tough that the gubernatorial elections in the state can be compared to the presidential election in Nigeria.

I remembered my dear friend, the very cerebral Kingsley Moghalu who had so many lofty dreams about transforming this country. Kingsley is one guy who had a clear cut manifesto that spelt out brilliant and specifically drawn plans on how to solve the problems of our country. They were so impressive and I remember asking him at his residence in Enugu as I had a one-on-one exclusive interview with him, if he wasn’t trying to bite more than he could chew.

He never lost his confidence. He told me he was positive that he would win. Well, I will always remember the look on his face after he lost the election and expressed his disappointment that Nigerians did not want to go for the best candidate, but wished them well. You see, that’s where I have misgivings about guys like Ozigbo who have it all and yet want to throw it all away for love of their state. However, his confidence is unflinching and his positivity, really infectious.

He believes that he has all it takes to reset the standard of governance in the state. He admires the former governor Peter Obi a great deal and says he is the governor that has most impressed him in the state. He also acknowledged that the incumbent, Chief Obiano has done well in certain areas, but he intends to take it all some steps higher. He believes that the future generation deserves better, therefore instead of sitting in the comfort of his home to criticize the government for not doing well, his resignation from the exalted position of Transcorp President was a sacrifice he had to make just to make Anambra better.

Again, I am bowled over. If this isn’t true sacrifice, then tell me what is!
Ozigbo will be running under the platform of the People’s Democratic Party (PDP). He believes that he knows the strengths and weaknesses of the PDP both at the national and state levels which is why he has faith in them and believes they have better leadership presently.

He speaks the language of loyalty as far as the PDP is concerned and believes that being active in the party will help to unify better, the Anambra chapter of the party. In an interview he granted in a different platform, he had this to say, ‘If you are in leadership, you would want to remain in leadership. But if you really want to strengthen leadership, you must try and elevate those around you.

That is why I get the shock of my life when I see people go for less competent people when they are choosing their deputies because they don’t want their position to be threatened. That’s not fair. For me, you succeed when you surround yourself with competent people, so that together, you take whatever you’re doing to the next level.’ I like this man!!!

Valentine Ozigbo is a true son of the Anambra soil. He has given up so much to be at this point in his life where he is super committed and focused about serving his state. His steps are steady. His intentions are genuine. His passion is undiluted. His mission and vision are impressive.

His love for the state that birthed him, unsurpassed! I will end this piece with a quote from him and it says: I’m committed to creating a brighter future for the Light of the Nation, Anambra. 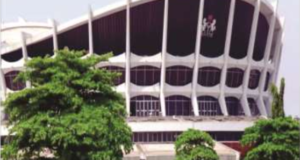 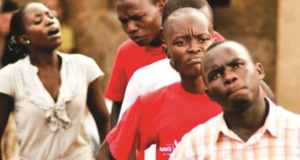 Travails of a Nigerian youth 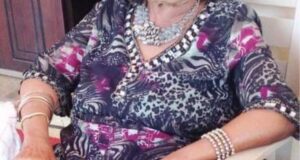 Rest in Peace Amazons of the Aguiyi-Ironsi and Okpara Families