The Length of Lent

In mathematical language, length can be defined as the measurement of something from one end to the other. I am not good at mathematics, but I am aware of vertical measurement, horizontal measurement and diagonal measurement. All things being equal, length in time measurement is the amount of time one spends in doing something.

On the other hand, Lent is a period of forty days devoted to prayer, mortification and charity. It is equally a period of participating in the suffering, crucifixion and death of our Lord Jesus Christ. Lent gives birth to Easter. Lent can be measured in terms of mathematical and time measurements.

The outcome depends on the spiritual benefits obtained by Christians during the holy season. In other words, what matters is the spiritual dimension of lent and not the mathematical dimension. Are we together? Please do not crack your brain. Let me dissect the nucleus of my theological ingenuity. 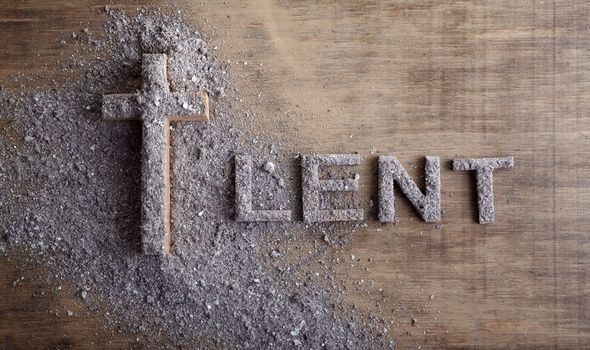 During his earthly ministry, Our Lord Jesus Christ withdrew into the desert to pray. There he fasted for forty days and forty nights. This is the divine origin of lent. Hence the length of Lent is measured 40 x 40, which gives rise to 1,600 heavenly graces. At the end of Jesus’ desert experience, Satan wanted to snatch him of those graces through temptation.

Because Jesus was hungry, the tempter asked him to turn stones into bread. But the wise Lord Jesus outsmarted him saying, “Man does not live on bread alone, but on every word that comes from the mouth of God” (Mtt. 4: 4). Next the devil took Jesus to the pinnacle of the temple and asked him to jump down from there, for the angels according to the Scripture were at hand to hold him, lest he hurt himself on stones.

Jesus Christ also replied scripturally, “You shall not put to the test the Lord your God” (Mtt. 4:7). At last the furious deceiver took Jesus to the top of a high mountain and showed him the riches of the world. Satan promised to bequeath all the riches to Jesus should he fall down and worship him (the devil). Our Lord asserted, “Be gone Satan! Scripture says: worship the Lord your God and serve him alone” (Mtt. 4:10).

After this, Satan was dislodged and disappointed. He went angrily back to hell. Immediately he came into his kingdom of hellfire, Satan transferred his aggression by making the fire of hell hotter than before. The inmates experienced the hottest aspect of hell on that day.

God forbid that you and I will experience such agony at the end of our earthly pilgrimage! Let us avoid ‘had I known’ now that we are still here on earth by doing good and avoiding evil; and by repenting from past iniquities. We must avoid being engrossed in the riches of this ephemeral world to such extent that we are ready to worship Satan.

The three things that can draw us away from the kingdom of God are pleasures of the flesh, inordinate acquisition and use of power, and becoming rich by all means. Jesus himself sternly warns: “What shall it profit a man if he gains the whole world and loses his soul?” (Luke 9:25). This is a delicious food for thought.

Human beings have two legs while animals have four legs. In the Novel titled ‘Animal Farm’ by George Orwell, the pigs in the farm revolted one day due to the obnoxious treatment they received from the human officers in charge of the farm.

They sang in unison, “Four legs good! Two legs bad!” From thence the pigs took authority into their hands after expelling humans from the farm. With the passage of time, things unfortunately fell apart among the pigs themselves. They became worse than the human authority they overthrew.

They started working on two legs instead of four. Thus the big pigs in authority asserted their superiority over the majority of the pigs who must walk on four legs. Hence the few pigs in authority walking now on two legs reversed their song to: “Two legs good! Four legs bad!” This is just a digression but a good lesson for those in civil and religious authorities, especially here in Nigeria

Unlike human beings and animals, Lent has three legs. They are prayer, fasting and almsgiving. The three are measured in spiritual dimension. Each leg is peculiar. However, they are interdependent. Walking on only one or two of the legs is a spiritual disability. One becomes totally and spiritually lame if none of the three legs of Lent is workable.

According to Saint John Chrysostom, “Prayer is the light of the soul, giving us true knowledge of God. It is a link mediating between God and man” (Homiletics 6 on Prayer). In other words, prayer is communication between man and God.

It is not a matter of words but devotion of the heart. Our Saviour Jesus Christ while on earth always withdrew from the crowd in order to commune with the Almighty Father. Therefore, no one should be too busy to pray. Often we excuse ourselves with this common quotation: “To work is to pray.” Yes, that is true in matters of necessity, such as the time devoted in saving human life in danger.

Doing other corporal and spiritual works of mercy also suffices. During this season of Lent, we ought to devote enough time to personal and community prayer, such as Holy Mass, Eucharistic Adoration, Stations of the Cross, Rosary and other religious devotions. We should always ask the Lord to teach us how to pray, because no one can boast of praying perfectly.

At times hundreds of distractions clamp into our minds as we kneel to pray. Prayer involves Adoration, Contrition, Thanksgiving and Supplication (ACTS). Regrettably, most people say only the prayer of supplication: ‘God give me this or that’ (Anayochukwu). Praising God is the most essential aspect of prayer (Anaetochukwu). Anaetochukwu is the senior brother of Anayochukwu.

God never disappoints. He can answer our prayer directly or indirectly. A little boy of seven years wrote a letter to God, asking for his school fees because his parents were pauperized. He posted the letter in the Post Office and waited for God’s reply.

During the sorting of letters, the Post Master came across the envelope addressed to ‘Mr. Almighty God in Heaven.’ He took the letter to the Local Government Chairman for his intervention. Later the boy was traced with his personal address at the top of the letter and was given government scholarship to study to the university level. Has God not answered his letter?

The second leg of Lent is fasting, which is a religious practice of total or partial abstinence from food and drink for a period of time. Dry fasting involves not eating or drinking anything at all for a stipulated time. Something happened few years ago in Jos.

A pious and charismatic motor mechanic attempted dry fasting for forty days and forty nights as Jesus Christ did. As days went by, he began to look skinny. On the 15th day, he was almost a bone skeleton with tiny flesh. His friends and associates advised him to take some food and water.

He turned the advice down. On the twentieth day he fell into coma. He died after 21 days of dry fasting. He couldn’t make it to the intended 40 days. Was his fasting justifiable? Was it suicidal? Did he merit heaven, purgatory or hell? We can only speculate. God has the final say.

It is pertinent here to note that fasting is not only a reduction or abstinence from food and drinks, but a gradual process of elimination of our vices. Saint John Chrysostom admonishes: “Let the hands fast, by being free of avarice. Let the feet fast, by ceasing to run after sin.

Almsgiving is the third leg of Lent. God loves a generous giver. Since the outbreak of Coronavirus pandemic, the number of people in need has tripled. We should listen to the cries of the poor in our midst. They need food, drinks, clothes and shelter. Charity covers a multitude of sins.

The members of the newly formed Association of Stingy Men should rethink. The less privileged who receive from the bounty of others should also share with the least privileged. It is better to give than to receive. Asking (Anayo) should not be manifested in selfishness but in generous giving (Anaenye). In a nutshell, Anayo is the identical twin brother of Anaenye.