THE LAW AND YOUR MARRIAGE: Enticement and harbouring

Harbouring and enticement are actionable torts. Section 126 of Torts Law of Anambra State, Volume 9 of The Revised Laws of Anambra State of Nigeria, 1991 declares, “An action in tort for damages shall lie against a person who without lawful justification or excuse induces one spouse to leave the other or to remain away from that other thereby causing the latter to lose the consortium of the spouse so enticed away.” 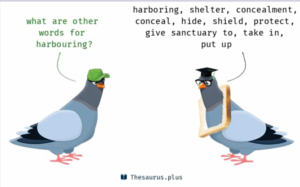 Thus, enticement means persuading, inducing, inciting, or procuring the spouse of another without lawful justification to leave and remain apart from the spouse. It is the deliberate breakup of a marriage.

The requirement for successful action in enticement was laid down by the West African Court of Appeal in Sharples v. Barton (1951) 13 WACA 198 as follows: The plaintiff must prove that the defendant actively procured, persuaded, or induced the plaintiff’s wife to depart from the matrimonial home. An action for enticement succeeded in Wagbara v. Wobo (1971) 1 R.S.L.R. 14, where the plaintiff had a wife, N, whom he had married according to customary law.

The plaintiff and N had lived together in the former’s house as husband and wife for about three years, when N left the plaintiff on the pretext that she was going to assist her mother who had recently given birth to a baby. The defendant later confessed to a juju priest that N was his girlfriend and that she had been staying with him in his house, but he denied that he knew her to be married to the plaintiff.

Counsel for the defendant argued that the action for enticement was available only to persons married under the Marriage Act 1914. The court discountenanced this argument and held that the defendant who after confessing to the priest, had asked the latter to plead with the plaintiff on his behalf to give N up to him, and that he had expressed his intention of marrying N. This showed “that the defendant persuaded the plaintiff’s wife to leave the plaintiff’s house and come to his (defendant’s) house to live with him, which, in fact, she did.”

It is not sufficient for the plaintiff to show merely that the defendant assisted the plaintiff’s wife or aided and abetted the wife’s departure from her husband, where the decision to leave was that of the wife herself. In the case of Adu v. Gillison (1962) W.N.L.R. 390, the plaintiff, who was a lecturer at the then University College, Ibadan, sued the defendant, a senior medical officer in the same institution, for damages, for the alleged enticement of the plaintiff’s wife. 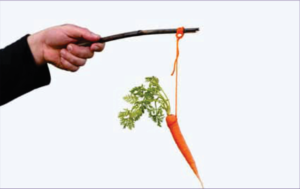 The defendant’s defence was that he had advised the plaintiff’s wife on medical grounds and in good faith that a period of separation from her husband would help her to readjust herself and to restore her emotional equilibrium. The court, per Somolu J. held that,

“…I do not think that a mere busy-body attitude on the part of the defendant is sufficient to make the husband recover against him. Were this so, even the common carrier of the taxi driver who knows that a wife is leaving her husband’s house against his will but nevertheless helps her to pack…, will each be liable to be sued in damages for enticement as aider and abettor, but I have no hesitation in saying that this is not the law.”

On the other hand, harbouring does not require any element of persuasion, inducement, or incitement. In North J’s words. “It is prima facie enough to give shelter to the wife of another.” An action does not lie for harbouring a wife where she is kept by a defendant for principles of humanity to secure her from ill-treatment by her husband. In Spencer v. Relph (1969) N.Z.L.R. 713 at 730, McCarthy J. suggested that “to justify harbouring, the ill treatment of the wife must be of a grave and convincing character,” but it appears that the Nigerian courts are prepared to take a more lenient view.

Consequently, in Adu v. Gillison (1962) W.N.L.R. 309 at 392, Somolu J cited with approval a dictum of Greer LJ. in Place v. Searle to the effect that the defendant was absolved from liability even where the wife’s allegation of ill-treatment turned out to be unfounded. It was also held in Nelson-Peregba v. Zaidan, held that the husband’s desertion of his wife justified harbouring by the defendant.