The Irony Of Being Extraordinary

All my life, I’ve heard this. I’m not sure when it started but I know that every time I heard it, I doubted myself more than I should have. I was always doing so many things. Not all at once, but one after another. And yet, it made me feel hollow every time I heard it. I felt like I was denying myself greatness.

A lot of us were raised in a world of either/or’s. We’ve always had to choose something over another. Sometimes, we had to give up what we wanted just to stick to what we were supposedly good at. After all, Michael Jordan did not become great by focusing on his major in cultural geography, right? We should probably do the same. We want to be extraordinary as well. Big man!

“Yeah, I was good at playing the guitar but I was also good at maths, you know? If I do so many things at once, I won’t really be good at anything. So, I’m going to focus on my studies. That’s going to be my story”

It makes sense. If you’re told about a treasure hidden somewhere near your house. Would you look for it in 100 directions or would you investigate and find the right direction to look for? 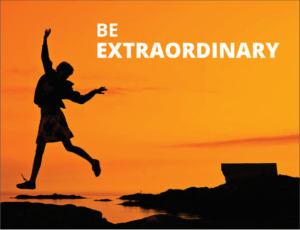 But sometimes, it’s not about the treasure, is it? Not all of us want to be extraordinarily rich. Some of us find happiness in being able to experience the joy of being able to sing, dance, and even be great at tennis while working a 9–5 job!

I know we can’t be Bruce Wayne. It’s improbable in the real world. No one can be exceptional in all aspects of their life. Businessmen often have messed up personal lives, extraordinary athletes are often dumb as shit and celebrities act like idiots outside the big screen. They’re all people who excel in one single aspect but are often lacking in the other aspects of life.

Is it really such a bad thing to be good, not exceptional, at about 5–6 things and have a very balanced, but average life?

For the most part, we are all average. It’s the ones on the extreme ends who get all the publicity. A vast majority of us may never be truly exceptional at even a single thing. But that’s okay.

Like Mark Manson wrote in one of his articles, “In defense of being average”,

Mediocrity, as a goal, sucks. But mediocrity as a result, is okay.

Most of us don’t get this. We feel like we’re all destined for a greater purpose and entitled to bigger things. We sabotage our opportunities in this crazy, ludicrous race by sacrificing all the small things that make us happy to stick to the one thing that we believe we excel at.

Celebrities say it. Businessmen say it. Politicians, parents, and even our teachers say it. “We’re all destined for greatness.” Sharpen a single skill and chisel yourself till you make it. One day, you’ll become a “big man”.

But who put it in our heads that being average means you’re a failure? Who said that you’re only at the peak of your life when the whole world is watching?

Being good at 4 things but not excelling at any of them does not mean you haven’t achieved anything worthy. A lot of us are scared to admit our mediocrity because we think that life is only worthwhile if we become great and exceptional. It’s a dangerous way to think because then you would mean to say that about 80% of the human population is worthless & sucks.

The ones who are great are not great because they believe they are. But it’s because they are obsessed with improvement & feel like they’re anything but great. They didn’t believe that they were destined to be one of the extraordinary. And that’s the irony.

They lived the average life and slowly climbed their way up. Some are able to do the same, while others aren’t. It’s a very thin line that separates the good from the great(not discrediting what sets them apart). However, it still doesn’t erase the fact that you’re incredible at what you do! Even if you can’t be the best out there, you’re unique and doing well for yourself. Greatness can be as simple as being a superhero to your kid. Don’t shy away from telling the world that you lead three to four different lives, however small and fruitful, they may be.