I offered him a seat and he sat down hopefully. I opened the letter before him and read it silently. When I came to the second paragraph, I paused and laughed where he stated categorically in capital letters: “I AM RETIRED BUT NOT TIRED.” I read it aloud and fell into another stage of laughter. He glanced confusedly at me and asked, “Father, what is amusing you? Please I am serious. It is not a laughing matter. 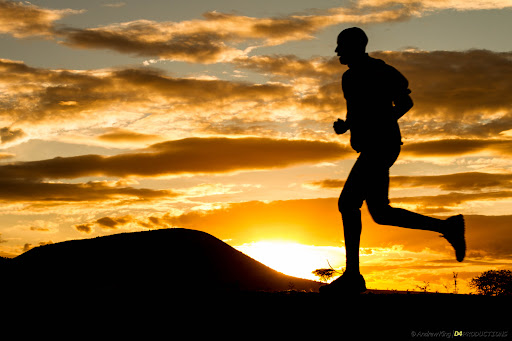 Indeed I retired as a headmaster in the civil service. However, I am not yet tired as you can observe by yourself. I want to continue to work as the headmaster of your private school, if I am considered. In fact, I am still full of bombastic energy.” That vocabulary ‘bombastic’ bombed my medulla oblongata immediately. I shook my head in surprise.

Then I asked him to show me practically that he was not yet tired. He stood up instantly and removed his long sleeve shirt, leaving him with only white singlet and trouser. He blew his hand muscles with alacrity like thick balloons. He went ahead to box the concrete pillar in my office with bare clenched fingers. He attempted to carry me and my executive chair shoulder high.

I shouted, “Sir, it is enough! I can see that you are still full of vitality. Go home in peace. Your application will be given accelerated consideration.” By this time he was sweating and breathing profusely. He saluted me like a gallant soldier and left happily. At last he was considered for the job because of his oral, written and practical fitness. If you are really tired, then you can never succeed in the heavenly race.

The just concluded Olympic Games in Tokyo the capital of Japan recorded successes and failures. Many competitors from different countries participated in track events. Some won bronze, silver or gold medals. Others tried their best, but could not win any medal. The best runner in the field race went home with seven gold medals. He is from the country I would have wished to come from, if I were consulted before my birth.

The young man was crowned the champion in the Olympic race competition. With high zeal, he decided to run home on foot from Tokyo to his ideal country, which is millions of miles away. It is indeed a herculean task, but determination leads to success. It will take him many months. It is quite clear that he would jump over human and satanic hurdles along the route to his destination.

Some journalists accosted him on the way and put some salient questions into his mouth. He was asked the possibility of reaching his destination alive. He was optimistic that he would make it by the grace of God. Another asked him, “As a gallant runner, how prepared are you to run the heavenly race?” He answered, “If I could win gold medals in the earthly race, then the heavenly race is rest assured, because we begin from the known to the unknown. My next task is to run into heaven on foot.

It may take me several years, but I shall be there.” The last but not the least journalist asked him, “Are you dreaming?” He replied enthusiastically, “I am quite awake. Please allow me to go on my way because delay is dangerous.” Earthly race is the beginning while the heavenly race is the ultimate end.

In the earthly race, the runners are assigned different tracks through lucky dip. Each runner must maintain his or her track. Anyone who runs into another’s track is automatically disqualified from the race. In a similar way, the heavenly race is run according to one’s track. If a trader runs into the track of a civil servant, he becomes disqualified at the end.

A perpetual bachelor or spinster who runs into a married man’s or woman’s track stands the risk of disqualification at the judgment seat of God. Likewise, if a lay person jumps into the track of a priest or religious, then he or she runs in vain. The heavenly race is so competitive.

The starting point of the heavenly race was on the day of our conception in our mothers’ wombs. In other words, human life begins at conception and not at birth. Each person lived a hidden life in the womb. Public life commences on the day of birth. From breastfeeding we enter into solid-feeding. From sitting we begin to crawl. Then we stand and walk. From walking we start to run. The running begins on earth and ends in heaven. It is forward ever and backward never.

According to our Christian Catechism, God created us to know him, to love him, to serve him on earth and to be happy with him forever in heaven. In other words, heaven is the ultimate destination from birth to death. God created animals to look downward because the earth is their destination. On the other hand, he created human beings in such a way that we are able to look down and up.

We look down to search for food which sustains our earthly life while we also look upwards to our heavenly home. No wonder Saint Paul admonishes us in these words: “So then, if you are risen with Christ, seek the things that are above, where Christ is seated at the right hand of God. Set your mind on the things that are above, not on earthly things” (Colossians 3:1-2). Practice makes perfect.

Henceforth, I shall be looking 80 percent upwards and 20 percent downwards daily. This will always remind you and me that this earth is not our home. We are on pilgrimage to heaven.

To be forewarned is to be forearmed. The Kingdom of God is perfection par excellence. The Holy Book says, “Nothing unclean will enter it, or anyone who does what is evil and false but only those whose names are written in the Lamb’s Book of Life” (Revelation 21:27). Let us hurry immediately to the Sanctuary of God to check whether our names are in the heavenly Book.

There is ongoing registration. It ends on the day of death which is not known by any of us. Delay is dangerous. We must struggle daily to lead good lives and repent from our sins. God does not wish the death of a sinner but wants him or her to turn from his or her evil ways (Ezekiel 18:23).

Heaven is the greatest and everlasting treasure. Again Saint Paul convincingly states, “Eye has not seen, ear has not heard, nor has it dawned on the mind what God has prepared for those who love him” (1 Cor. 2:9). Our Lord Jesus Christ after his earthly ministry ascended into heaven and seated at the right hand of God the Father.

Our Mother the Blessed Virgin was assumed into heaven after her maternal ministry on earth. Likewise the Saints are rejoicing in heaven after their victory over evil while on earth. If after this earthly life, you or I miss the unimagined treasure, then our heavenly race is in vain. God forbid! We shall be there. Say, “Amen!” Wake up! Wake up!! Wake up!!!

Finally, I appeal to the Merciful God to give us Nigerians special consideration in the heavenly race. The suffering we are encountering in this country is enough penance. Going to hell will be a triple punishment for Nigerians who tried to serve you our God and struggled to lead good lives in the midst of bad governance, injustice, nepotism, marginalization, terrorism, kidnapping, banditry, wanton killings, acute power failure and  economic strangulation, to mention but a few.  Lord, hear our prayer!