A certain man of honour employed a driver after diligent interview and necessary enquiries. The driver started work as and when due. As he drives, his master sits at the back doing some calculations, making phone calls, reading and sleeping. One day, the unexpected happened. They were heading somewhere on a well tarred express road. The driver was on a very high speed. At a point the master, who was comfortably sitting behind, slept off and was snoring like a local pig. This made the driver to lack concentration. He made some silly sounds to awaken the sleeping giant behind, but all to no avail. He held the steering tight while accelerating the throttle. After some hours, the driver started dosing off gradually. Eventually he drove unconsciously into a deep on the road. The car nearly summersaulted. Unexpectedly it jumped into the opposite lane and reversed itself. The sleeping master woke up with much trembling. Thank God both were not injured. Without uttering any word, the master collected the car key from the confused driver and drove himself back home, leaving the driver behind. On reaching home he searched the driver’s room thoroughly to see if he had smoked dangerous drugs that resulted into the surprised mishap. The stranded driver himself was surprised that his master was no longer in his right senses by his strange action of driving away and leaving him behind. Surprise met surprise. 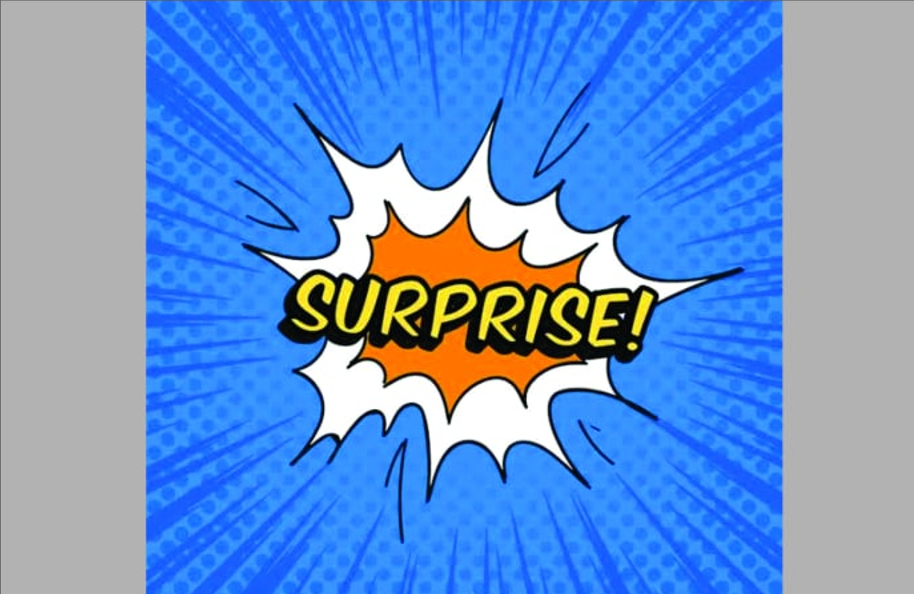 The 2022 Football World Cup in Qatar began with great surprises. The unexpected happened like a fantasy. In the opening matches, Japan crashed German machine by two goals to one. Spain walloped Coasta Rica seven goals to nothing. The great Argentina lost to Saudi Arabia by two goals to one. The host country Qatar lost to Ecuador by two goals to zero. Netherlands defeated Senegal by two goals to nothing. These were some of the early surprises, though the end may be different. However, it shows that it may not be as usual this time around. Japan has made a history by defeating Germany. Saudi Arabia has written her name in gold by defeating Argentina for once. The late football wizard, Diego Maradona of Argentina, could be restless in the world beyond. The clever goats have awoken the sleeping lions. What a great surprise!

The race to the 2023 general elections in Nigeria has begun. The presidential candidates have emerged. The political campaign proper is in progress. Nigerian electorates have woken from their political slumber. Therefore it may not be business as usual. After many years of Independence, we are still wallowing in deep darkness of uncertainties. Regrettably Nigeria is now the capital of world poverty. Unemployment is at its climax. Hunger is mesmerizing millions of Nigerians in the midst of plenty. The rich continue to get richer and the poor getting poorer. The old cargoes have occupied the political and economic arena and have refused to leave the stage for younger generation. Things have really fallen apart and the center can no longer hold. Insecurity has brought this nation on its knees. No one and nowhere are safe now. Thus Nigerians are sleeping daily with their two eyes open. Consequently we need a messiah who can rescue us and lead us to the Promised Land.

The presidential candidates and their deputies of the major political parties are presently marketing their identities and potentialities. The ruling All Progressive Party (APC) is fronting Ahmed Tinubu and Kashim Shettima. Unfortunately, it is a Muslim-Muslim ticket. The People’s Democratic Party (PDP) is selling Atiku Abubarkar and Ifeanyi Okowa. The Labour Party presents Peter Obi and Datti Baba Ahmed. The New Nigerian Peoples Party has Rabiu Kwankwaso and Bishop Isaac Idahosa. Tinubu says it is his turn to rule. Atiku says he wants to rescue and unite Nigeria. Peter Obi wants to rescue Nigeria and take it to the next level. He believes he has the capacity to do it. Kwankwaso says he will stimulate economic growth and create jobs. Who among these presidential candidates will make Nigeria proud, if elected as President and Commander-in-chief of the Armed Forces, come 2023?

Nigerians are now awake and have vowed to take their destiny into their own hands. Hence there will be surprises in the outcome of the 2023 general elections, especially the Presidential Election; if it is free and fair. If we do not get it right this time, we shall suffer for centuries to come. But if it we get it right, Nigeria shall be counted among the Comity of Nations. God blessed Nigeria with abundant economic and human resources. Our great problem all along is bad leadership. But if a good leader among the presidential candidates is voted into power in 2023, we shall be on the way to the overdue Promised Land. May God surprise us by giving us worthy leaders like Moses and Joshua in 2023!

The Central Bank of Nigeria (CBN) has just announced the redesigning of N200, N500 and N1000 notes with effect from 15 December 2022. The old ones will cease to be legal tender by 31 January 2023. President Buhari has already displayed the new currencies and he is solidly behind the redesign. This has thrown some Nigerians who hoarded money into panic. Great surprises are emerging on daily basis. Could you believe that millions of stored Naira notes have rotten in the hands of some unpatriotic Nigerians while millions of citizens are dying of hunger and poverty? Some buried huge currencies in the soil and mots have destroyed them beyond remedy. Much of these intended redesigned currencies are in the hands of kidnappers, terrorists and bandits. How would they change them? Do not be surprised that they may have agents in the bank and government circles to do the change for them. The late Head of State Sani Abacha asserted that any terrorism that lasts for months has government backing. Events in the country so far has proved him right.

We are into the season of Advent. It is the time of the expectation of the coming of the Lord and Saviour Jesus Christ. On one hand, it is the period of preparation for Christmas. On the other hand, it is also the period of expectation of the second coming of the Lord in glory. When he comes, he shall judge the living and the dead. Everyone will be rewarded or punished accordingly. It shall be a time of great surprises. Some expected persons may not make heaven while the least expected will make it. Everyone shall reap the fruit of his or her labour. There will be surprises in heaven and in hell. Those who are sinners in the eyes of people will jubilate in heavenly glory. On the other hand, those who were saintly by appearance on earth may languish perpetually in hell. Appearance is deceptive. Thus God says, “I the Lord search the heart and test the mind, to reward every one according to his ways, according to the fruit of his deeds” (Jeremiah 17:10). Impostors on earth shall populate hell fire. But those who worshipped God with true hearts and lived good lives on earth shall populate heaven. Let us make hay while the sun shines in order to avoid ‘had I known’ on the last Day.