The Fall of Boris Johnson

The lingering crisis of confidence that had engulfed the ruling Conservative Party in the United Kingdom has finally swept out of power the flamboyant and loquacious Prime Minister, Boris Johnson.

Boris Johnson who had remained defiant in the face of open rebellion by members of his cabinet who had resigned from the government was himself forced to step down as the leader of the Conservation Party and Prime Minister. 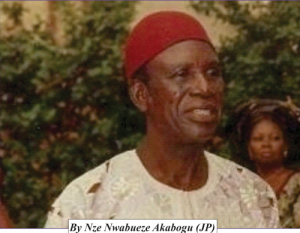 It would be recalled that Boris Johnson came to power on the popularity of the Brexit movement against the backdrop of the inept and visionless leadership of his predecessor, Theresa May who had apparently bungled the “Brexit deal” with the European Union (EU). Boris Johnson had led a vigorous and powerful campaign for British exit or Brexit from the E.U which membership he considered inimical to the British interest as a former imperial power. The Brexit phenomenon was one of the most contentious and highly controversial issues that had deeply divided or polarized the British people in modern British History between the “Yes” or “Remainers” and the proponents of Brexit or anti-E.U campaigners.

Britain was apparently at cross roads following the 2016 referendum that gave the “Brexiteers” a marginal victory over the “Remainers” (52%-48%) which was spearheaded by Boris Johnson and he was enjoying a massive support from the British public for successfully negotiating Britain’s final exit from the E.U as opposed to the lame duck and clueless leadership of the former Prime Minister Theresa  May who had failed abysmally to negotiate an honourable exit of Britain from the Twenty eight Nations European Union (E.U).

It is pertinent to mention that the British people were apparently carried away by Johnson’s vociferous rhetoric, charismatic exuberance and showmanship and had ignored his monumental integrity deficit and his other glaring shortcomings which clearly manifested themselves soon after his assumption of office at 10 Downing Street as the British Prime Minister.

No British Prime Minister in modern History had exhibited such total lack of integrity, honestly and transparency in the running of government business as Boris Johnson had brazenly exhibited during his short tenure in office. Boris Johnson had always handled proven cases of infractions or obvious lapses in his government with utter levity and nonchalant attitude.

The age long British conventions of ethos or norms of transparency and accountability in running of government business was flagrantly jettisoned and thrown overboard by “play boy” Boris Johnson during his utterly scandalous and highly controversial administration, the worst ever witnessed in British modern history.

Indeed these conventions, norms and values were the hallmark of the British parliamentary democracy and Johnson’s unorthodox and carefree style of leadership was completely anathema to British democratic principles and which was unprecedented in contemporary British History.

One of Boris Johnson’s gravest mistakes or misdemeanors was his dishonourable misconduct when in the heat and most dangerous period of the most dreaded COVID-19 Pandemic, he allegedly attended a party at 10 Downing Street, his official residence against the government policy of total lockdown on all social activities and strict compliance with COVID-19 protocols throughout the United Kingdom. Johnson was accused of brazenly breaking the law that prohibited the gathering of large crowds of people in any social event in Britain.

And when he was confronted with his obvious misconduct, Johnson merely dismissed the allegation with a wave of the hand and shamelessly denied that he ever attended such social event at 10 Downing Street against proven and clear evidence that he actually attended and was even seen dancing with a lady during the party.

Boris Johnson had become notorious for always lying and misleading the British Parliament with his empty rhetoric on many sensitive and crucial policy statements and he always managed to wriggle out of outright condemnation by the MPs from his own Conservation party.

Boris Johnson throughout the period of his Premiership was faced with unprecedented moral burden even as he could not be trusted neither by his own Conservative Party members nor members of the House of Commons (Parliament).

It would be recalled however, that Boris had led his Tory Party to a landslide victory during the last snap general election in 2019 when the ruling Conservative Party swept the polls with a comfortable majority of eighty seats, in Parliament in spite of the apparent disenchantment of the British public over the dwindling economy and other social upheavals in the country. 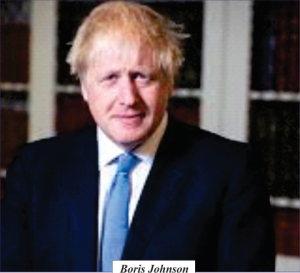 The main opposition Labour Party which could have readily served as an alternative to the ruling Conservative Party appeared to be in total disarray and lacked the effective leadership and totally incapable of winning a general election in Britain presently.

Boris Johnson, a master tactician, with great skills in political brinkmanship and sagacity, had survived several leadership challenges within his Tory Party and vote of no confidence in Parliament apparently owing to non viable alternative within his own party and weak opposition parties in Parliament.

Boris Johnson therefore, could rightly be described as a cat with nine lives even as he had in the past survived many leadership challenges within the Tory Party as well as from the opposition parties in Parliament.

Interestingly, the current political developments in Britain had obviously exposed Johnson’s vulnerability, even as many serious cabinet ministers had recently resigned from government in what could be described as the greatest political tsunami ever witnessed in British history. And as at Wednesday, 6th July 2022, over forty Ministers had tendered their resignations amid Johnson’s defiance on the call for him to step down bust he had instead insisted that he would simply not walk away from the current crisis since according to him there was still much work to do.

Ironically, the unexpected dramatic event occurred on Thursday, 7th July 2022, when the embattled Boris Johnson suddenly announced his resignation as the British Prime Minister in the wake of more resignations from his cabinet. Johnson had announced after his dramatic resignation that he would however continue to hang on to power as care-taker Prime Minister pending the election of his successor in September 2022. In his emotion laden speech and characteristic rhetoric at 10 Downing Street, Johnson expressed his sadness that he was “leaving the best job in the world”

However, in a swift reaction, the leader of the main opposition Labour Party Keir Stamer along with some members of the Conservative Party had insisted that Johnson must go immediately claiming that he had inflicted monumental lies and fraud against the British People.

It is instructive to observe in this piece that the sudden fall from grace to grass of Johnson could be attributed to his arrogant and unorthodox style of leadership coupled with his apparent inability to carry along members of his cabinet as well as his seeming dictatorial tendencies in running the affairs of the country.

One of Johnson’s greatest misfortune or undoing was his apparent inability to handle the British economy which in recent times had suffered terrible slump and down turn and the consequent loss of confidence in Johnson’s  controversial leadership by the British public.

In conclusion, in the coming weeks and months the ruling Tory Party would be faced with seemingly an uphill task of electing a new party leader and Prime Minister to succeed the outgoing Premier Boris Johnson even as some former senior cabinet members including, Michael Gove, Dominic Raad and James Cleverly had already declined to run for the party’s leadership position.

Meanwhile, the process of electing a new Conservative leader had begun in earnest and in top gear. Already about ten contenders had emerged including some former senior cabinet Ministers in the outgoing Johnson’s Government as well as some other party stalwarts who also are in the race. However, the former Chancellor Rishi Sunak and a female MP, Penny Mordant are the front runners in the tough race.

And as at press time, the number of the contenders had been reduced to five after five other contenders had been eliminated. The epic leadership tussle which is expected to end on 5th September 2022, promises to be intense and interesting and the survival of the fittest even as the major contenders are formidable and seasoned. Front Benchers in Parliament.

A new party leader and next Prime Minister will be elected by members of the Conservative Party in a special convention on 5th September 2022. The British People and indeed the global community are watching with keen interest as the high political drama is already unfolding at Westminister, Britain’s seat of power.

The dramatic fall of Boris Johnson coming only a few years after the dramatic exit or down fall of his political “twin brother” across the atlantic and former U.S President Donald Trump would obviously serve as a great lesson for political leaders across the globe that political power is transient and that the day of reckoning would certainly come when these leaders are bound to give account of their stewardship to their people.