The Emergence of Liz Truss as U.K. New Prime Minister

A new Britain’s Prime Minister, Liz Truss emerged on Tuesday 5th September 2022 after the keenly contested leadership tussle within the ruling Conservative Party. Liz Truss, a former British Foreign Secretary decisively defeated her only challenger in the race and former British Chancellor Rishi Sunak by a clear margin of 81,326 to 60,399 votes or 57% to 42% in the epic leadership contest by members of the ruling Conservation party in London.

The historic victory by Liz Truss has finally put to rest many months of uncertainties, anxiety and speculations in the United Kingdom after the dramatic resignation of the flamboyant outgoing Prime Minister Boris Johnson whose controversial tenure was marred by unprecedented terrible scandals and absolute loss of confidence by members of the ruling Conservative party and the British Parliament in Johnson’s leadership.

Both the outgoing Prime Minister Johnson and his successor Truss were scheduled to visit the Queen at her Balmoral Castle in Scotland on Tuesday 6th September 2022 when Johnson would formally tender his resignation as the British Prime Minister to the Queen while the incoming Premier Truss would automatically be invited by the Queen who is Britain’s Head of State to form a new government in accordance with the British cherished norms of parliamentary democracy. 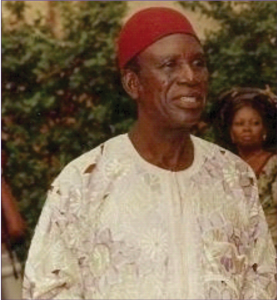 The defeated and charismatic former Chancellor Rishi Sunak had carried out an intense, purposeful and most colourful campaign and was initially rated by exit polls as the front runner in the tough race but his popularity seemed to have dwindled as the election day approached.

It is no gainsaying the fact that Sunak fought a great battle but lost gallantly and did not suffer any personal disgrace in the race but held his shoulders high. Sunak might have lost the election certainly not due to his inadequacies but certain underlining factors played out in the historic election.

Sunak is a son of Asian immigrant parents from India and racial considerations might have contributed significantly to his ultimate defeat even as the British public could not imagine the prospect of electing an Asian immigrant as their Prime Minister. Sunak’s rejection by the British establishment was ostensibly due to racial undertone, though not pronounced but obviously subtle political manoeuvres were presumably adopted to keep the former Chancellor considered as a “foreigner” in proper check.

It has to be emphasized however, that the new Prime Minister Truss would certainly be confronted with monumental challenges and would face an uphill task of uniting her Tory Party which in recent times had witnessed terrible polarization and disunity among its members. Secondly and more fundamentally, is the endemic economic crisis or down turn in the country even as the nation’s inflation rate has risen to about 10% which is unprecedented since the end of the Second World War. The new Prime Minister Truss whose antecedents in political engineering is still very sketchy is expected to work assiduously and round the clock like a “Trojan” to reassure the British public that she could prove her mettle especially in the area of economy whereby the British people are currently experiencing unprecedented level of hardship and social dislocations, in areas such as unemployment, health, climate change, food and energy crisis among others.

It is needless to emphasis the point that Premier Truss seemingly lacks the charisma, and requisite or necessary authority to unite and control the ever critical and contending forces within her ruling Conservation party whose obvious disenchantment with the party’s former leadership led to the eventual downfall of both the former Prime Minister, Theresa May and the outgoing Premier Boris Johnson. Premier Liz Truss has been described in political circles in the recent past as weak and an unknown quantity who had failed to make great impact in the Foreign Office as a former Foreign Secretary. However, time shall tell if the new Prime Minister could prove her political adversaries wrong now that she has assumed the leadership position of her Tory Party and Prime Minister of the United Kingdom – a great power in global affairs.

The Prime Minister needs the total support of members of her Tory Party as well as the Parliament (House of Commons) if she must succeed in her herculean task of rebuilding the battered British economy and quickly restore public confidence in governance. Otherwise she might face possible rebellion from her Tory Party members or back benders in Parliament which might possibly lead to her early outsting or exit from power as witnessed by her immediate predecessors.

It is simply not enough to rely on her recent rhetoric soon after her decisive victory that “I will deliver”  “I will deliver” “I will deliver” but she must immediately hit the ground running even as her early policy statements and actions would determine the course of her Premiership.

At press time however, it was reported that Prime Minister Truss shortly after her appointment by the Queen, Tuesday announced some key cabinet appointments which included top Ministers from the minority groups in the UK, such as Kweshi Kwartang as the new Chancellor among others.

In conclusion, the British People must quickly come to terms with the current realities of uncertainties facing them bordering on the extremely volatile and harsh economic environment and therefore, should not expect any miracles or magic wand from the new Prime Minister Truss but should only be hopeful for better days ahead.