The Dream and the Daydreamers

I always dream and sometimes too, I daydream. Who doesn’t dream? Ejioho Enyanwuja Asadu on his facebook page recently told a story of how he had planned a visit to Owerri from his base at Nsukka, and how in the early hours of same day a priest called him and asked if he intends to travel that morning and he said ‘Yes’. The priest then asked him not to travel that morning. Why? According to him, the priest had a dream where he saw him and another priest shot by armed robbers, and left in a pool of blood in his car.

Asadu being a man always ready for ‘private parousia’ whenever it pleases God, did not argue with the priest (and since he is not going for a jamboree); went on to drive himself safely to and fro Owerri as planned. I often observe some rhythm in my life.

One of them is having a frightening dream whenever I’m about to travel. Yet, like Asadu, I would make a sign of the cross on my forehead, and ‘hit the road’. After all, in praying the Lord’s prayer, we say: ‘..thy will be done on earth as in heaven.’Is that not an expression of faith in Divine Providence?

Dream is a common human phenomenon. Hence, science explains that each night we dream while we sleep for about two hours, with each dream lasting for about twenty minutes. But often we don’t recollect our dreams in details, or even in part.

A dream is simple in its repeated occurrence but complex in its interpretation process. In Nigeria for instance, Praying centres and Divination centres are filled with ‘victims’ who seek for interpretations of their dreams. Unfortunately, many too have in search of interpretation of their dreams fallen into wrong hands and have remained perpetually hoodwinked, hypnopotised and kept in chains.

Those involved should release their captives please; and the captives should try harder to set themselves free.  Why? It is not just about being a victim of psychic manipulation, but also another indirect way of choosing other gods; and the psalm says: ‘…you will have your sorrows increased'(Ps.16:1). 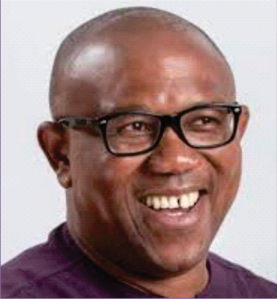 Most religions and disciplines have notions about dreams. According to WhyIslam.org,  Islam has three different types of dream: (1) Dreams that serve as visions and revelations from God (2) False dreams which comes from the devil (3) A meaningless every day dream which could come from one’s lower self or sub conscious. I think the last category is where my repeated pre- travel dreams belong.

So, psychologists are right to explain that dreams are mainly products of our current preoccupation, memories and fantasies. In the Sacred Scripture, it is evident that dreams are both natural and supernatural. Some are from Divine and many are merely conjectures of our daily experience represented in images. St Augustine teaches us that though God can speak to us through dreams, yet some dreams are merely psychological conditions of the dreamer.

Thus the Catholic Church directs that all dreams must be evaluated under the light of the Scripture and the Magisterium. So I ask you, who is interpreting your dream? Why are you so worried every night over dreams that ordinarily are mere conjectures of the mind hidden in the subconscious?

Before you remind me of the biblical stories (eg.) of Joseph and Daniel, and their ability to interpret dreams (which are one dream out of a thousand dreams of both Pharaoh and Nebuchadnezzar); kindly read the caution placed by the same Scripture on dream: Is 29:8, Sirach 34:1-7. Why then are you accustomed to negative thoughts whenever you dream? Aren’t you being manipulated?

Apart from dreaming while asleep, we as humans dream while awake about possible adventures. And if we succeed, we echo: It’s a dream come true! Figuratively, dream refers to a desired realisation of certain goals. Even in relationships, dreams are translated into action.

Do you remember the ever new track of EverlyBrothers’: ‘All I need is to Dream’ of 1958? As touching as the rock song was for couples, was the dream which Martin Luther king Jnr expressed on 28th August 1963 at the steps of Lincoln Memorial. In his celebrated speech “I Have A dream” he challenged the negative status quo against the Negros in the United States.

Today and in like manner, millions of Nigerian youths are having a dream about a better Nigeria. A Nigeria of equal opportunity, but not, equal result as cautioned by Lee Kuan Yun of Singapore. This explains the urge and the surge on every street and major cities titled Obidients movement.

The rallies are serving as a ‘blow off steam’ of scorching economy, hunger, joblessness, closure of Universities, corruption, nepotism and insecurity that have characterized the nation. Interestingly, Luther’s 1963 dream had long been realised in the United States against the stance of daydreamers of the time.

Cambridge dictionary explains daydreamer as someone who often thinks about doing something else or being somewhere else, instead of paying attention to what is happening where he or she is now. The noun daydream is always used in the negative and has its synonyms as: reverie, trance, fantasy, fancy, hallucination. Its antonym is concentration or focus. Dreams as positive thoughts, accompanied by deserved actions do come true. If 1963 dream of Luther came through, our collective 2023 Obidient dream is a possibility.

There are two categories of daydreamers in respect to 2023 general election in Nigeria. The first are those who in the beginning mocked the Obidient Movement in many ways, thinking it was an impossible reality. For them it’s a mere ‘effervescence’ which like bubbles will disappear. When it failed to disappear as they daydreamed, it became a social media frenzy of ‘four persons who are tweeting in a room’ without structure.

But with the one million matches and the evident demonstration of ‘people as structure’ in almost all the major cities and the result of the recent online polls, came the turn of saboteurs who for selfish reasons opined that ‘it is not the turn of their kinsman’.

Their selfish and ungodly utterances remind one of the biblical story of how Joseph’s brothers sold him. Such acts make the Pharisee question to Jesus ever new: ‘Who is my neighbour’? The saboteurs should know that there is a limit to family envy and ‘sheer politics’.

Yes, they should borrow a leaf from Sen Victor Umeh who prior to party primaries ( and without being in same party then), had identified Mr Peter Obi on national televisions and other fora as a competent person to manage Nigeria. This is the kind of character we need in National Politics. Anyway and gladly too, Rufai Oseni of Arise TV has given such saboteurs a perfect response, and history will judge them.

Ironically, while they think hopelessly that it is not the turn of their kinsman or region to become Nigeria’s president, their principal is ‘dreaming’ in Emirs palace. But the above category of daydreamers is not my major worry.

I am worried more about the second group of daydreamers because unknown to them, they are ‘indirect enemies’ within. These include: (1) those that registered and are now being too busy to go and pick up their voters card

(2) those that have voters card but will be faint hearted to go and vote on the day of election, under unjustifiable reasons.

(4) those who live in Diaspora shouting ‘Obidients’ but are not doing enough to convince members of their household and dependants to vote rightly.

(5) the students and lecturers of University who shout ‘Obidients’ but will fall for the intimidation to work in favour of the failed political parties on election day for merely immediate selfish gain.

(6) Also included are the religious groups who sit on the fence but only pray that Obidients will triumph. You can add to the list. Let the unknown daydreamers wake up now that the campaigns have started officially. Our 2023 dream is a possibility. Do you share in the Dream or are you a daydreamer?