THE DISTINCTION BETWEEN DISCHARGE AND ACQUITTAL: A CASE STUDY OF THE FGN AGAINST MAZI NNAMDI KANU

The Office of the Attorney General of the Federation and Minister of Justice has received the news of the decision of the Court of Appeal concerning the trial of Nnamdi Kanu. For the avoidance of doubt and by the verdict of the Court, Kanu was only discharged and not acquitted.

The decision handed down by the Court of Appeal was on a single issue that borders on rendition. Let it be made clear to the public that other issues that predate rendition on the basis of which Kanu jumped bail remain valid issues for judicial determination.

This is part of the statement made by the Attorney General as reported by BusinessDay on October 14, 2022. The AG made the statement following the judgement of the Court of Appeal in the case of the Federal Government of Nigeria against Mazi Nnamdi Kanu. The words of the AG have taken many aback as to the meaning of and difference between being discharged and acquitted.

MNK was arrested in June 2021 in Kenya by the Nigerian government and sued at the Federal High Court on charges bordering on treason and terrorism. The Federal High Court’s decision was not in favour of MNK, who appealed against same, and the Court of Appeal gave its judgement which has raised dust, both of jubilation and otherwise. 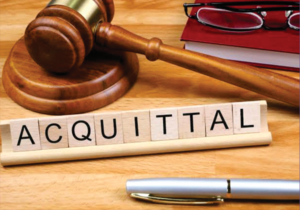 In its judgement, the appellate court held that the arrest, abduction, and subsequent arraignment of Kanu violated international law. This is because the government did not meet the conditions required to arrest a person in another country and bring him for trial in another (Nigeria).

The court listed the conditions according to the OAU, which a State must meet to include a formal application for extradition to the host country, permission from court, and statement of the alleged offences among others.

These requirements are to ensure that people are extradited only after full conviction of alleged committal of an offence and not for any other purpose.

Discharge and acquittal are terminologies of the Criminal Law, and their primary difference is in the legal implication. According to the Black’s Law Dictionary, discharge is an act by which a person in confinement, held on an accusation of some crime or misdemeanor, is set at liberty. In order words, it is an order of a court of a competent jurisdiction for an accused person to be released on the ground that the basis of the charge against him or her is not substantiated.

On the other hand, an acquittal is the legal and formal certification of the innocence of a person who has been charged with crime; a deliverance or setting free a person from a charge of guilt. It is also a decision of a court of competent jurisdiction which officially declares that an accused person is not guilty of the offence with which he is charged.

On the differences between them, an order of acquittal is permanent, whereas that of discharge is temporal. An acquittal entails that the accused has been tried by a court of competent jurisdiction and was found not guilty of the charges against him. He or she can no longer be arrested and tried for the same offence having the same element except by way of appeal.

This is called the rule against double jeopardy, and same is enshrined in Section 36(9) of the Constitution of the Federal Republic of Nigeria. An order of discharge, on the other hand, is temporal, and the accused can be rearrested and tried again on the same charge against him. 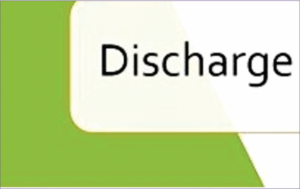 Acquittal is an order so given where the accused was not found guilty, while an order of discharge is given because the prosecution were not able to substantiate their case, mostly for lack of sufficient evidence showing that the accused has committed the offence, or other technical grounds.

Thus, a discharge order gives the prosecution the opportunity to go on further investigation, and the suit can be reinstituted if they arrive at further evidence.

An acquittal order is given at the end of a trial and strictly, it can only proceed from the court. A discharge order can be given for want of evidence even before the charge is framed, as in the case where the accused is in police custody pending trial.

The court becomes functus officio after given an order of acquittal, and the only way out is appeal. However, an accused can still stand trial for the same offence in the same court where he or she was earlier discharged. Similarly, a discharged person can obtain an acquittal order by filing an appeal.

In the judgement of the Court of Appeal, read by Justice Adedotun Adefope-Okijie, the court noted that the federal government had failed to show that it complied with the procedures for the extradition of the IPOB leader from Kenya last year.

The court further held that the court below lacked jurisdiction to entertain the matter.  According to Extradition Act, MNK was not supposed to be charged without the approval of the Kenyan government given that he was in the said country at the time of arrest. Consequently, once MNK was charged, his Counsel raised an issue of jurisdiction which the court of first instance ought to have resolved.

By the judgement of the Court of Appeal, therefore, the AG could be said to be right in his comment; that MNK was discharged, and not acquitted. This is because the judgement of the appellate court bordered on whether MNK was properly arrested from Kenya, and not on the actual count charges against him.

However, by the same judgement, I concur with the position of Kanu’s Special Counsel, Mr Aloy Ejimakor, who opined that, “No new charges can stick against Kanu, because in the present circumstance, the extraordinary rendition is an abiding factor that has created a permanent barrier to his prosecution.

The availability option to the federal government is to file an appeal to the apex court challenging the decision of the Court of Appeal, which is likely to be dead on arrival given the government’s conspicuous failure to abide by the extradition process. The other is to release MNK is compliance with the judgement of the court, and charge him thereafter.