During the Nigeria-Biafra civil war, there was a popular slogan in the Biafran side known as “onye ndi ilo gbara gburugburu na-eche ndu ya nche.” This means that anyone surrounded by enemies must be very alert always. Sleeping is a natural process of bodily and psychological rest, which involves closure of the two eyes and elapsing into the state of unconsciousness. Sleep is the junior sister of death. During sleep the bodily systems are still at work and breathing continues. On the other hand, death is the cessation of body metabolism. Breathing ceases and the entire body becomes stiff. The sleeper returns to the state of consciousness when awake. But the dead transits into the next world of immortality. 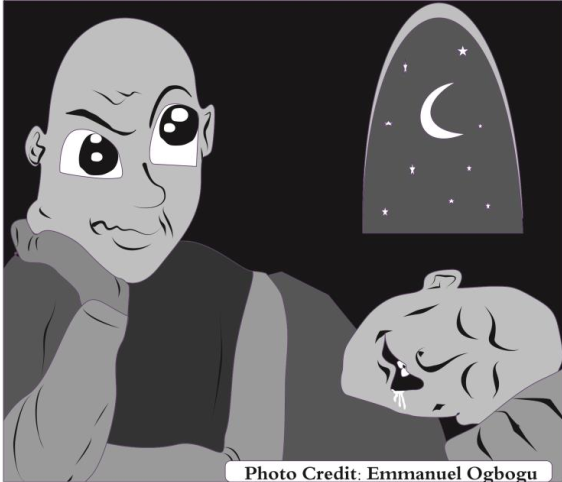 ‘Muruanya’ is an Igbo word which means to keep awake. Therefore, the concept of sleeping-muruanya entails sleeping and keeping awake at the same time. Is it possible? Yes, it is possible. How does it work? It involves the closure of only one eye during sleep and at the same time keeping the other eye open. The closed eye goes into unconscious condition while the opened eye remains conscious of what trespasses around. Practice, they say, makes perfect. A trial will convince you. I have specialized in it. If you find it difficult, call on me. I shall offer you free practical lesson for a short period of time.

In times of jeopardy, it becomes necessary to sleep with one eye open. Sleeping with one eye open is an idiomatic expression as well as a practical necessity. For  some months now, I have been practicing this concept of sleeping-muruanya because the days are evil. The Holy Writ says, “Be calm but vigilant because the enemy the devil is prowling like a roaring lion looking for someone to devour. Stand up to him in faith and prayer” (1 Peter 5:8 – 9). Whenever the fowl is drinking water, it looks upwards intermittently because what kills it comes from above. The sheep, while running, looks behind at  intervals because alertness is not cowardice. We, human beings, endowed with the sense of rationality should be more alert than irrational brutes.

The days are evil. We must think well before we act. Acting before reasoning is entirely risky. We must imbibe the motto of the Young Catholic Students which says: “See, Judge, Act.” Thus if the ear remains stubborn, it will surely vanish when the head is cut off. A stubborn fowl rests in the soup pot. Likewise, a grasshopper that is caught by a noisy bird called ‘okpoko’ has itself to blame.

Prayer is a powerful weapon against principalities and powers that be. It is a dialogue with God and plea for deliverance. God is immutable but prayer can change his mind. Divine intervention is a sine qua non in our lives. Therefore we must commit ourselves into the hands of God when we are awake and when we sleep. God never sleeps. If by mistake He sleeps for a second, the entire universe will collapse. Let us pray ardently before embarking on any journey these days. Many have traveled and never returned. As we travel, we should never cease to pray. The devil and his agents also travel. Often the men of the underworld ambush innocent travellers on their route. Some have been killed. Some were kidnapped for huge ransom. Most of the travellers in the recent ill-fated Kaduna-Abuja bound train are still at large. The unfortunate ones lost their lives at the spot of the terror attack on the fateful night. Travelling by land nowadays is unsafe. Unfortunately, not everyone can afford air fares. In addition, the aeroplane does not fly into remote places. What goes up must come down. If it flies on air, it must land on land. The passengers ought to reach their final destination by car. There is need to cover ourselves with the Blood of Jesus Christ always on our journeys.

As things stand, travelling for leisure should be minimized. In other words, we should travel by land, by sea or by air only when it is necessary or unavoidable. Thank God the mobile phone is our companion. Let’s make use of it to make certain contacts with others or even in making business transactions. Regrettably, the enemies also make use of it in carrying out their nefarious activities. Virtue lies in the middle.

Those who apply for job opportunity these days must be very cautious. It is better to be late than the late. Beware of interview venues. Some time ago, a jobless lady was invited for employment interview at a designated place. She enthusiastically went there and has not returned till today. No one knows her where-about. She might have been gang-raped, tortured and mercilessly killed. She might have been used for human ritual. In my area, an unmarried lady was invited through the mobile phone by her fiancée whom she met on facebook for marriage encounter at Umuahia few years ago. Till today she has gone into oblivion. Girls, think before you reap! Her family has done everything possible to trace her but all to no avail. Their only hope now is to wait till the judgment day to see her again. My people say, “Kama tabiri jehee eze, si chere ka o jua oyi.” This means: Think twice before you reap. Many have gone to their untimely graves.

When bad things happen we normally attribute them as the work of the devil. Recently, the devil issued a warning letter from hell to warn us of using his name in vain. He underlined the fact that he does evil things, but not every evil should be hinged on him. He said that from hence he will not hesitate to deal with anyone who accuses him innocently. What do I mean? Some human beings are worse than the devil. Some persons are devil-incarnate. That is why it is said that the devil I know is better than the devil I do not know. Sometime ago I postulated that evil spirits are preferable to evil men. Hence we

should be careful on whom we trust or with whom we go. Often we are betrayed by our companions. Some have been ruined by evil friends. An evil friend is an enemy of progress. Beware of whom you repose your trust.

When someone is being pursued from his father’s house, he takes refuge in his mother’s home. This world is a hostile place to live. Our country Nigeria seems to be most hostile. Where shall we run to? Darkness is enveloping this country speedily. Even the House of God is not a safe haven now. The devil and his agents come into the churches and mosques these days to cause havoc. Therefore, when you are praying, keep one eye closed and the other opened. The children of God come to pray while evil men come to destroy. A certain young woman came into the chapel few months ago to adore the Lord. While adoring she closed her two eyes tight. She kept her treasure handbag containing a huge sum of money, expensive mobile phone and costly jewels. In the interval, an evil man came into the chapel to devour. He cunningly collected the treasure handbag and zoomed off. After praying, the unsuspecting woman stretched her hand to collect her handbag. It was nowhere to be found. She wailed and asked, “God, why did you allow this to happen before your divine majesty? I am gone!” She nearly committed suicide on that day.

The parents who attend divine worship with their children should keep eyes on them. Some children have been stolen inside or outside church premises. School run should be done in person and not by proxy.