THE BIRTH OF BOUNCING BABY DIOCESE

Few weeks ago, I was relaxing at the balcony of my ecclesiastical residence, after swallowing balls of pounded garri and delicious egusi soup, punctuated with bouncing chicken parts. As I was transporting the stuff down my digestive system with a chilled bottle of Heineken beer, my mobile phone rang.

I zealously picked it. A newly married man living close to my residence was on the line. He asked me if I was around. I answered in the affirmative. He requested to come over with dispatch to deliver good news to me.

I asked myself, “What good news is he coming to deliver? Could it be that he bought a Tokunbo car or keke Napep for me since he is aware that I am using a hired car? My ears itched so much.

In a twinkling of an eye the man stood before me. He came with a bottle of red wine and an old layer agricultural fowl. He was full of joy. He set those two items before me and said, “Father, these are for you.
Please rejoice with me. My newly married wife has just climbed down with a bouncing baby boy.” I exclaimed, “Praise the Lord!” The Alleluia he shouted nearly pulled down my house. We embraced each other tightly, not minding the COVID-19 distancing protocol. 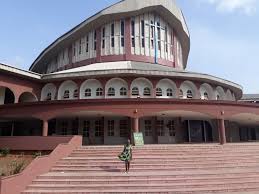 I asked him to sit down and I offered him a cold bottle of big stout. As he was about to open the bottle, I sarcastically pleaded, “Please wait a bit. I appreciate your generous gifts. You came to inform me that your wife just climbed down.

Why did you not tell me when she climbed up?” He laughed and whispered into my ear, “Father, you are a holy man. You need not know about that one.” At this, both of us fell into laughter session until joyful tears started running down our cheeks. At last I escorted him to the gate and bade him goodbye. 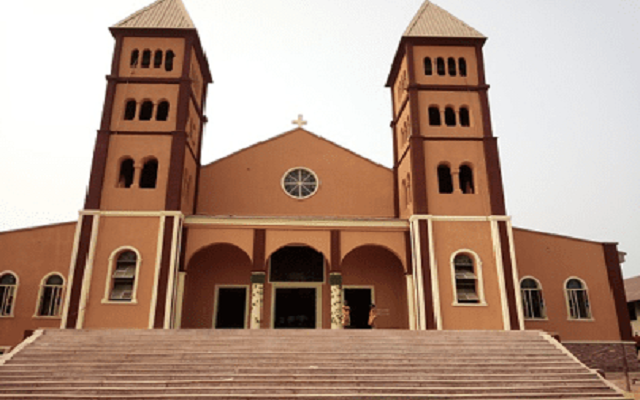 There was another man who was an only child of his parents. Both parents died very early. Similarly the only son married very early at the age of 20. As if he was in a hurry to populate his family, his wife climbed up and down every year. After seven years of marriage, they were blessed with seven and half children.

The seven were all boys. The gender of the half child was yet uncertain because it was still in the womb. In the ninth month, the pregnant mother began to experience pre-birth movements in her protruded belly. At the climax of the expectant movement, the husband rushed her to a maternity, where the nurses on duty helped her into the labour room and the door was closed.

The anxious husband was outside doing emotional march-past. He was prayerfully expecting a baby girl since he has gotten enough boys. He rushed into the white house several times to ease himself. After about thirty minutes, one of the nurses came out of the labour room beaming with smiles.

The anxious father of seven plus one rushed towards her and asked, “Has she put to bed? What is the gender of the baby?” The nurse smiled and shouted, “Rejoice! Your wife was delivered of a bouncing baby girl!” Out of emotional joy, the man carried the nurse like a baby into the labour room.

When his wife, who has just put to bed, saw him carrying the nurse, she asked him with frowned face, “My husband, what does this mean?” He replied as she put the nurse down, “My wife, don’t worry. I am intoxicated with joy that you gave me what I want. Hence, I mistook this beautiful nurse for our new born baby girl”

Bishop Paulinus Chukwuemeka Ezeokafor of Awka Diocese was the assisting nurse while Bishop Jonas Benson Okoye prayed for the successful delivery. As a follow-up, Pope Francis proclaimed Bishop Peter Ebere Okpaleke as the shepherd of the new diocese.

Thus, the stone rejected by the builders in Ahiara Diocese has become the cornerstone of Ekwulobia Diocese. From heaven, Jesus Christ the Chief Shepherd of the Church declared, “You are Peter, upon this Rock and Mercy (Ebere) I will build my Church in Ekwulobia Diocese.” The Angels of God in exultation sang in unison, “Glory to God in the highest and in Ekwulobia Diocese, peace to men and women of goodwill!”

On his own part, Satan was unhappy at the successful birth of the new diocese. Consequently, he attacked the installation of the first Bishop of Ekwulobia Diocese with the dreaded COVID-19 pandemic. Sadly the installation on 29 April 2020 witnessed low turnout of handpicked Bishops, priests, religious and lay faithful who wore facemasks like semi masquerades and sat like ancient enemies inside the Cathedral on that day due to social distancing. The planned inauguration was postponed indefinitely. Indeed, the devil rejoiced for throwing spanner into the works.

Despite the seemingly disturbance by the devil, Jesus Christ the Founder of the Church promises that all shall be well and that the gates of hell can never prevail against his Church in Ekwulobia Dioese and all over the world. With Jesus Christ’s reassurance, the new diocese of Ekwulobia took off successfully with Most Reverend Peter Ebere Okpaleke as the Local Ordinary.

The indefatigable effort of the transitional Cathedral Administrator, Very Reverend Father Ignatius Onwuatuegwu, is praise-worthy. Because he does not fear death, he was not afraid to pull down the old coffin-shaped Pro-Cathedral built by late Monsignor Martin Okeke Maduka, whose remains were buried in front of the old church. If he, Msgr Maduka, comes back to life, he may not know where he is.

Therefore, I join the Catholic Diocese of Ekwulobia to express our unalloyed gratitude to Father Onwuatuegwu for his fearlessness in pulling down the old structure and building a befitting Cathedral Church. If possible, I recommend that Fr. Ignatius Onwuatuegwu should be buried beside Msgr. Maduka’s grave whenever he dies, not minding that he is an incardinated priest of Awka Diocese. The two of them will rise from there on the Resurrection Day.

Ekwulobia Diocese has a long standing and respectable Fatherhood. Bishop Peter Okpaleke is the Father of the Diocese. Bishop Paulinus Ezeokafor is the grandfather. Bishop Jonas Benson Okoye is the stepfather. The late Bishop Simon A. Okafor is the great grandfather.

It is not an easy task to bring up a new born baby.  The building of the spiritual, moral, humanitarian and physical structure of the new Ekwulobia Diocese is a herculean task. Hence, all hands should be on deck. Prayers, useful pieces of advice, moral support, financial support and donation of plots of land within the territory of the diocese for building of vital diocesan structures are required from each and every one of the diocesan members. Those abroad and those in diaspora should think home. Charity begins at home.

She has 82 parishes, one seminary and a number of Catholic schools. The Local Governments within the diocese are Aguata, Orumba South and Orumba North. The fourth would have been Amaiyi, but she was stillborn. She may still rise from the grave on the appointed day.

Ekwulobia Diocese is referred to by many, as digital diocese. She is reading seriously the signs of the time. The new diocese is communicating within and beyond, through the Maranatha Multimedia headed by Ochiedike Monsignor Jerome Madueke, whose name was synonymous with Fides.

He has now added a new feather to his cap by adopting Maranatha title. The diocese has now Maranatha monthly bulletin and has launched the Maranatha Newspaper. Maranatha means “Come Lord Jesus!” Indeed, Jesus is not coming alone to grace the formal inauguration and one year anniversary of the Catholic Diocese of Ekwulobia scheduled to hold on Friday 5th March 2020, if the world does not end before then.

His Blessed Mother, the Virgin Mary is coming with Him. In fact, the Blessed Trinity, the Angels of God and all the Saints in Heaven are on their way to the diocese. Long Live Ekwulobia Diocese! Long live Awka Diocese! Long Live the Universal, Holy, Catholic and Apostolic Church! To God be the Glory!  MERRY CHRISTMAS and HAPPY NEW YEAR!