The Biafra We Never Wanted

In life, it is often those who don’t know what something is all about that propagate it. The gallant warriors who fought in the Nigeria/Biafra War are our fathers and grandfathers. They saw war for what it was and understood that it wasn’t something anyone would just wake up and demand for.

Thus when you come across these veterans today, even when they accept that Ndigbo are getting the short end of the stick, they still prefer a peaceful solution to finding answers to our problem. Even us who witnessed that war as kids don’t want a repeat of that experience that saw us eating rats and lizards to survive. 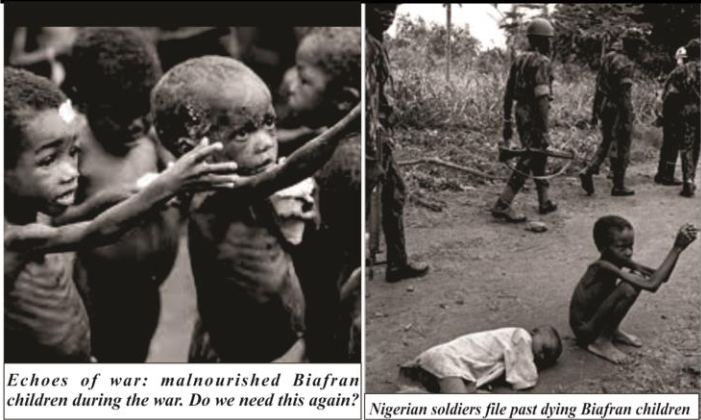 But those who neither fought in that war nor witnessed it are rooting for war without pausing to ask if we have the wherewithal to prosecute it. I wouldn’t know if Nnamdi Kanu had been born before or during that war, but his actions depict him as one who was not. He came up with a violent brand of agitation that appealed to people of his age despite all advice. He regularly issued threats to people and was cheered by many folks. They saw him as a fearless “leader”.

He gulped such praise as a tired camel would gulp water in an Oasis. His inciting words soon led to violent actions like having prisoners set free and security officials being killed. Some people kicked against this new violent bent in the new Biafra agitation but were branded saboteurs and servants of the caliphate.

They knew the dangerous long term implications of what Kanu and his goons were doing and warned against it. They warned that it was easy to give a cup to a monkey but difficult to retrieve it. No one listened. Today, what they had seen and warned against is happening. 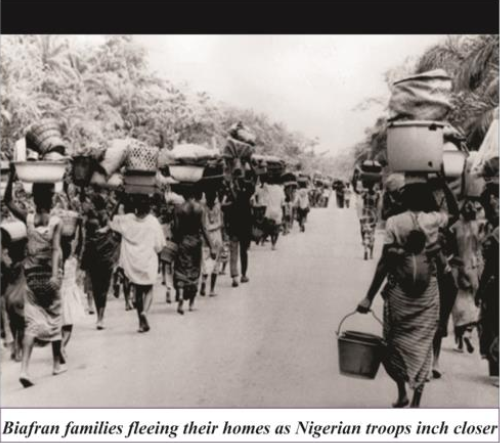 Many things have happened: Kanu has been arrested and facing trial, the monsters he let loose are roaming the lands of the Southeast, killing, maiming and kidnapping for ransom. Kanu’s people have since “denied” having anything to do with those people and said they had called off the stupid Monday sit-at-home directive but that such would only be effective on days Kanu would appear in court.

But the monsters they created are saying no way. They are resisting every effort to rein them in and to restore Mondays as work days. They are using fear to perpetuate it. They send videos in which they warn people against coming out. They also kill people or burn police and government facilities a day before Mondays to further drive fear into people.

Sadly, while the majority stay home out of fear, others support the killers and arsonists and show their crass gullibility by accepting the lies told by the hoodlums. They believed initially that those spreading terror across Igbo Land were DSS and Fulanis. They refused to accept that those animals were our very own people.

Today they have made living in the east a nightmare. One hardly knows where to go to today without being attacked. Today one can be killed for wearing expensive clothes, driving big cars or just looking big. Yet, some people still clap for these hoodlums who revel in being tagged unknown gunmen even when we know them. But that may only be the beginning as soon, those with protruding bellies will be tagged ”big men” and killed. 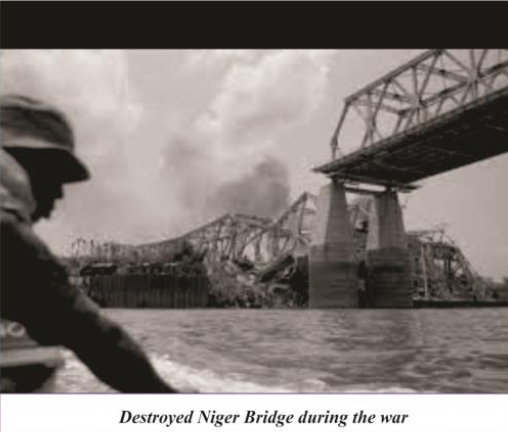 I’ve often said that the job of stopping them isn’t that of government alone but that of you, me, and the various communities. While Gov Soludo is doing everything to restore sanity, many communities are doing nothing, even when they know where some of these hoodlums are camping in their abodes.

But then, some former die-hards of this new brand of violent agitation are finally seeing what some of us saw from the early days. They can now see that the killers in our midst are neither DSS nor Fulanis. But what they’re also finding out is that many of these killers are not from Anambra.

It is this last realisation that may turn the tables. Two days ago some youths in Ichi community rose as one and raided the camp of these hoodlums in their community. It was a highly commendable move which youths in other communities should emulate. I’ve suggested that the best way to tackle this issue is for all Southeast governments and security agencies, including communities, to work together and dedicate a week to simultaneously chase out these hoodlums from our land, as the situation where one state sacks them and they run to another state is not enough.

But with what the youths of this particular community did, I’m sure the narrative will start to change and many more will key into Soludo’s actions to rid our state of these pernicious and unwanted elements.

Anambra must be salvaged from people preaching a warped kind of Biafra.

It was not the kind of Biafra that the likes of Nnamdi Azikiwe fought to enthrone. What we are seeing today is a situation where criminal elements have hijacked the Biafra agitation to pursue their selfish agenda, which, however, was a seed planted by those that started the new agitation.

Do these people understand war? Do they know the implications of another war? I doubt they do. Another war will be disastrous for the Igbo Nation. The price of starting all over again will be just too much. This is why we should rise as one to put a stop to the madness going on now.

It is something that must not be supported in any guise. It is evil, it is devilish, it is not in our character as the leading lights of the nation. Destroying what we have to show our anger is the height of stupidity and standing aloof while some mad elements turn our lives upside down is worse.

It is clear that those behind this raging madness are failures who, having mismanaged their opportunities, are now intent to drag everybody down with them. They are the people who will want everything to be destroyed and they are also people who will go on a looting spree at the slightest opportunity. But worse off all, the majority of them are not from here!

So what are we waiting for before we all start condemning what is happening in our state? This is the time to close ranks with Gov Soludo to sanitise our state and enthrone the real Biafra which is a Biafra of the mind, a Biafra in which we will work together to develop our strengths and show the world who we are.

This is not a time to enter the bushes and attack one another from there, destroying our common patrimony. No, that isn’t the Biafra we wanted in the 60s and certainly won’t be the Biafra we will ever want. Enough of this current stupidity and support for what is purely an arrant nonsense. This is not who or what we are.