The Beginning and the End

Early this year, a certain distressed couple was blessed with a set of twins, male and female, after twelve years of childlessness. Their dream which began twelve years ago came to fruition. God answered their prayer at last and blessed them with bouncing baby twins.

The couple was extraordinarily happy. During the naming ceremony, they gave the twins two significant names. They called the male twin Beginning while the female twin was called End. The people around were wondering about the strange names which no one had had before now.

Biblically speaking, God created the first man Adam and then fashioned the first woman from the rib taken from him. Hence in the order of dignity, Adam was the beginning while Eve was the End. Whatever has a beginning must have an end. The names given to the male and female twins are symbolic. They marked the beginning and end of the couple’s twelve years of agony.

It all began after exchange of their marital vows of love and fidelity. The four purposes of marriage are companionship, help mate, procreation and upbringing of children. In other words, companionship is the end while procreation is an addendum. Most couples are luckily blessed with children in the first or second year of their marriage. Some others have to wait for years, which may or may not materialize. 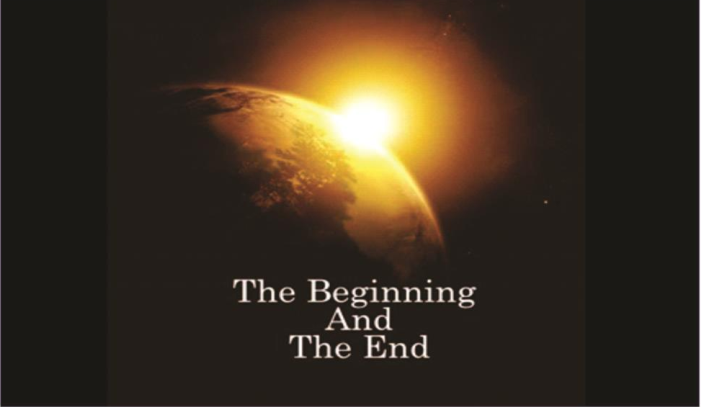 In whatever case, there is a way forward. If after praying and waiting for the fruit of the womb and it does not come, a couple can lawfully go for adoption.

Birth and adoption are legal means of procreation. After all, no child can swear over his paternity or maternity.

It was observed that wherever the twins in question go, Beginning takes the lead and End follows.

Whenever End wants to overtake Beginning, the latter sternly shouts, “Go behind me! Remember I am the first while you are the second. Therefore, do not be faster than your legs.” The twin, End, always abides by the natural order. In German language, the beginning is ‘der Anfang’.

On the other hand the end is ‘das Ende’. According to gender, ‘der Anfang’ is masculine while ‘das Ende’ is neutral. In other words, the end neutralizes the beginning. Do not be confused by my line of thought today. I am gradually making my point clear. Please kindly queue behind my mental ingenuity.

Biologically speaking, human life begins at conception and ends at death. Birth is the visibility of conception. It is a process whereby the baby, which has existed in the womb, comes out into the physical world to live on its own. From birth the visible tiny human being grows from childhood to adulthood. Death, which is the biological end of life, can occur at any time between childhood and adulthood.

Can anyone give us his or her date of conception? If anyone knows it, I promise him or her direct entry into the Kingdom of God. Therefore, when someone dies, we should add nine months to his or her age. For instance, if Mr. Okoli is said to have died at the age of 75 years, we should add nine months to it. Hence he lived for 75 years and 9 months.

The same thing applies to birthday. Anyone asked, “How old are you now?” should add nine months to his or her age. For instance, I attained 59 years plus nine months on 1st April 2022. I was born on 1st April 1963. Probably the date of my conception can be traced to the month of August 1962. If my father is still alive I would asked him. My mother who is alive may not remember because she lost her diary during the 1966 pogrom at Jos.

Gracefully she will celebrate her 80th birthday in August this year. By mathematical calculation, I was conceived when she was 20 years old and was born when she was 21. I wish my lovely mother and my humble self, Happy Birthdays! Also this year marks my 29th year as a priest in the Order of Melchizedek. To God be the glory!

I was born on April fool day at exactly 12.05 p.m. at Jos Central Maternity in the former Benue Plateau State, now Plateau State. By God’s grace I escaped being a complete fool just by five minutes. Let us give the Almighty Creator a standing ovation for this wise decision.

Thus I am a wise fool by birth and by calculation. Unfortunately this year, my birthday fell on Friday in Lent. The celebration was low keyed in order to respect the Lenten observances of prayer, fasting and almsgiving. Instead of eating and drinking, I prayed and fasted with my guests.

If it were in ordinary time, I would have slaughtered an elephant to celebrate it. When the price for the elephant is completed by my friends and well-wishers, I would generously engage myself in almsgiving.

Back to land, death is not the ultimate end of human life. It is rather the end of a new beginning. Ontologically, death is a transition from mortality to immortality. All mortals must die. Are you a mortal being? If yes, then get ready to die. What is the fate of the man called ‘Anwuanwu'(immortal)? He is just portraying his ego and pride. He must eventually die when the time comes.

Even masquerades who are presumed to be spirits must die a second time. Do they not? There was a gunshot somewhere during a traditional annual feast. The people around ran for their dear lives. The masquerades also took to their heels.

One of the masquerades was running and shouting, “Please God, save my life!” The question in every lip was: “Does bullet not spare masquerades?” Unfortunately, every masquerade interviewed kept mute. At the end of the pandemonium on that fateful day, seven persons and three masquerades were gunned down. May they rest in peace!

The two most important days in our lives as humans are birthday and death-day. Birthday marks the beginning while death-day marks the end. Our birthday is known, but our death-day remains uncertain. Can any prophet prophesy the date of anyone’s death-day including his own? If there is, let him or her come out and prophesy.

But if he or she prophesies wrongly, he would pay with his or her blood by dying untimely and shameful death. At birth, a child cries for itself while it enters into this miserable world of tears. At death, the bereaved cries for the departed for living this world of agony. The pains of separation produce the tears.

Three things await each and every one of us at the end of our earthly pilgrimage. They are death, judgment, heaven or hell. One may begin his life on earth well and may end it badly. The moral law states that the means justifies the end. A life well lived is a life well ended.

Thus Saint Paul admonishes, “Do you know that the runners in the stadium all run in the race, but only one wins the prize? Run so as to win. Every athlete exercises discipline in every way. They do it to win a perishable crown, but we an imperishable one. Thus I do not run aimlessly; I do not fight as if I were shadowboxing. No, I drive my body and train it, for fear that, after having preached to others, I myself would be disqualified” (1 Cor. 9:24-27).

After death the divine judgment comes, whereby we shall give account of our stewardship on earth. Then reward or damnation follows. Heaven is for the just while hell awaits the unjust. Hence the message of Lent is repentance from sins. Let us repent now or never. Procrastination is dangerous.

od wants all of us in heaven but He cannot coerce us. The choice is ours. Regrettably some will cry on the last day: “Had I known, I would have repented!” Since there is no repentance in the grave, let us make hay while the sun shines. Without Good Friday, there would be no Easter. Likewise, if there is no Cross, there would be no victory. Suffering is the beginning while victory is the end.

Suffering is my portion and your portion because Our Lord and Saviour Jesus Christ suffered and died on the Cross. At the end he became victorious by his resurrection on the third day. No matter the problems staring us in the face, there is always light at the end of the tunnel. Happy Easter in proximity!