By Precious Ukeje and Adejumoke Alebiosu

Gathered at Okpu Village, Agulu, in Anaocha Local Government Area of Anambra State, Saturday, April 24, 2021, were family, friends and well wishers as the remains of the Late James Odira Anusi, uncle to the Director of Fides Media, Rev. Fr Dr Martin Anusi, was committed to rest. 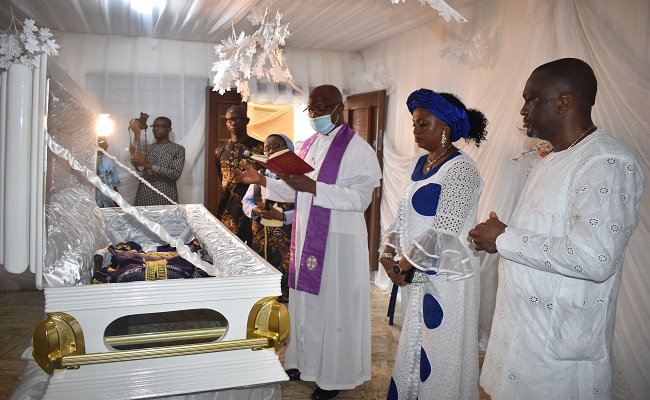 Blessing of the remains of the late James Odira Anusi.

A concelebrated Holy Mass in honour of the deceased was earlier held at St Patrick’s Catholic Church, Agulu, before the body was taken home where it was finally committed to mother earth amid the presence of several priests and religious men and women.

Delivering a homily at the Mass, Rev. Fr Henry Okeke, harped on the need to prepare for eternity, adding that all the readings of scriptures at funeral Masses reminded him of the vicissitudes of life; the changes that occur in human lives which made them incapable of doing a number of things as they grew older.

Fr Okeke therefore, compared life’s journey with the act of climbing hills, explaining that climbing with heavy loads weighed the journeyer down, and so encouraged the people to put aside weights of sin and other evils in their lives. 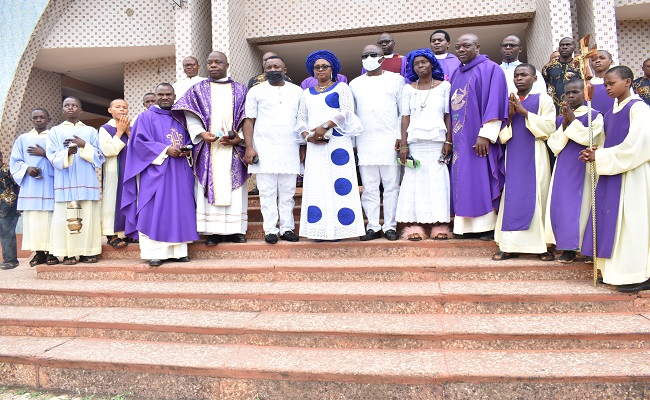 Group photograph of priests, Altar knights and members of the deceased’s family.

‘The sins we commit and the kind of life we live are contributory factors to the weights we bear in life, and they distance us from the grace of God,’ the homilist explained further, while recalling how the deceased, who was his late aunt’s husband, took care of him as a seminarian, in whose house he spent many of his outing days during his Seminary years at Bigard Memorial Seminary, Enugu.

Making allusions to the scriptures, Fr Okeke said it was only people who had clean hearts that qualified to stand before God, adding that it was the only way one could make heaven.

He enjoined that love for God was the utmost means of pleasing God, as one who loved God would desist from offending God. 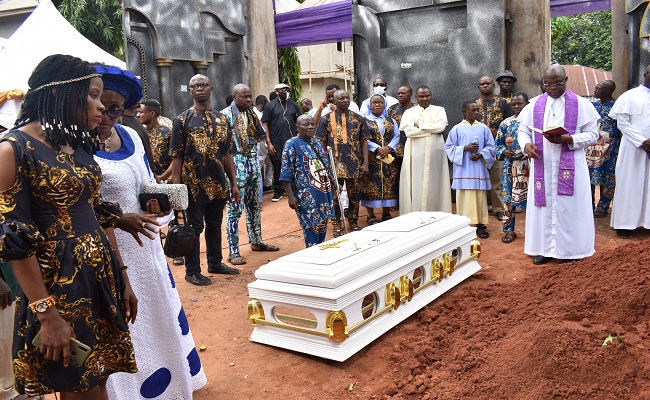 While the late James Anusi whose late wife was buried last year, was a civil servant, Rev Fr Anusi disclosed in a chat that he worked at the Government Press, Enugu in Old Anambra till his retirement in the new Anambra State. He was 88 years of age at the time of his demise.