It looked like it would never come but next Thursday, March 17, Anambra State Governor, Chief Willie Obiano, will bow out of office after an eventful eight years. It has been eight years of keeping faith with his mandate by the people of the state and although more will always be expected, we are satisfied that Obiano did his best to change the fortunes of Anambra State for the better.

No matter what anyone might think, Obiano has largely left  Anambra much better than he found it. He was able to keep the wheel of governance going without any major hiccups. Particularly, he did commendably well in the areas of education, health, infrastructural development, skill acquisition and the institution of government.

In education, Anambra had maintained her leading position under his watch, with students of the state excelling at national and international competitions. There were also no strikes and the state’s institutions had many of their programmes accredited. It was also much the same in the health sector where some of the hospitals got facelifts and accreditations. 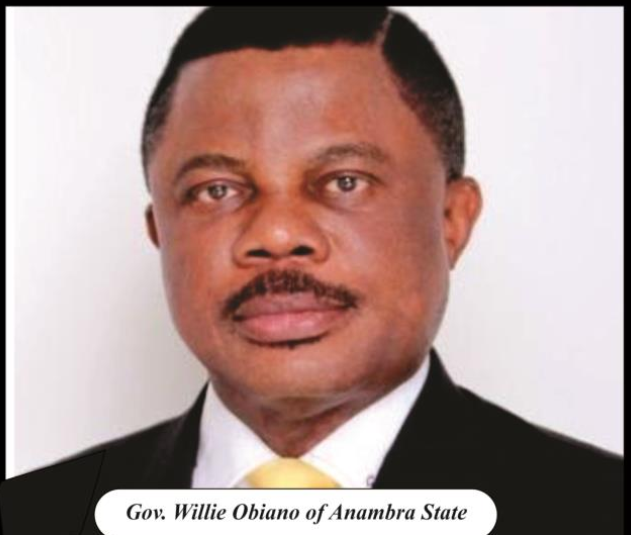 Many youths benefited from the government’s massive skill acquisition programmes and got equipped to become independent and self-sustaining. Such interventions, no doubt, helped in curbing youth restiveness and recourse to criminality.

Anambra was also among the few states that had no issues with the payment of workers’ salaries. Even though payment of salaries cannot be considered an achievement, the prevailing harsh economic circumstances in the country made it difficult for some states to meet such obligation and to that extent, Obiano’s regular payment of salaries deserves commendation.

But by far, the best achievements of the outgoing government are the three landmark projects viz: the Anambra International and Cargo Airport, the Awka Township Stadium and the International Conference Centre.

The airport, which has already started bubbling, is a big boost to business in the state and a big relief to the people of the state who had previously suffered to fly top the state from other states.

The stadium project is the first of its kind in the capital city and the quality ranks among the best in the country. It will certainly boost sports development in the state.

It is however regrettable that the Obiano Administration will be leaving amid a breakdown of security in the state after investing so much in it. The bad state of the roads has also become a blight to the administration. But we accept that it is virtually impossible for everything to be got right and we appreciate the governor’s efforts to make life better for the people of the state.

We hope that the incoming government of Prof Chukwuma Soludo will make amends where certain things are lacking and take the state to greater heights.

We wish to bid Gov Obiano farewell and thank him for writing his name on the sands of time in Anambra State and for governing with a human face.  May God be with him.