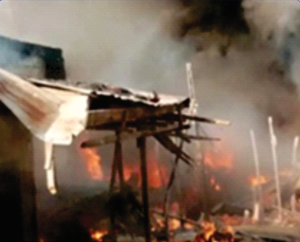 While the cause of the fire is unknown, the Anambra Fire Chief said his men and other emergency services are at the scene.

The explosion caused some shops to collapse, trapping several people.