Teachers Are at the Heart of Educational Development in Nigeria – Obi

The presidential candidate of the Labour Party, Mr Peter Obi, has explained that teachers form a critical and indispensable part of educational development in the nation, saying that they deserve commendation and encouragement for their role in driving national development and progress. 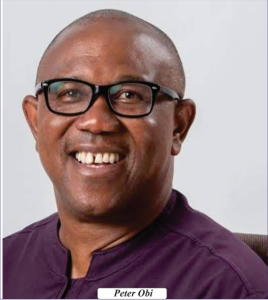 Obi, who made this known in his message to mark the World Teachers’ Day, 2022, applauded all teachers in Nigeria for their sacrifice to ensure that Nigerian students at all levels of learning received good educational and moral formation. He said that by their critical role in moving the educational sector forward, they were helping to drive national growth and development, which, he said, education was a critical component of.

Obi encouraged the teachers to strive daily to remain good role models to students, both in learning and in character. He also urged them to continuously improve their knowledge and skills so as to keep pace with what he described as the dynamic and constantly evolving global education system and be at par with their peers around the world.

‘It remains unimaginable that after 8 months of industrial action by the ASUU, the Federal Government is yet to find a lasting solution to the issue which has lingered over the years. How can we achieve a truly progressive nation with education and teachers’ welfare continually relegated to the background,’ Obi queried.

He called on the Federal Government to consider the future of the young students, whom he described as the major victims of the ASUU strike, and as a matter of urgency, ensure that the demands of ASUU were resolved so that the students could return to school.

Obi recalled his years as the Governor of Anambra State and how the state soared in educational development, maintaining the first position in WAEC and NECO during his administration. He revealed that the teachers in the state played a significant role in that achievement.

‘Just as we managed, motivated and encouraged the teachers to give their best during my years as governor of the state, we will ensure that teachers in Nigeria are well trained and motivated to remain productive in their duties under my watch when elected the president of the country,’ Obi concluded.