Tasks Before Soludo in Anambra Sports

Before the Governorship election of Anambra state on 6th and 9th November 2021, there was palpable fear of uncertainties due to the fragile security situation in the country. But to the glory of God, the much feared, threatened and much publicized election has come and gone with Prof. Charles Chukwuma Soludo of APGA emerging victorious.

Every well meaning Nigerian and Anambrarians in particular are anxiously awaiting for March 17,2022 when the governor elect will be inaugurated and assumes duties.

Our dear Governor elect Prof.C.C Soludo,in one of the fora I listened to you, you promised to declare the state of emergency on state roads, you went further to promise Anambrarians that you would drive straight from your inauguration arena to Okpoko in Ogbaru to start clearing immediately, dear Governor elect,do the sporting youths and sports loving people of this noble state a huge favour by declaring a state of emergency in Anambra sports. Sports in the needs urgent surgery to survive. 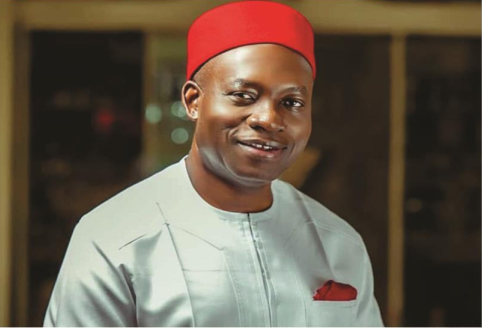 However, Anambra state is known for producing credible and quality people in every aspect of human endeavors especially in sports, the likes of John Mikel Obi,little Stephanie Onusiriuka,Alex Iwobi etc, but due to lack of interest,support and availability of sports facilities,our enterprising sports men and women are lost to the near by states.

Furthermore,it is good to inform you of the true situation of things in Anambra sports circle before you take over the mantle of governance.

Anambra has no government owned functional stadium, the one still under construction at Awka is not yet in use,and its pavilion has to be expanded to meet national and international standards.We appreciate the sincere efforts of the out going APGA government for kick starting the project.One stadium in Anambra is nothing to compare with the teeming we have.

FC Ifeanyi Uba, Neros, Rojenny and Peter University stadia are owned by individuals and institution. The incoming government needs to extend their infrastructural revolution to Ekwulobia and Otuocha Township stadia as earlier promised by the current government.The same is applicable to football teams.

Anambra state has no government owned or sponsored team or any team at all in the 2021/2022 Nigeria professional football league.The only team that used to represent the state  FC Ifeanyi Uba ” Anambra Warriors” were relegated to a second tier of the Nigeria national league at the end of last season.Some time ago,

the state sports commission promised the sports loving people of the state, that the state government will float a state owned football outfit named “Anambra Bombers” for both male and female, till date we are still waiting to see it come through.It is not that the talents are not here but the support and the will power to do so is lacking.

More so, the state you are coming in to govern has nothing like state league as we see in Delta and Enugu states. Presently, the only league going in the state is the one started, organized and managed by a group of  sports loving  Rev fathers, pastors, coaches and administrators called ” Anambra Independent football league” (AIFL) which is currently going on round the state.

This is the sixth year of the league, yet without sponsors. It is Only Dr Godwin Maduka that has supported this league by giving the league management council one million naira to clear off referees token for immediate past season 2020/2021 season 5. 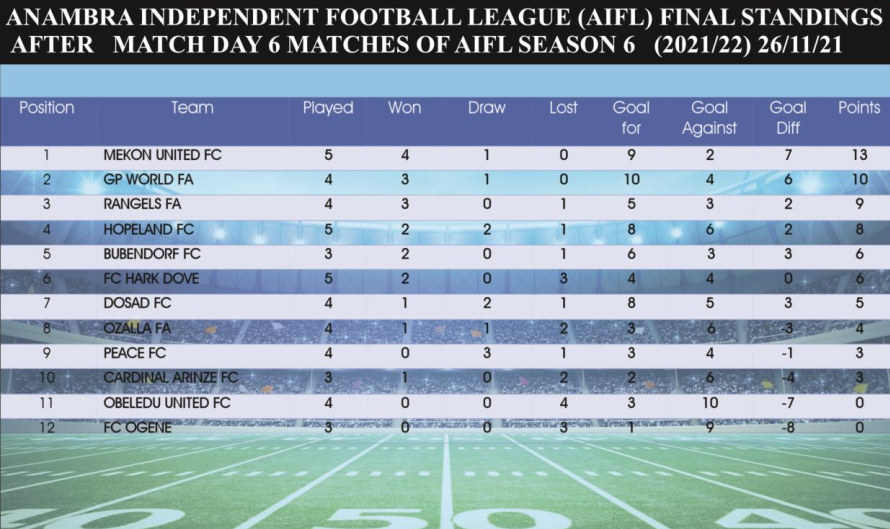 However, the one million naira and a giant trophy promised by the state government to the AIFL for 2019/2020 season 4 is yet to be redeemed.It is a league that is played every year starting from October to April on Fridays each week. Imagine the number of talents produced  and the number of youths put out of crimes by this league.

What the organizers of the noble league is asking is just a token of yearly support to keep the youths of the state engaged and brighten their future football fortunes.Some of the products of the league are now in some Nigeria national league sides, African countries and Europe playing. The organizers see this task as an apostolate for the youths.

Your excellency,it may interest you to know that  Anambra football Association doesn’t have Chairman, the last football Association election that would have brought in a new dawn was choked up by court injunction that made executive dormant and inactive.The gladiators in  this area are all around.Your government as matter of urgent attention has to step in to restore peace and progress.It is not a government interference as some may be alleged but a sincere efforts to move the state forward through sports.

Your excellency, you are an erudite professor of economics who knows where money is and how to attract it, sports in Anambra needs investors/ sponsors, the youths that earnestly asked for you as their Governor is looking at the future with trust and hope.

Though your manifesto may not have captured sports as with a separate title but I believe you have well tailored plan for sports in Anambra. It is not my duty to tell you what to do or how to form your government, but as I was writing this little piece, my spirit asked me to suggest to you that in appointing people into sports ministry/ commission, do the state  sports lovers the favour of giving the people who are directly involved in various field sports the opportunity to serve, and not just a political appointment for optimum results and efficient management.