In a world where wealth, when acquired, only needs to be flaunted, Frank was certain the only thing still keeping him in the seminary was his WASSCE. At the completion of his senior secondary, 3, he would leave immediately, enter the world and flaunt his father’s wealth a great deal. He would continue with his studies, be serious at it. But he would also be free to live whatever kind of life, he chose. The world has taught him that one only needed to acquire wealth, then flaunt it. He would go for the luxuries. He would go for the girls. And these were things the seminary kept denying him. Frank was tall, strong, stoutly built and fair of skin, with an intellectual ingenuity that could only be admired. If a perfect man was based only on physical and intellectual qualities, he was the kind of son Margaret Thatcher and Golda Meir would fight for.

“All this should just end. I need to study.”

The Holy mass was celebrated with four presiding priests: Very Rev. Fr. Augustine Okochi, the rector, Rev. Fr. Ronald Onyekwelu, the Bursar, Rev. Fr. Melchizedek Obi, the spiritual director II and a visiting priest, Rev. Fr. Christian Amogu. It was a solemn celebration that flowed like the Holy Spirit physically directed everything Himself. The choir was superb, and the faithful active. Frank looked active, though a critical purview could doubt this submission. But things began to change for Frank, during the homily.

“The kings of the world are known for pomp and pageantry,” the voice of the rector began to ring, after the bursar had read the gospel. “They compete for fame and most times, their worth rest on how much they showcase their riches. But the King of kings, the Prince of Peace, truly present in the Eucharist was born in a manger, living a life of poverty and giving himself up for mankind. What can we learn from this?”

The voice rang so clearly like clarions aligned to the voice of nuns singing pun. They were succinct. Simple. Brief, yet went to where they were needed most – the heart. It was not Frank’s first sitting at a church. Neither was it his first hearing of such spirit-filled words. Yet for some reasons, the historic experience of poor Augustine against the decisive homily of Holy Ambrose was beginning to re-enact itself.

Before now, nothing had made much sense to Frank. His stay in the church had been similar to an athlete who was told he needed some lectures in Algebra before he could perform in the Olympics. And the single wire that had made the circuit of his mind was: “acquire wealth, flaunt it. Nothing else matters.” This circuit was now breaking. “The King of kings, the Prince of Peace, truly present in the Eucharist was born in a Manger…….. What can we learn from this?”

Frank was no longer sleepy. And the crux of the homily smooched his soul during the glorious procession that ensued after the mass. If he had seen just Felix and Kyrian devotedly participating in the procession and looking fulfilled, he would have concluded that they were only trying to dislodge the stress of studies and intellectual responsibility that came under the pain of examinations. They had always been tired of studying. But seeing Tony, the genius he had never been able to beat in class engrossed in such devotion – kneeling, standing, dancing, and at the intermittent elevation of the Eucharistic presence, shouting, “Jesus Igwe”- stirred his mind towards places he was unwilling to go. Places stark and daring. He could see things for himself. Being a finalist, with only the friends of the seminary, and choir behind him, he could see vividly the SS 1 students with their Igba Eze dance, the sophomores with their ogene, and his own class members with the Gospel band – all singing and dancing joyfully.

“The King of kings.” “The Prince of Peace.” “Truly present in the Eucharist.” “Born in a manger.” “Living a life of poverty.” “Giving himself up for mankind.”

“Born in a manger. Living a life of poverty. Giving himself up for mankind.” Yet he is constantly being celebrated all over the world for more than two thousand years, and counting, with no hint of stoppage. A kind of greatness that came with humility, and moral probity.

“Were there more to physical qualities and intellectual prowess? Is God to reign in his life too? Was it necessary?”

It was like some aliens were bringing in new insights and pounding them against his head. As the Igba Eze and Igba Mmuo groups performed before the reposed Lord in the Blessed Sacrament, who is both King and Spirit, Frank was becoming unsure of many things. Things he had once been certain about.

The Corpus Christi/Christ the King celebration was beginning to bring a lot of additions to Frank’s life. A lot of ‘buts.”

For one, he would acquire wealth. He would flaunt it.
But on the poor. To humanity. To mankind.
***
We are all going to conquer the world
With our passions, our minds
Talents and songs
With the mortar and gongs
But will we carry God along?
Will we let him reign as Lord?

We are all going to become doctors
Miners of petroleum and ore
But will we carry God to our wards?
And let him reign afterwards?
Or get the abortion pills too?
And adulterate our metals and oil?

Will we let Him reign in our hearts? 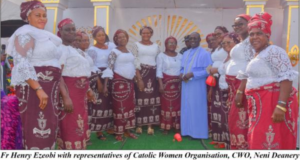 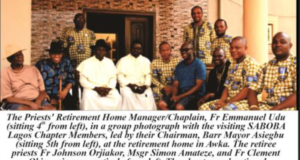 They are Legends”-SABOBA Lagos Chapter Awed By Retired Priests 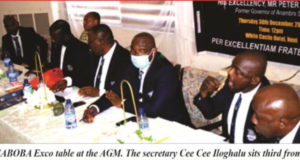