Take Up Your Cross

A newly converted middle-aged man came into a church with overdose zealousness. The minister ascended the pulpit and read a passage from the Bible where Jesus Christ said, “If you wish to be a follower of mine, denounce yourself, take up your cross daily and follow one” (Luke 9:23). The new convert did not wait for the service to come to an end. He rose immediately from his seat and hurried out of the church.

He went straight away to a carpentry workshop and asked the carpenter to construct a big wooden cross for him at any cost. He wanted it to be ready on the next day. At last they settled at a definite price. The carpenter promised to deliver it as requested. 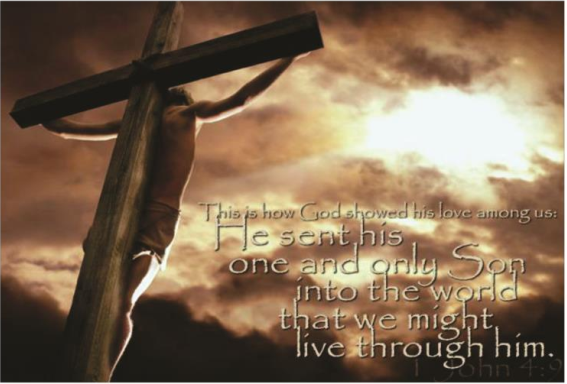 At sunrise on the next day, the new convert rushed to the carpenter’s workshop to carry his consignment. He was very glad that the carpenter delivered as he promised. The constructed wooden cross was averagely heavy. He happily paid for it. From that day he carried the cross on his shoulders wherever he goes.

One day he carried the cross as he attended his village meeting. He was sweating profusely at his arrival. The chairman of the meeting confronted him with this question: “My friend, what is the meaning of this cross you are carrying? Do you want to be crucified like Jesus Christ? Or are you one of the thieves crucified with him?” He smiled and replied, “I am now a Christian. Jesus Christ instructed that any follower of his must carry his cross daily and follow him. That is exactly what I am doing every day.”

As soon as the village meeting began, the new Christian convert slept off due to boredom. He was snoring like a wounded pig, which attracted everyone in the hall. He became a nuisance. The chairman ordered two strong men to convey the cross into his office and lock it up.

They came back into the hall in a twinkling of an eye. Then the sleeping and snoring convert was awoken with a slap on his face. He jumped up sleepily and shouted, “Back to sender! Where am I? And where is my cross?” What followed cannot be contained in this write-up. It will be a topic for another day.

I have watched a film titled “My cross.” It is all about a young catholic priest whose vocation was threatened by various calamities. At a time he lost his parents and his two siblings in a fatal accident. It was too heavy for him to bear. But by the grace of God he survived the tragedy of the loss of the whole family members. 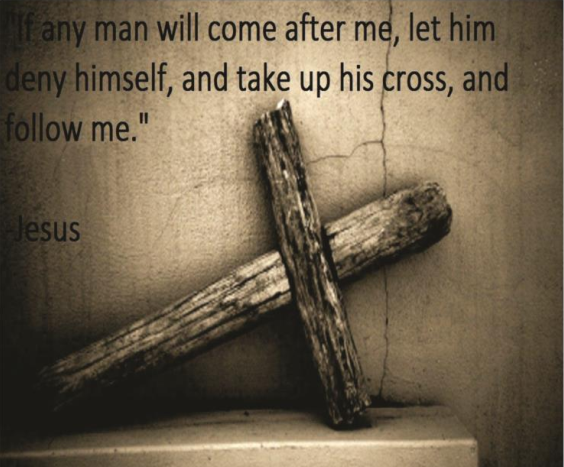 As a celibate priest he became the only survivor. His late father was rich and owned a big company. He built a magnificent family house that resembled one found in paradise. Who would inherit all these?

The concerned elders in the priest’s kindred convoked an emergency meeting. They came up with the idea of visiting the priest in his parish. They did so with dispatch. They asked him to abandon his priestly ministry, marry a wife and inherit his late father’s property.

He humbly requested them to give him time to think over it. Indeed it was a very tempting moment for him. After prayerful deliberation, he decided not to denounce his priesthood at the altar of marriage and family inheritance. Instead he willed the giant family house to the less privileged. It became an orphanage home. He also handed over his father’s company to one of his close relations. Then he carried on the cross of the catholic priesthood.

The cross Jesus Christ instructed his followers to carry is not a material wooden cross. Rather it is the difficulties and temptations we encounter in this life. It can come in the form of sickness, bad luck setback, poverty, childlessness, single life, troubled marriage, calamities, death, etc.

In our country Nigeria we have assorted crosses staring us in the faces. They include bad governance, hunger, anger, unemployment, marginalization, nepotism, terrorism, wanton killings, banditry, ethnic cleansing, bad roads, incessant power failure, etc. In fact, to be a Nigerian is a big cross itself. These crosses we are carrying in this country is due to bad governance and corruption. Let us not despair. If there is life, then there is hope of better Nigeria.

Some men and women of God teach their followers that God did not create anyone to suffer. Hence they preach the gospel of prosperity. For them suffering is a curse. Few years ago, I overheard a pastor shouting to his congregants, “You must be rich! Claim it!”

The suffering congregants were chorusing, “I claim it! I claim it!! I claim it!!!” In order to claim it, each person paid a heavy tithe to the pastor. Afterwards he smiled to the bank, bought a luxurious car and built a modern two-storey house. On their own part, the congregants smiled to the toilet. Till today, they are yet to claim the promised wealth. Some of them have died in abject poverty.

I was in the course of writing this article when tragedy struck. My laptop computer crashed and was technically pronounced dead. I had np choice than to starve my readers for some weeks. It was a heavy cross for me to stay idle. As a way forward, I found another way of exercising my intellectual ability in writing. When one door closes, another one opens. Man is a bundle of possibilities. Never give up !