People who often shift blames to others have been advised to desist from such act but to instead take up responsibilities for their actions.

A Catholic priest of Awka Diocese, Rev Fr Peter Obiefuna, gave the charge in his homily of a concelebrated Thanksgiving Mass to mark the 25 Years Priestly Anniversary of the Parish Priest of Ss Peter & Paul Parish, Nise, Awka South LGA, Anambra State, Rev Fr Bonaventure Ikechukwu Nwankiti, at the parish, on Sunday, January 2, the 2022 Feast of the Epiphany of the Lord. 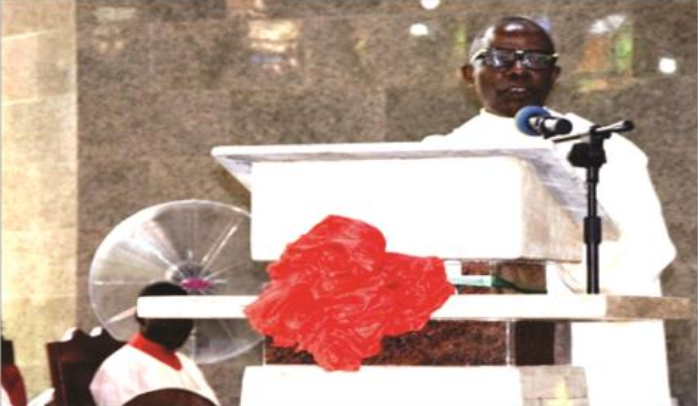 Fr Obiefuna, who is based in Lagos, described the ability of an individual to take up responsibilities and relate well with others as a true test of a humble person. According to him, the most important thing was for a humble person to admit when he made a mistake.

The homilist, who cited the story of Adam and Eve with the serpent in the Book of Genesis, of how Adam blamed Eve and, Eve, the serpent, exhorted all against shifting blames to others. He advised people in positions of authority to learn to take responsibilities for their actions.

Basing his homily further on the Reflections of Fulton Sheen in prison, he advised all to learn from his humility. This was even as he advocated for the need for people to be appreciated for the good they did, noting that such gratitude would encourage more goodwill.

Rev Fr Obiefuna, who also spoke on leadership, stressed the need for leaders to give those they led the opportunity to contribute to development and not to neglect them.

‘As leaders, do not look down on others, be servants to those you lead and give everyone the opportunity to contribute to development. Avoid the ill wind called envy and support each other. There is no humiliation in humility, strive for patience, and In humility, say thank you for the goodwill you received and seek people’s help with courtesy, not with command,’ the homilist said.

Pointing out that the garment of humility never went out of fashion, Fr Obiefuna exhorted all to stay humble, lest they stumble; be honest in their dealings with people and be good listeners so as to learn more.