Few days ago, the Vice President of the Nation, Yemi Osinbajo recommend the Federal Government that the Orientation Camps for National Youth Service Corps be locked for two years in adherence to the nation’s law on Social distancing and not more than thirty persons in a gathering as to help control the spread of COVID -19.  These indeed raised dust in the media as there were varied opinions on his recommendation.

Do you know the traumatizing it is for me to even think about camp? I no wan learn anything for their SAED. Amicable and Uwana go teach me shoemaking. No need. Prepare the handbook, I’ll download and read it. – Gidyon Thompson, Brand Consultant, Prospective Corps Member

The only reasonable thing about that Camp is Skill Acquisition and Entrepreneurship Development, SAED and 70% of corps members careless about it. If SAED can be achieved at various CDS, then I can remix storm is over by R Kelly because the 21 days in that prison is a total waste of time. – James  Akpakpan, Footwear Designer, Ex-corps member.

About this whole camp thing. Hmm, I don’t think I’m in a place to respond because I only did parade not up to 7times, I didn’t even do the compulsory man’s war stuff. OBS was such a lifesaver. Camping doesn’t really give anyone an idea of the state of deployment. Then that thing they call parade, I don’t understand in which stage of my life I’m going to need it.
They just use it to give soldiers unnecessary authority over corps members. However, Skill Acquisition and Entrepreneurship Development, SAED should never be scrapped; it should be incorporated into CDS activities. I rest my case. – Jennifer Pius, OAP, Vision FM,  Kebbi State, Serving Corps Member.

I was indifferent during my camp days but I had enough time to have valuable friendships that are still on till today. I fell sick during camp though, due to stress not unhealthy living. Sagamu is still one of the nest camping grounds in Nigeria. What I think should be done is scrapping of unnecessary lectures during camp.

Taking parade off and involving other fun activities. Waking up at 5am is no big deal, that’s why its acamp. SAED should be improved on. I learnt how to make soaps during camp. For me, camp shouldn’t be taken away. It should just be improved on. – Ekomobong Akpabio, Lagos-based HR Manager, Ogun Ex-Corps Member.

Camp is total useless. All those money allocated and wasted to build camps setting for nonsense parade and running under the sun and in the rain I still find it a it fun utterly unnecessary just stress and draining people’s energy, (if to say them wan make we become soldiers, we should have been sent to barracks to train with military men once we clock 18years).

Yet someone will still carry disease from toilet and over populated people.  My annoyance is the locking us uo from freedom of movement and restricting us only to one environment. Then waste of money. All NYSC camps main achievement is to chop the one wey you dey manage for hand and make someone broke due to many and other unnecessary things. – Ottobong Usoro, Abuja Litigation Secretary.

I think the whole camp thing is a waste of resources. I didn’t freak it talk more of energy it. I was busy fainting and drilling my life out within the three weeks. As for  SAED I chose automobile and the only thing I’ve achieved is changing of tyre  which I’m yet to practicalise. Let everyone stay in their parents houses. All those travelling and unnecessary spending of money should be thwarted. Youths deserve better. – Comfort  Otong, Ex-corps Member, Served in Abia.

Serving your father’s land means a lot to people you travel to particular tate you haven’t been and meeting new people, understand them and can share ideas and a lot more.-  Agada Chikamso, a serving corps member in Anambra Sate

It is an avenue for learning and discipline. – Ogboso Juliet Chimuanya, a serving Corps member in Enugu

I thought that they usually sing in our camp that NYSC is regimented. So how can they scrape the camping. The camp is a nice and good idea it shouldn’t be suspended oo rather they can reduce the  number of days. As well as equip the camp with needed equipment for testing for the virus.

The possibility isn’t there because it would mean a new avenue for inculcating the same regimentation, orientation exercises into state of deployment. So, seriously, even when possible that the scheme could carry on without the first, it would be hard kicking it out. Hence, it would mean, starting all over again from the varsity levels. So, in other words, final year students will have that orientation aspect as a course. – Ernest Lawrence, a serving corps member.

It could be at the initial stage. We have to look for a resulting solution to reduce PCM crowd and the orientation camp is a direct opposite to that agenda. And we have to move on. The orientation camp is meant to inculcate the knowledge of what will be carried out during the service year and this orientation can be out in writing like a manual where we can read from without gathering for 3 weeks under not so  good conditions.

To my understanding, the most important part of the service year is the other three listed, that’s where we really get to serve the country.

NYSC orientation camping is the core of the NYSC program. Therefore suspension of the orientation program completely negates the purpose of the program. I strongly believe that no orientation, no NYSC. This is so because the entire aim of the NYSC is to foster national unity. So, if we can’t relate as youths from different regions on the platform of orientation. What then is the essence? – Alexander Johnson Adejoh, Serving Corps Member in Anambra

So, I am Odet Emmanuel, an Ex-Corps Member who served in Abuja, under a federal government Agency; Securities and Exchange Commisiion. Before I delve into the issue at hand, I would like to say unequivocally that we have all been victims of this disease; the Corona virus.
It may not have affected some of us directly, by way of being quarantined, or the unwarranted schema and tortur it brings, or even the shaming, and focefuls evacuations and isolations away from family and loved ones, but ut has changd our lives, a coercive change we never had envisaged, one that may never go away in the near future. We must all embrace our new realities and find ways to adapt in this fragile days.

Meanwhile, it must be stated clearly that the one reason  fo the creation of the scheme (NYSC )

Was for integration and fellowship, while the camp may provide that latter, it is the former that breeds seamless cohesion and national peace and integration, which is the CORE and ULTIMATE reason that fueled the scheme in the first place. Do we really need to trade bread for stones?

It must be pointed out that drastic times calls for drastic measures, we must not be carried away by the temporal pleasures in the camp and risk the possibility of losing our lives-only the living can dance, “chop” life, integrate or even build peace.

According to the constitution and even the supposed morality clause of government, the prime role and responsibilities of government is the protection of lives and properties by all means feasible.

Globally, the modus operandi to life and living has been alered, it is not off that suggestions about banning camping is coming up. We must approach this issue devoid of sentiments and emotions. Life is like a football match, sometimes in order to defeat your opponent, you change your tactics. We must embrace the greater goal for the call.

It’s admitted that there’s the issue of COVID 19 which has disrupted certain things including the economy of Nigeria and the government is seeking means to cut spending. But the suspension of NYSC orientation course is not the best thing to do. While that can happen for a short period, two years is too ling a tie. We may save cost, perhaps, but lose a veritable ground for building national cohesion.

We do not pray that the pandemic will last for long and so, because of the nature f the programme, as it helps to bring together strangers, where they learn about other people and are also led in the way of acculturation into the realities of living a more nationalistic mindset, government should look at other places like cost of governance and maintenance of obstinate facilities to cut cost and not suspension of the orientation exercise for two years. –  Ihunanya Ukeje, a serving Corps in Anambra State. 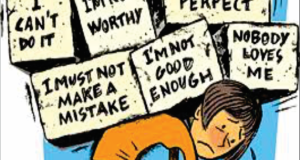 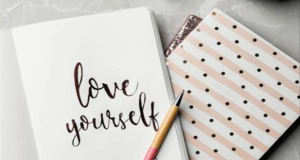 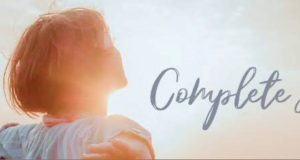