Super Eagles and the Buhari Metaphor

Years ago I would have not been able to eat or sleep following the kind of loss the Super Eagles of Nigeria suffered last Sunday at the ongoing Africa Cup of Nations tournament in Cameroon. Indeed, way back in 1994, after the Eagles had lost to Italy at the World Cup in a very narrow defeat, I had found myself turning and tossing in bed and imagining what would have happened had the Eagles managed to hang on for another few minutes.

Recall that after going one nil up, courtesy of an Emmanuel Amuneke goal, the Italians had managed to score two goals late on to win 2-1. Last Sunday, the Eagles, after being considered overwhelming favourites to beat their Tunisian opponents, slumped tamely to a 1-0 defeat to the utter consternation of their fans.

You wouldn’t blame those fans who found the defeat very difficult to swallow. In the group stage Nigeria had been the only country to garner the maximum nine points, having beaten the likes of Egypt, Sudan and Guinea Bissau. On the other hand, Tunisia lost two matches and only won one to come third where only two teams would proceed to the next round. But Tunisia luckily emerged as one of the three best losers and earned the right to meet Nigeria. 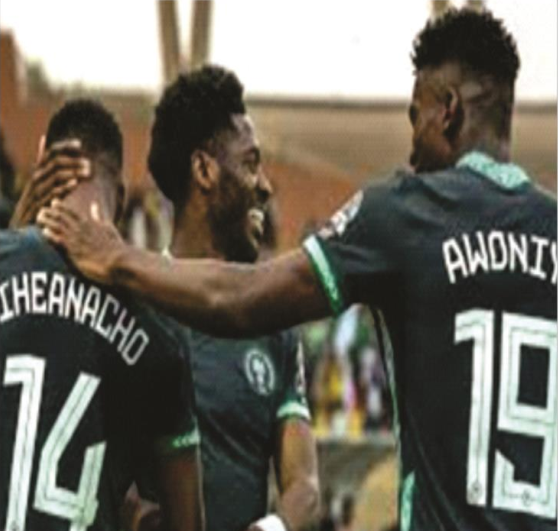 Meanwhile, just before confronting Nigeria, Tunisia had the misfortune of having twelve players test positive for COVID, including their coach.

Therefore, their match with Nigeria was considered a mismatch. I’m even sure many people must have betted heavily on Nigeria winning.

But the match was far from that as the Tunisians showed more maturity and tactical nous to oust Nigeria; the first time in many years that Nigeria would go out that early.

It was only then that the reality set in among the Super Eagles’ fan base. While some cried because their darling team failed to win, others cried because they had incurred heavy losses by betting that Nigeria would win.

For me however, I have since learned not to put my heart too much in the local game, especially since Nigeria’s football became almost dead. Recall that Nigeria for the first time failed to qualify for the Olympics (both male and female); the U-17 and U-20 World Cups.

These under age competitions were ones that used to almost seem like the birthright of Nigeria to not only qualify but to do well. Same as the Olympics. But we failed to qualify.

At the club level, our teams are now easily booted out in the group stages of both the CAF Champions League and Confederation Cup. Thus there’s been nothing much to cheer about our football. I’ve since then taken to European football like many other fans. But to many, once

it concerns national team football they will still have interest in what goes on. And so when the Nations Cup kicked off and Nigeria started seemingly doing well, people started cheering. Those who did not show interest did so after they heard about the way we handled almighty Egypt. By the time they heard that Nigeria qualified for the second round by winning all group matches, interest was mightily reignited and talk about the possibility of Nigeria winning the cup began to resonate.

But, alas, it happened that the Super Eagles only contrived to raise their hopes and dash it. It became clear that we had not learned from our experience at the 1998 World Cup when we were looking ahead to meeting and beating Brazil when we had not yet navigated through the second round where we were to meet Denmark.

The feeling then was like, ‘Ah, ordinary Denmark? We’ve already beaten them!’ but when we met Denmark we were trounced 4-1 and out we went. That was exactly what happened again last Sunday.

But trust Nigerians to look for excuses in everything. They began to castigate and curse their president, Muhammadu Buhari, for causing the Eagles defeat. Recall that Buhari had called and spoken with all the players to wish them well just before the match. But many had described the telephone conversation between the president and the players as the cause of the defeat as Buhari carried bad luck.

But to me, such belief is infantile, unacademic and downright stupid. The Super Eagles lost because they played like a team not ready to win, especially in the first half when they played as though all they needed to do was for them to step out on the pitch and their opponents would catch cold. They played what I call ”big man” football and we all know that big men don’t play football. We also lost because our technical crew was bereft of ideas of the modern game.

Yes, Nigeria is blessed with an array of stars, who, though may not be playing for the biggest teams, are still good enough to be reckoned with. But from the first three games we played, I noticed that we were not killing off teams despite dominating those games. It was also apparent that we were very much one dimensional and thus very much predictable. We simply had no counter plan in case something happened.

And so when we met Tunisia which fielded a depleted side, we still went ahead to play the way we had been playing which was through the wings where,

especially Simon Moses, would tear down and make crosses. He was our main attacking threat. The Tunisians saw through our game plan and deployed two players to mark Moses, just in the exact same way we marked Salah of Egypt. The Tunisians clipped our wingers and laid the team bare and we could not muster a shot on target in the first half.

At half time I told those with me that anything could happen as we were not doing what we ought to be doing. I wanted to see an Eagles team that was taking the game to their opponents, moving the ball quickly and pressing high. None of this happened until Egypt scored against the run of play. We then woke up but were pegged back by the dubious red card to Alex Iwobi from which point we never recovered.

Yet, there seemed to be biased and dubious officiating against Nigeria. In the first half, an obvious handball by a Tunisian defender was not even deemed important enough by VAR to order a check. And then there was this incident when the ball hit the referee from a Nigerian player attempting a pass and instead of stopping play for Nigeria to retake

the ball, the referee waved for play to continue. Then came the worst of them all. Iwobi who had just come on, was involved in a struggle for the ball with a Tunisian player. His extended hand brushed the face of the Tunisian player who fell down to simulate a serious contact.

The referee initially rightly flashed a yellow card to Iwobi, only for VAR to this time call for a check and out came the red card. It was the unkindest cut of all and one which would give credence to suspicions of a francophone gang up. In fact that referee is from Senegal, one of the countries tipped to win the cup.

Were they desperate to get Nigeria out of the way to allow a francophone triumph? Why pick a referee that was recently accused of bias in a match between Ghana and South Africa in which he gave an outrageous penalty to Ghana?Anyway I expect the Nigerian Football Federation to take up this matter and at least make some noise.

But beyond this, Nigeria’s local coaches have almost always exhibited poor tactical awareness such that despite the talents at our disposal we often fall short in

important games. Questions will always be also asked if Eguavoen was the best local coach available or if he was chosen by Pinick because of their friendship. We will also want to know if the strikers we paraded were the best around. Even though the likes of Osimhen, Dennis and Onyeka were missing, what about Paul Onuachu who has emerged the top scorer in the Belgian League?

If it was all about form, there was no way Onuachu should not have been part of the squad. But he was inexplicably left out and we were left with Iheanacho who has lost his position in his club’s first team; Awoniyi who has yet to prove his worth in Europe and Umar who did not impress. Were some of these players selected as a result of the usual orders from above? Perhaps we will never know.

But the fact many will have to grapple with and accept is that we are out. No amount of blame game can change that; even if we heap it on Buhari’s phone call to the players. Poor Buhari, he is now the butt of many jokes and has become a metaphor for all that is wrong in the country.