Three decades ago, a couple was blessed with a set of twins (male and female) after twenty years of childlessness. On the naming day, they were given specific names according to their facial appearances. The female twin baby’s face was very beautiful and angelic. Hence she was named Success.

On the other hand, the male twin baby’s face was very ugly and satanic. Thus he was called Failure. As they were growing up, their nomenclature began to manifest in their lives. Success grew up into a beautiful lady such that she was nicknamed “Onugbajieboys.” In other words, boys follow her like hungry flies. Failure himself grew up into an ugly young man. People nicknamed him “ozodimgba” (Baboon).

Throughout their primary and post primary schools, Success secured the first position while Failure repeated each class and was always promoted on trial.

At last Success became a graduate of Medicine while Failure was a school dropout. Currently, Success is happily married with exceptional children and is a specialist in Gynaecology. Failure later joined a notorious kidnap gang. In one of their nefarious activities, he was silenced forever by superior police bullets. 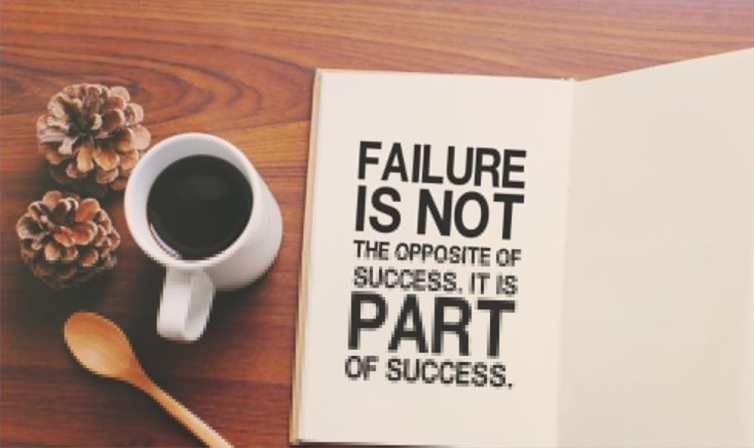 Parents should be mindful of the names they give to their children. My Igbo people say, “Aha onye na-achoga ya.” That is, the name given to a person can be his or her destiny. Have you seen a person called Ifeojoo (Bad-deeds)? Instead we have Ifeoma (Good-deeds).

Have you come across someone called Badluck? Rather we hear of Goodluck. The good luck in Goodluck Jonathan propelled him from Deputy Governor to being the Governor of Bayelsa State. From being the Vice President of Nigeria, luck exalted him into being the President of the Federal Republic of Nigeria and Commander in Chief of the Armed Forces.

If he were named Badluck, he would have retrogressed from bad to worse. However, some of the parents who named their children Goodluck because of the feat of former President Goodluck Jonathan, became disappointed. They are yet to see the good luck in those children. I advise them not to despair but to pray and encourage their Goodluck children. Rome was not built in a day.

It took the United States of America many strenuous years to achieve stable democracy. Also, going by the name Goodluck without positive effort is useless. A baby given the named Failure or Badluck is already cursed from the cradle.

Success or failure begins from the cradle. It is not a matter of facial appearance; rather it is the determination of the heart. Facial appearance can be deceptive. Many ugly men are rich and are marrying the most beautiful women. Men admire women’s face while women admire men’s pocket.

Also beauty or handsomeness is in the eyes of the beholder. No one is born to fail. Everyone is born to succeed. Nonetheless, success cannot come without hard-work. In the Novel called “Things Fall Apart” by Chinua Achebe, Okonkwo’s father Unoka was a loafer and a failure.

One day he went to consult an idol with a goat over his failure in life. The chief priest after consultation with the deity in question came out and shouted, “Unoka! Go home and work like a man!” In actuality, no man works to fail. It is shameful to start a dance like a man and then end up like a woman.

Nevertheless, a popular adage says, “The downfall of a man is not the end of his life.” In other words, if you try and fail, then try again. No wonder it is said, “A trial will convince you.”

I have a personal experience in my Elementary Six. Due to lack of interest in academic pursuit, I failed Common Entrance Examination into Secondary. I saw the failure as the ultimate end of my educational career. Consequently I happily traveled to Jos to join my father in his business.

I wanted to be a successful business tycoon with little education. As it turned out, my father himself wanted to further his education after he excelled in his Standard Six Examination. Unfortunately as he wrote in his memoir, “Poverty closed my door.” Regrettably he was compelled to pursue business due to lack of sponsorship. My father from his ugly experience vowed to sponsor all his children to the highest academic level by God’s grace.

As I was parading myself in Jos as a potential successful business man, my father summoned me one evening and asserted, “My son, you must return home and study harder. You have to repeat the Common Entrance Examination next year.

I am ready to sponsor you to any level of education so far as I am alive.” Sadly, I went home and adhered to his superior advice. My failure eventually turned into success. I pursued my secondary education with all seriousness. At last I came out in flying colours. Happily I started flying on the air like birds of heaven.

By this time the desire to become a priest of God was already burning like a flame in me. But being the first son to inherit my father’s wealth was trying to make me throw in the towel. Fortunately I was highly encouraged by my father when I told him my priestly intention.

Happily he said, “My son, if it is God’s will, I am ready to support you, so far it is not a life of hooliganism.” This last word ‘hooliganism’ is still ringing bell in my memory till today. I was highly elated. With God’s help and human determination I pursued my seminary formation for a decade and was ordained a priest in the Order of Melchizedek and in the presence of my parents and siblings on 5th September 1993.

Today I am 28 years old in the Lord’s vineyard. To God be the glory! My motivational father died after my tenth year in the priesthood. I believe God would have given him a worthy place in the Kingdom of Heaven.

My people say, “Onye nna ya no n’eluigwe anaghi eje okummuo.” This means that a person whose father is in heaven can never go to hell. If this assertion is true, then I am sure of heaven. But after some theological thoughts I began to doubt the truthfulness of the above heavenly guarantee.

What of if the person in question does not make any effort to inherit the Kingdom of God and is not keen in observing the Commandments of God? Can he make it? The common English adage says it all: “As you make your bed, so shall you lie on it.” The Holy Book without mincing words states, “Do not be fooled. God cannot be deceived. You reap what you sow” (Galatians 6:7). Indeed no one works in hell and receives salary in heaven; vice versa.

On earth we undergo academic examinations at different levels. It is either you succeed or you fail. The result of hardworking is success while the result of laziness is failure. When our WAEC result came out in those old days, one of us scored 9 x 9.

The first 9 stands for failure while the second 9 stands for nine subjects. That means that he failed woefully due to academic laziness. Instead of blaming himself over his failure, he cried out, “God, did I shoot you a gun that you failed me in nine subjects!?” If you were God, what would be your answer to him?

After the Israelites successfully crossed the Red Sea on foot, the desert awaited them. Likewise, after our earthly journey, God’s judgment awaits us. Hence Saint Paul clarifies, “Each and every one of us will render account of his life to God” (Romans 14:12).

After divine judgment comes reward or punishment. Those who succeeded will be rewarded with eternal life in heaven. On the other hand, those who failed will be punished eternally in hell fire. The mother hen advised her chicks to be watchful of the kites as they search for their daily bread. Similarly Saint Peter admonishes us, “Be calm but vigilant because your enemy the devil is prowling round like a lion looking for someone to devour.

Recently, two men arrived in hell and were welcomed by the Commander in Chief of the Evil Forces with 36 strokes of ‘koboko’ each. One of the men is from Europe while the other is a Nigerian. Just from the first day in hell, the European has been wailing seriously over the unquenchable fire of hell. On his own part, the Nigerian has been smiling in the midst of the sufferings in hell.

With tears running down his cheeks, the European asked the Nigerian, “My friend, why are you smiling under these excessive sufferings in this place?” The Nigerian looked at him pitifully and replied, “Oyibo man, we are used to suffering like this in Nigeria due to bad governance, economic hardship, epileptic power supply and torture from the hands of Boko Haram terrorists, bloody Fulani herdsmen, kidnappers and bandits.

There is no difference between living here in hell and in my country Nigeria. You have to adapt. After all you enjoyed on earth.” The European is totally dumbfounded.