The concept of Strict Liability means being legally responsible for the consequences of one’s actions or activity, even in the absence of fault or intent. In other words, it is a liability accruing to the defendant though he may not have intended to do or produce the consequence of his action.

It is enough that he did what he did. He does not need to be at fault. There are two areas of strict liability in the law of torts – the rule in Rylands v. Fletcher, and liability for animals.

THE RULE IN RYLANDS V. FLETCHER

In this case, the defendant employed contractors to build a reservoir on their land. The contractor carelessly omitted to block up some disused shafts on the site which communicated with the plaintiff’s coal mine beneath the reservoir. 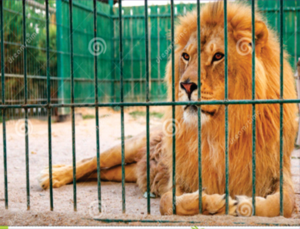 When the reservoir was filled with water, it escaped down the shaft and flooded the plaintiff’s mine. The defendants were held strictly liable for the damage on the basis of the rule propounded by Blackburn J., which is now known as the rule in Rylands v. Fletcher:

The person, who for his own purpose (and in the course of non-natural use of his land), brings on his land and collects and keeps there anything likely to do mischief if it escapes, must keep it at his peril and if he does not do so, is prima facie answerable for all the damage which is the natural consequences of its escape.

THE SCOPE OF THE RULE

According to Blackburn J., things within the rule include anything likely to do mischief if it escapes. Examples are explosives like gas, petrol or chemicals, and relatively innocuous things which become dangerous only when they are accumulated in large quantity like water, sewage, and slag.

The rule applies only to things artificially brought or kept upon the land, thus the defendant must have brought the thing on his land, and accumulated it there. For instance, if water flows from the defendant’s underground tunnels into the plaintiff’s mines, whether by percolation or by force of gravity, the defendant will not be liable under the rule if the water is naturally on the defendant’s land, and he has done nothing to accumulate it there.

But he will be liable, as in Rylands v. Fletcher, if he accumulates the water on his land by constructing a reservoir. Again, the defendant will not be liable for damage caused by the escape of rocks since they are naturally on the land.

In the case of vegetation, there will be no liability for its escape for it grows naturally on the land in the form of weeds or other uncultivated growth, but the defendant will be liable for the escape of anything which he plants on his land, since that will constitute an accumulation.

There must be an escape of the accumulated substance from the land where it is kept to a place outside. For instance, there is no strict liability where an explosion injures a worker in the factory where he works, as there is no escape from the factory to another land. 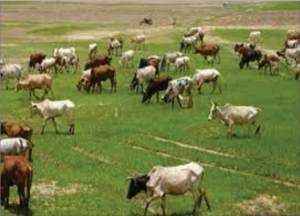 There is no liability for escape of things naturally on the land, but for some special user which causes an increased danger. The term non-natural user is a question of fact, which is decided in consideration of time, practices, and other circumstances. Examples of user held to be non- natural are the storage of water or gas, the storage of a car with a tank full of petrol in a garage, etc.

Strict liability is also imposed for damages or harm caused by animals. The liability for animals is classified into cattle trespass and liability for dangerous animals (the scienter action).

The essence of cattle trespass has been expressed thus,

If I am the owner of an animal, I am bound to take care that it does not stray on to the land of my neighbour; and I am liable for any trespass it may commit, and for the ordinary consequences of that trespass; whether or not the escape of the animal is due to my negligence is altogether immaterial.

The following principles have been established under liability for animals.

III.           It is only a person having an interest in the land trespassed upon that can sue.

An animal of a class ferae naturae is conclusively presumed to be dangerous, and the keeper of such an animal is liable for any harm it may cause without proof that the particular animal was savage.

Therefore, a keeper of a tamed elephant which escapes and injures another would be liable, simpliciter. Where damage is caused by an animal of a class mansuetae naturae, however, the keeper of the animal will be liable only if the animal had a vicious tendency, and the keeper knew of that tendency.

Our courts have been approached with cases on these torts. There are defences, and whether they avail a defendant or not is a matter of the circumstance of his/her case.