Stop Trying to be Remembered

When I was young, I was an avid Disney channel consumer. Even though I had no connection to American culture, I loved the shows and often fought with my brother when he preferred to watch football over Hannah Montana. Most importantly, my love for Disney birthed an unexpected interest that I would carry into my teen years. Writing songs.

If you watched Disney in the late 2000s to early 2010s, you probably remember the classic singer-songwriter trope. The actors would randomly break out into song. Conveniently, some background music would appear to support their cathartic performances. It was a rather odd concept but I still ate that shit up.

I walked around the house singing lyrics accompanied by imaginary backing tracks that encompassed pop music at the time. I scheduled shows where I forced my family to sit through my improvised songs. And although these were all signs of acute psychosis, I enjoyed these moments very much. Writing songs became the only way I could express myself. I hoped to be a big star someday and I strongly believed this was my calling, my purpose, my ultimate legacy!

Obviously, this did not happen. Yet, I still continue to write songs for myself and those close to me. The ultimate question is, why write songs or pick up any hobby even though you’re not going to be the best at it? Why invest energy into something you love even if no one cares?

Well, the answer is quite simple. Because you can. 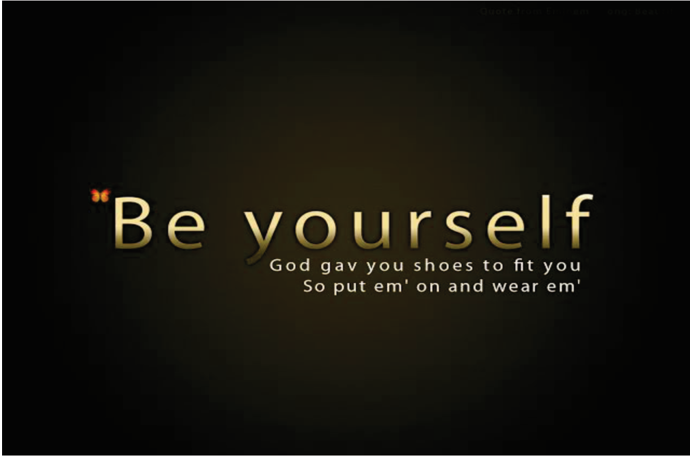 One of my favourite quotes from Meditations by philosopher Marcus Aurelius states, think of the whole of existence of which you are the tiniest part, think of the whole time in which you have been assigned a brief and fleeting moment, think of destiny – what fraction of that are you?” Throughout his writing, Aurelius acknowledges that human beings put too much weight on life, fame and fortune. We spend more time trying to be remarkable than we do actually living. And, it’s true.

When we crave to be remembered on this floating ball of gas (earth), we’re often unappreciative of the present. Many people don’t even try their hand at new interests because they are blinded by the belief that if they can’t be the greatest then what’s the point in trying? It’s a combination of perfectionism and delusion, in my opinion. You shouldn’t try to be the best, you should simply make the effort to be. Be because you want to be not because you want someone to remember that you were.

(I am very aware that the previous sentence probably makes little to no sense but I’m keeping it in because I like it.)

To many go-getters and ambitious people, this seems like I’m trying to sell you out of your dreams but that’s not my intention.

I recently watched a YouTube video that was titled “You Will Never Do Anything Remarkable”. It sounds very negative, however, the creator goes on to name such incredible people who did incredible things yet are barely recognised in modern society. He consequently tells his viewers that they should do things they love simply because they love them, not in the hopes of being remembered. Remarkability can never outlive time but that doesn’t mean that you shouldn’t try to do something simply because you won’t be on a world record book.

Pick a hobby that gives you satisfaction, whether or not you’ll be rewarded for it. Start a blog even though only a handful of people will read it. Start playing a new instrument even though you sound horrible. Most times, people need some form of recognition to feel like they’re doing something right. But, more than often, this stems from a need to be known and acknowledged.

I’ll leave you with this. You will never do anything that will outlive human existence. The time you are alive in comparison to the grand scheme of time is very small. You are a blip and eventually, you and everyone who remembers you will be dead. So, just do it.