Amid fears of the imposition of a state of emergency on Anambra State following the spate of killings in the state ahead of the November 6 guber poll, Anambra State governor, Willie Obiano, has poured cold water on such fears, disclosing that President Muhammadu Buhari has given assurances that such will not happen, reports Jude Atupulazi.

The statement by the Attorney General and Minister of Justice had come as a shock to many who immediately read ominous meanings into it, justifying their fears that the ruling party at the centre had concluded plans to rig the election in Anambra State. 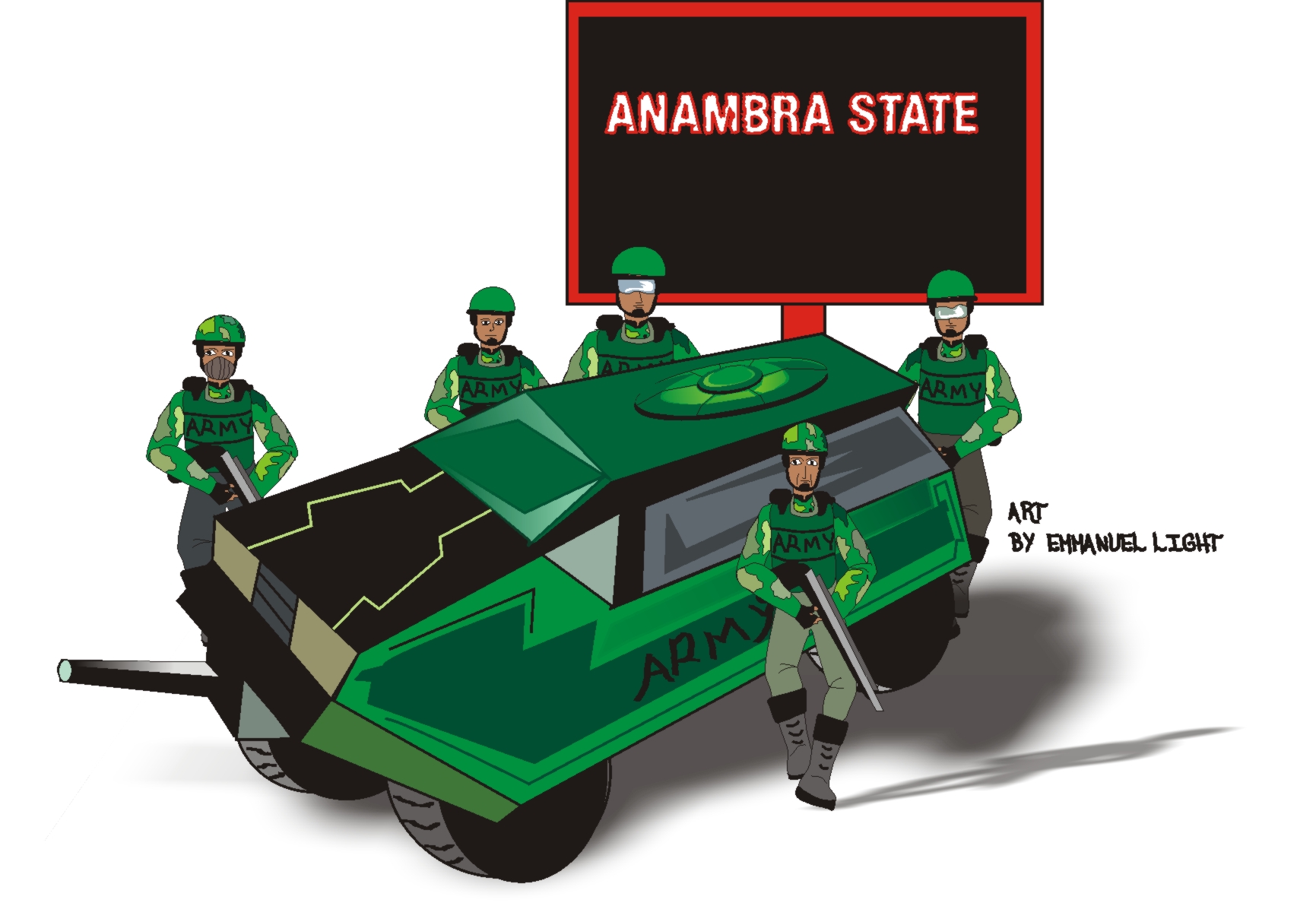 But speaking to newsmen shortly after his meeting with President Buhari last Thursday in Abuja, Obiano said there was no cause for alarm as the president had assured him of his administration’s commitment to sustaining democratic ideals in Nigeria.

Obiano said he was warmly received at the State House in Abuja by President Buhari and that he reported the statement credited to the Attorney General and Minister of Justice to Buhari.

Continuing, Obiano said the President was displeased with those who used his name and that of the Federal Government to intimidate Anambra voters.

‘We also discussed the November 6 Anambra gubernatorial election. President Buhari assured me that he will not support intimidation of the electorates in any form and promised that the Federal Government will support INEC and other agencies connected with the election to ensure the conduct of a free, fair and credible gubernatorial elections,’ Obiano further said.

Before Obiano’s meeting with Buhari, the Anambra State Government and some stakeholders had flayed the Federal Government over the statement credited to Malami and saw it as a plot to rig the coming election in the state.

Constitutional lawyer, Mike Ozekhome and the People’s Democratic Party, PDP, had also joined in condemning the suspected plot, with all seeing no justification for the suggestion; even as the All Progressives Congress, APC, in the state however heaped the blame on Obiano.

In a press statement signed by the Anambra State Commissioner for Information and Public Enlightenment, Mr C. Don Adinuba, on behalf of the Anambra State Government, entitled, ”Threat of State of Emergency in Anambra: Malami Has Confirmed the Worst Fear of Nigerian People”, Obiano described the suggestion of the imposition of a state of emergency by the Attorney General as an indictment of the country’s president, Muhammadu Buhari.

Malami had stated that the Federal Government could impose a state of emergency on Anambra State if the new spate of violence in Anambra State persisted ahead of the November 6 gubernatorial election in the state.

But describing the statement as appalling, Obiano said it was a strong indictment of president Buhari as the Commander-in-Chief of the Armed Forces and the country’s Chief Security Officer.

‘It has confirmed the worst fear of the Nigerian people that politicians outside Anambra State, in collaboration with their local minions, are behind the recent spate of killings in the state to frighten people from coming out to vote in the forthcoming polls, thereby enabling them to write the results they like.

‘It seems that since these politicians have proved unable to intimidate the Anambra people from coming out to participate in the election, they have resolved to impose emergency rule on the state. Not up to 15 persons have lost their lives since the new spectre of violence in the state. For a state that has for the past seven years enjoyed the well-deserved reputation of being Nigeria’s safest and most peaceful state, this number is pretty high,’ Obiano stated in the release.

He wondered why anyone would even consider taking such an action for Anambra when what transpired in the state was nothing compared to the years of carnage in such northern states as Borno, Zamfara, Katsina, Benue, Plateau, Yobe, Niger, Adamawa, Taraba, and others where he noted that terrorists had not only killed several thousands of civilians but also successfully attacked military formations and slaughtered soldiers and other security officers; even bringing down some sophisticated combat aircraft, despite which elections went on in those places in 2019.

Obiano also wondered why a state of emergency had not been declared in Imo and Ebonyi States controlled by the All Progressives Congress, APC, which had witnessed worse scenarios in the recent past.

He said it was certain that the Federal Attorney General and Minister of Justice threatened emergency rule out of extreme frustration, given that the deadline for the Independent National Electoral Commission (INEC) to publish the final list of candidates participating in the election was coming the day after Malami’s threat.

He said the latest development was an act of desperation by those he said had vested interests who were now toying with the idea of emergency rule, through which they hoped to capture Anambra State by all means and impose their lackey ‘on a great, successful, robust and independent-minded people.’

The governor also pointed at the frequent change of police commissioners in the state, describing it as not mere happenstance.

‘Anambra is having its fifth Commissioner of Police in six months. The high turnover of police chiefs does not make for stability and continuity. Yet, the Federal Attorney General has the temerity to blame the State Government for the recent loss of lives in our beloved state.

‘All Nigerians are perplexed at the determination of an infinitesimal clique of politicians to conquer Igbo people and make the Southeast a vassal state.

They want to impose on us those the great Professor Chinua Achebe famously described as renegades who are committed to making Anambra a bankrupt and lawless fiefdom. Anambra State, having made huge progress in recent years, cannot go back to the Dark Ages.

‘Senator Chris Ngige, a worthy former governor of this state who is currently the Minister of Labour and Employment, is right to state that the November 6 election in Anambra State provides a historic choice for the people to choose between eternal slavery and perpetual freedom. We have unequivocally chosen freedom for ever,’ Obiano rounded off.

For his part, constitutional lawyer, Chief Mike Ozekhome, SAN, said the Attorney General of the Federation had merely flown a kite by his statement.

Noting that the declaration of a state of emergency was a serious constitutional matter within the purview of Section 305 of the 1999 Constitution and thus something that could not be done with what he termed a knee jerk approach, he said that certain conditions must be met to exercise that.

‘Section 305 permits the president to declare a state of emergency by way of official gazette. But two-third majority of the National Assembly must ratify the executive proclamation within 2 days. This shows it is not solely an executive fait accompli. The Legislature must be fully involved.

He said that a state of emergency may also be declared if there was clear and present danger of the above scenarios; or a disaster or natural calamity affecting the community or a section of it occurred; or there was occurrence of any other public danger that constituted threats to the existence of the Federation.

In its reaction, the People’s Democratic Party, PDP, saw the suggestion of emergency rule in Anambra as part of a plot to rig the election

The National Publicity Secretary of the PDP, Kola Ologbondiyan, in a statement titled, “Perish contemplations of state of emergency In Anambra, PDP cautions FG”, asked the All Progressives Congress-led Federal Government to perish every contemplation of imposing a state of emergency in the state ahead of the November 6 governorship election.

PDP contended that the reported move to foist an emergency rule in Anambra was a ploy by the APC-led government to suppress the people, manipulate the process and rig the governorship election for the APC and its candidate.

Ologbondiyan demanded that the APC and its administration should come clean on their roles in the sudden rise in insecurity in Anambra State ahead of the election, noting that the demand was predicated on apprehensions in the public space that the spate of insecurity in Anambra was contrived to heighten tension in the state in order to derail the democratic process to the advantage of the APC.

For his part, the APGA governorship candidate, Prof Chukwuma Soludo, said a declaration of a state of emergency would escalate what the Federal Government intended to cure.

Soludo’s aide, Hon Pauly Onyeka, who spoke for Soludo, insisted that the situation in the state had not warranted the declaration of a state of emergency, noting that everybody knew that Anambra had been peaceful for nearly eight years.

‘The insecurity challenges now are engineered by politicians who want to create fears in the minds of the electorate to prevent the election.

‘Instead of a state of emergency, the Federal Government has the option to flood the state with security personnel to enable it to have the so-called peace for the election. Any state of emergency in the state would go to confirm that the All Progressives Congress has a predetermined ploy to take over Anambra State at all costs,’ he said.

But the APC governorship candidate, Senator Andy Uba, who spoke through the party’s Director of Meida, Hon Afam Ogene, blamed Gov Obiano for the insecurity in the state.

His words, ‘The only person to blame if there should be a state of emergency in Anambra State should be Governor Willie Obiano. The Southeast stakeholders held a meeting in Enugu; the only state that was not represented in the meeting was Anambra State, yet Anambra has the highest security challenges in the zone. The question is what does the governor do with his security vote that is about N1.5bn monthly?’

As the tension generated by the suggestion of the nation’s Attorney General continues to gather momentum, political watchers and Anambra people are waiting to see how it all pans out