Various stakeholders from different parastatals have called on women across Anambra State to fully participate and be more visible in politics and leadership.

Fides gathered this during a one day workshop organised by the Association of Commonwealth Universities (ACU) in collaboration with Civil Resource Development and Documentation (CIRDDOC) and Anambra State Inter-Party Women’s Network (ASIPWN), held on June 15 at King David Hotel, Awka. 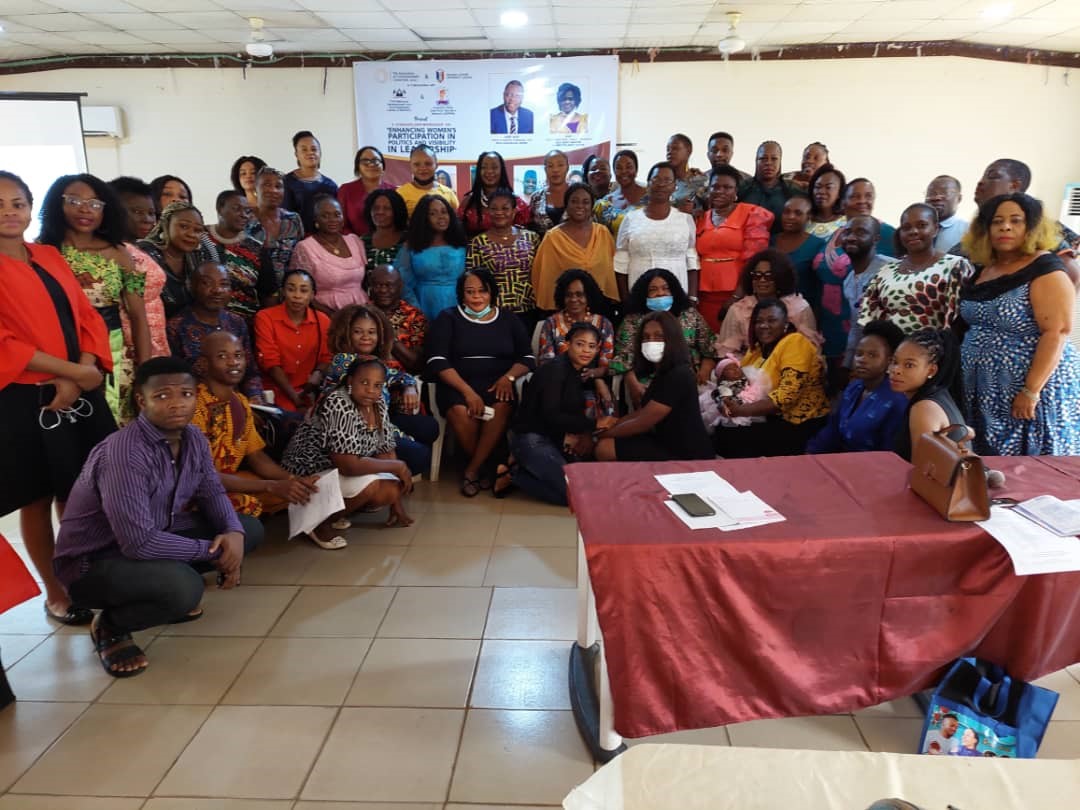 Group participants at a one day workshop organised by the Association of Commonwealth Universities (ACU) in collaboration with Civil Resource Development and Documentation (CIRDDOC) and Anambra State Inter-Party Women’s Network (ASIPWN), held on June 15 at King David Hotel, Awka.

Speaking at the event, the first female Mass Communications Professor in West Africa, Prof Chinyere Stella Okunna, decried what she called the non-visibility of women in politics despite the high level of women’s education in the state.

She however called on every woman to play a visible role and contribute meaningfully to politics and leadership.

Contributing, the Director of International Collaboration and Linkages of the university, women empowerment crusader, Prof Ifeoma Nwokolo, represented by Mrs Sonia Okonna, decried the inability of Nigeria to produce a female president, governor or even senate president.

She therefore advised women to rise up to the challenge by possessing the voter’s card and obtain necessary skills and education which would help them to become relevant in the political landscape, adding that women should be confident in themselves and build up their self-esteem.

He also called on women to put their numerical strength at work while he frowned at women for not supporting Sarah Jibril when she aspired for presidency on the platform of the People’s Democratic Party (PDP).

For his part, the Director of News and Current Affairs, Anambra Broadcasting Service (ABS), Gab Okpalaeze, blamed the African society for its social reconstruction that made people look down on the female folk and see them as the weaker sex rather than power house.

In corroboration, the Publisher of National Link Newspaper, Tempest Udeze, attributed poor turn up of women in the political space to religion and women’s inability to support their fellow women, hence making their numerical strength insignificant.