By OKONKWO JOHN .U.

Nigeria is a country blessed with abundant human and natural resources. All things being equal, no citizen of this great nation ought to suffer poverty not to talk of extreme hunger which has sent thousands of her citizens to the great beyond. I really agree with Prof. Chinua Achebe, a dynamic novelist, in his book: “The Trouble With Nigeria” that Nigeria’s greatest monster is simply and squarely failure of leadership.

Indeed bad leaders who fraudulently and forcefully found their ways into Aso Rock and other seats of political power have done more harm than good to the law abiding citizens of Nigeria through their self-centred  evil actions. These leaders formulate policies aimed at satisfying their egoistic whims and caprices at the expense of the poor salaried workers, daily income earners and other manners of financially low  and average level citizens. I boldly assert that the worst hit are workers both in the private and public sectors whose salaries are fixed or would often be increased by a maximum of 2% of their basic salaries.

Salary means money the employees receive for doing their jobs, especially professional employees or people working in an office, usually paid every month.

On the hand, inflation is a general rise in the prices of services and goods in a particular country, resulting in a fall in the value of money. 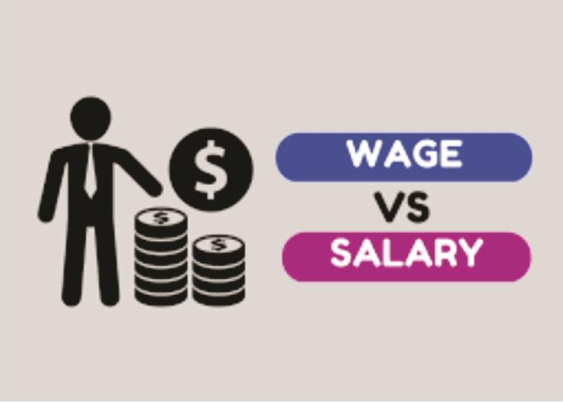 A rational and humane psyche wonders how on earth a worker copes with his monthly salary of say N40,000 which he used to receive when a bag of rice was sold for about N9,000. and now that the cost has risen to about N26,000; a cup of rice from N50 to N120; ordinary custard size bucket of garri from N300 to N1,200. Other food stuff equally experience the same hike in their prices. Sincerely speaking, food as the most essential and basic necessity of life cannot be compromised.

According to the Psychologist, Abraham Maslow, after food in the throng of the ladder of human needs, comes clothing. It is pertinent to ask of  how many workers who can comfortably afford decent and befitting attire for themselves and their dependants.

Definitely, the third in the throng of basic human needs is shelter. Prices of building materials have gone out of the reach of an average worker owning to high rate of inflation. A bag of Cement which was sold for between N800 to N1000 now dangles between N3,500-N5000 What of rods, trips of sand and stone and other materials for building which have gone out of the reach of a poorly paid worker?

It is really unimaginable that a civil servant in the management cadre obtains loans just to provide three square meals for the nuclear family. Payment of school fees for the children is a big deal. The loan obtained vanishes and the workers may resort to borrowing and / or undiginifying trade and labour just to make ends meet. Incredible!

I deem it worth while highlighting the plight of pensioners in our midst. Pensioners are those who served the government in various capacities for ten to thirty years or those who have attained sixty years of age while in service. This implies that they devoted their youthful age  to public service and deserve a handsome compensation in form of gratuities and pensions. However, in some states of Nigeria the reverse is the case. Pitiably, most of these senior citizens are deprived of their gratuities and pensions. Does one expect this class of people to provide both basic and secondary necessities of life for themselves and families. Our government should have a re-think. The nose normally joins the crying eyes. The entire family is directly affected when the weapon of poverty is used to punish civil servants and retirees.

As a panacea to the myriad of hardships experienced by active workers and retirees, salaries should  be at par with the purchasing power of the country’s currency. Regrettably, the common parlance on the lips of our government is that it has no money to pay living wage to its employees whom they give peanuts at the end of each month, yet they keep eulogizing themselves for being able to pay at all. Furthermore ,  they boast that after almost every other states  owe arrears of salaries to their workers. Refusal to pay workers is an atrocity which no Godly fellow should derive glory from. It is one of the capital sins crying out to heaven for vengeance. There should be no competition in evil.

Moreover, I humbly opine that priority attention should be accorded to human resources. Infact, a least paid  workers should receive at least N3000 daily and this amount should be multiplied by thirty days in a month and twelve months in a year to arrive at a reasonable monthly and annual income respectively. Civil servants are human beings and their lives should not be played hide and seek game with as they are precious.

Through this medium I beckon on those concerned, especially state Governors and their lieutenants to help save the lives of jeopardized and languishing workers and render them incentives for them to be more productive in service.

Corrupt  beauracrats  and technocrats  who bastardize the little efforts of government should be brought to book . Such people suffer their subordinates by enriching themselves with allowances meant for their subordinates. Labour unions at all levels should bear the good of worker in mind and never sabotage them.

One can recall that during the colonial era and even in 1960s, 1970s, 1980s, and 1990s, government workers were living comfortably, feeding well, dressing decently, residing in comfortably houses of their own, sending their siblings to schools at all levels. They were also able to pay hospital bills, conduct funeral ceremonies and met other financial obligations like our political office holders. It is not late for us to make a U-turn. Now is the time.

This noble goal should be pursued  by the helmsmen of various states, Local Governments, Commissions of  various establishment, leaders of  labour organizations and other bodies entrusted with welfare of workers and workers themselves.