The Chairman of the Anambra State Football Association, Chikelue Iloenyosi, has disclosed plans to lead an advocacy for the removal of stadium fees for clubs owned and managed in the state.

He noted that the removal of the club fee was to encourage players and club owners in the state and enable them to enjoy stadium facility which had been put in place in the state.

He maintained that it was important for the players to practice once or twice in a week for them to feel the stadium and perfect their skills.

He argued that access to the stadium without any fee would serve as a morale booster and support since most clubs currently did not receive support from both the FA and the government. 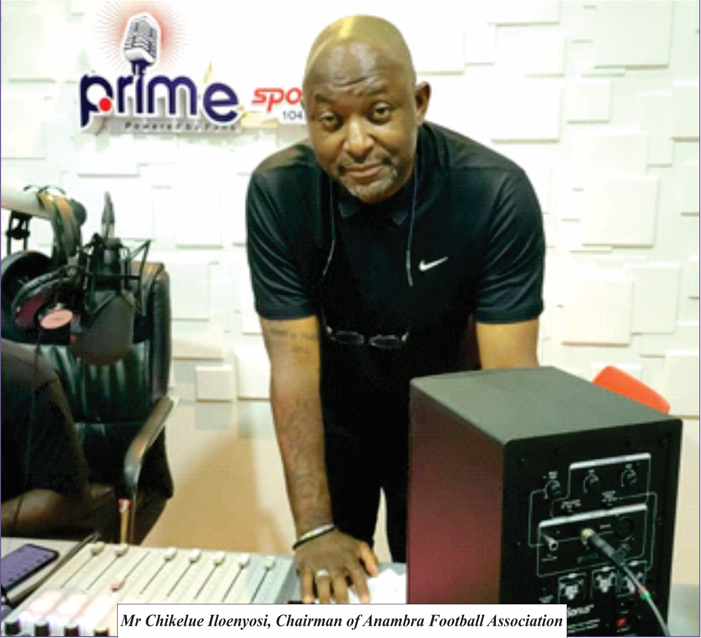 ‘We can’t have a stadium and make our own clubs pay for using it. They should gain by having such a facility and using it and getting used to it,’ Iloenyosi said.

He commended private clubs for designing activities geared at taking most youths off the streets through football and other sporting activities.

He disclosed plans to invite soccer legends of Anambra origin for the upcoming legend games which will be held by October in the state.

He urged Ndi Anambra to anticipate the legend game, assuring that it would be like a carnival. He explained that the FA was currently working out logistics for the ex-players to be brought into the state, saying that it would encourage footballers to be more committed and develop better skills to become internationally sought after.

He stated that the oncoming Governor Soludo Football Tournament would provide an avenue for discovering the talents of most footballers in order to advance their careers in football.

The FA boss reaffirmed the commitment of Governor Soludo’s administration towards sports development and building talents.

He noted that the various activities going in on the state were part of the government’s efforts to build talents and motivate those already in the field.