Two days after she lifted the trophies for the primary school and junior secondary categories in the maiden 2021 Annual Quiz Competition organized by the League of Achalla Graduates (LAGs) for government accredited schools in Achalla, St Paul’s Academy, Achalla, Awka North LGA, Anambra State, on Friday, May 21, emerged victorious in the senior category of same competition, bagging a cash award of N90, 000 in the process.

With the latest victory, St Paul’s Academy, took home three trophies and the accompanying cash awards from the quiz competition. 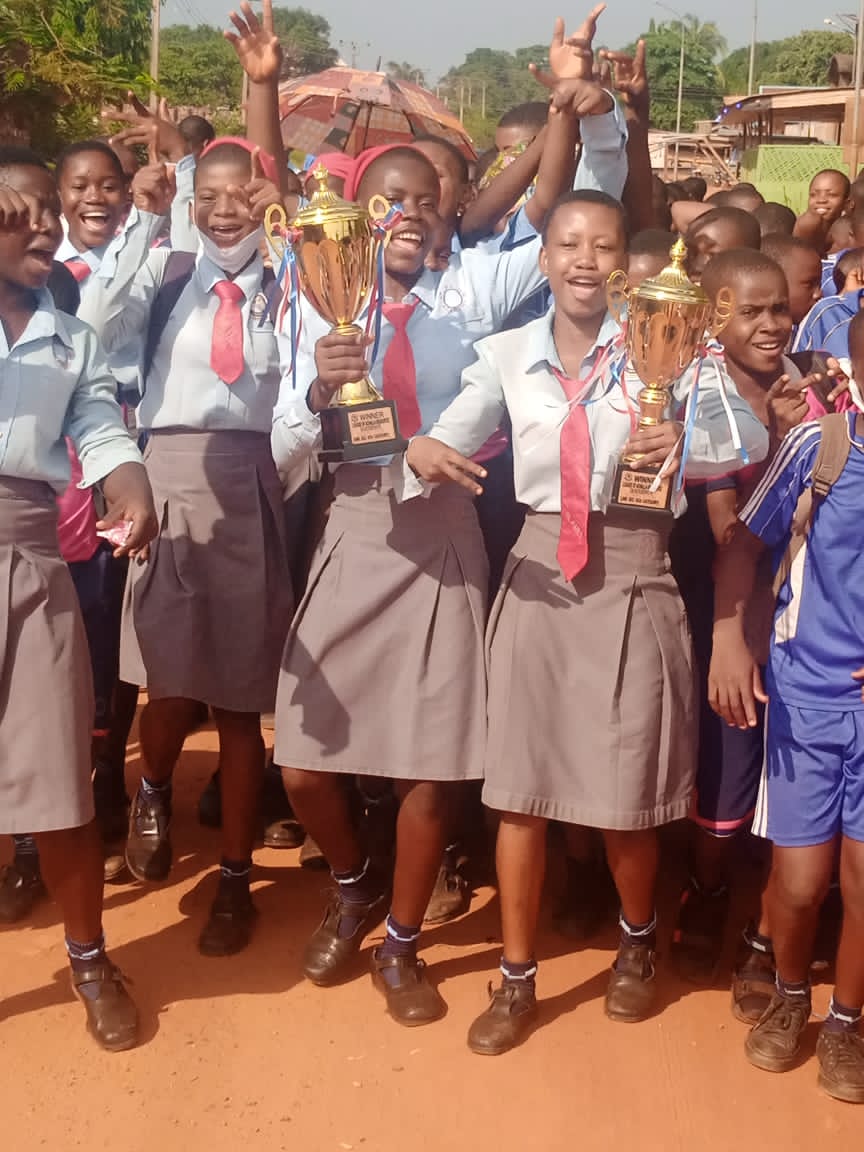 In the finals of the keenly contested competition for the senior category held at Achalla Civic Centre, St Paul’s Catholic Parish, Achalla-owned St Paul’s Academy, defeated her opponent, Community Secondary School, Achalla, and emerged the winner with 81%. Community School, Achalla, followed behind with 62%.

St Paul’s Academy, was represented by Chiamaka Nnanwuno of SS 3, Chigozie Chiara of SS 2 and Miracle Nnakwu of SS 2. The students got a cash prize of N30, 000 each.

It will be recalled that the quiz competition was one of the annual education activities of the League of Achalla Graduates (LAGs), an umbrella of indigenous higher institution graduates of the town, to sustain human capital development.

The LAGs in a release that was signed by the President, Mr Magnus Nnaekwue, and the Chairman, Education Committee, Dr Felix Nwarienne, explained that the various annual competitions which included quiz, debate and academic awards among schools in Achalla, were part of the association’s contributions to correct societal ills in the town and contribute to human capital development through education.

Speaking with Fides, the Manager/Principal, St Paul’s Academy, Achalla, Rev Fr Charles Uchenna Ezeugwa, said the victories which meant so much to him, defined the name, the strength and the excellent academic standard which the school stood for.

The visibly delighted Rev Fr Ezeugwa, said he was very happy and proud of the students’ exploits. According to him, the six students and three pupils who represented the school in the various categories of the quiz competition, had proved that the holistic formation which was given had yielded worthy fruit.

The competition was the moment they proved that they were born to be the best, and they lived out their best,’ Fr Ezeugwa stated.

The manager/principal, commended the members of staff of St Paul’s Academy, Achalla for what he described as their brilliant efforts which were necessary in giving the students the holistic formation which would enable them to be responsible to themselves, their families and society in future. He prayed God to strengthen the teachers to be more diligent and committed in their vocation.

Rev Fr Ezeugwa, who thanked God for his grace that made the victories which the school recorded in the maiden quiz competition possible, applauded the League of Achalla Graduates (LAGs), for the education activity, which he described as a wonderful initiative.

In an interview with Fides, one of the students, who represented the winning school in the competition, Miss Chiamaka Rosemary Nnanwuno, of SS 3, said she was delighted that they won the quiz competition.

Miss Nnanwuno, who said she was initially perturbed as she did not know how prepared their opponents were, thanked the School Management for the culture of hard work and studying round the clock, which, according to her, contributed to their victory. Nnanwuno, thanked God for the grace, the school manager, Fr Ezeugwa, for the motivation, her co-students for the collaboration and their formators for the holistic formation, which, she said, brought about healthy competition in the school.

For his part, Master Chigozie Alexander Chiara of SS 2, who also represented St Paul’s Academy in the competition, identified what he described as doubled effort and hard work on their parts as what made their victory possible.

Chiara, who revealed that he was working towards winning the best graduating student award, thanked God for his grace, which, he said, blessed their efforts. He prayed God to strengthen their principal/manager, Rev Fr Ezeugwa, as he continued to groom them for excellence.

The students, thanked the organisers of the quiz competition for the initiative and the opportunity given to their school to participate.