It was a euphoric moment for students of St Patrick’s College, Awka, as they emerged winners of the 2021 Rotary inter school annual debate.

Fides gathered that the Rotary Annual Debate Competition exposed the students to speak on different topics, such as, ”Social media has done more good than harm”, and ”COVID-19 is a scam”.  Girls’ Secondary School, Awka, as team, were the proposers during the first round of the competition but were kicked out, while Capital City Secondary School, Awka, were eliminated in the second round of the competition. 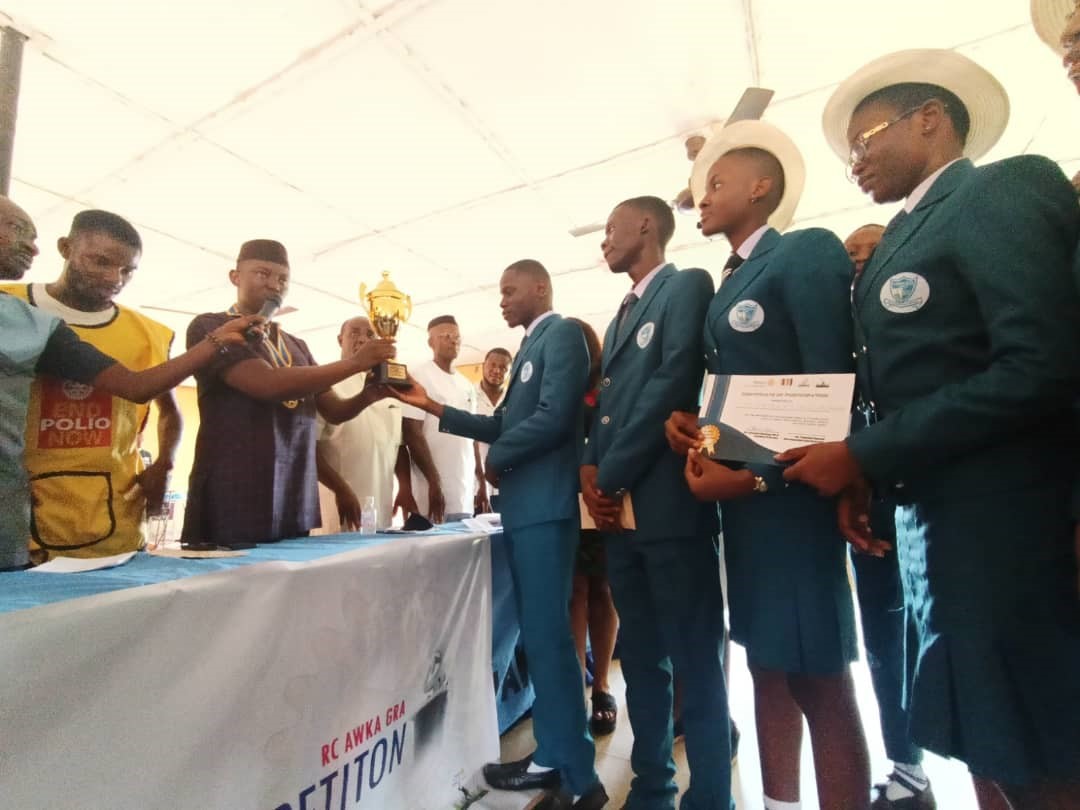 Students of St Patrick’s College Awka, receiving a trophy from the Rotary President on 16 April 2021 at Girls’ Secondary School, Awka

The team from St Patrick’s College, Awka, won the second round of the competition against St John of God Secondary School, Awka, to emerge overall winners in the competition.

Speaking to Fides, the President, Rotary Club of Awka, District 9142, GRA Branch, Rotarian Somadina Okwelogu, said the competition was one of their annual events targeted at improving research and reading culture among teenagers.

Reacting on why the competition was necessary for secondary school students, the Anambra State Debate Coordinator, Mrs Amaka Anekwe, said debates improved the students’ speaking ability and confidence and also prepared them on how to make right research on diverse topics of interest.

Meanwhile, one of the students, Achuorah Michael, from St Patrick’s College, Awka, who emerged the best speaker at the debate competition, appreciated the club for organising the event, noting that it exposed them to more knowledge of debating.

The highpoints of the event were presentation of certificates to participants and presentation of trophies to schools that took the first, second and third positions, respectively.