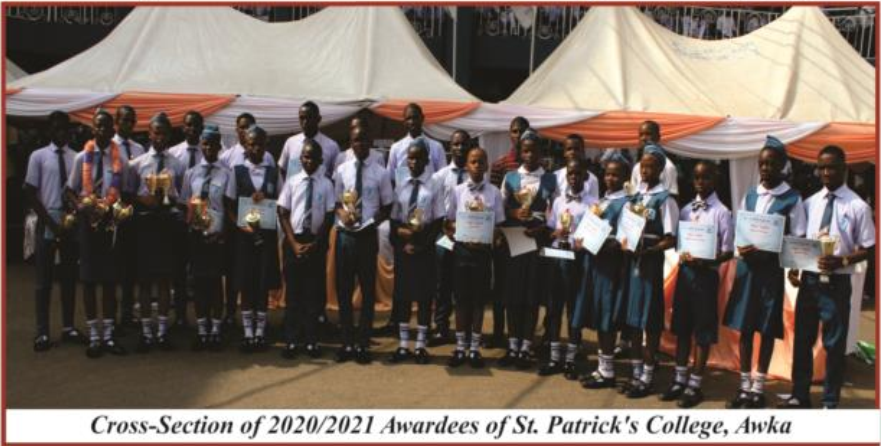 The investiture ceremony which was accompanied by academic prize awards to best students, witnessed an episcopal Mass by the Auxiliary Bishop of Awka Diocese, His Lordship Most. Rev. Jonas Benson Okoye.

Receiving the Bishop, priests, parents and teachers, at the Mass, the Manager of the College, Rev. Fr. Celestine Anaekwe, applauded His Lordship for making it a duty to witness the 2021/2022 academic investiture while stating how important the ceremony was to the College and students who were to be inducted. This was even as he welcomed priests and religious who graced the event. 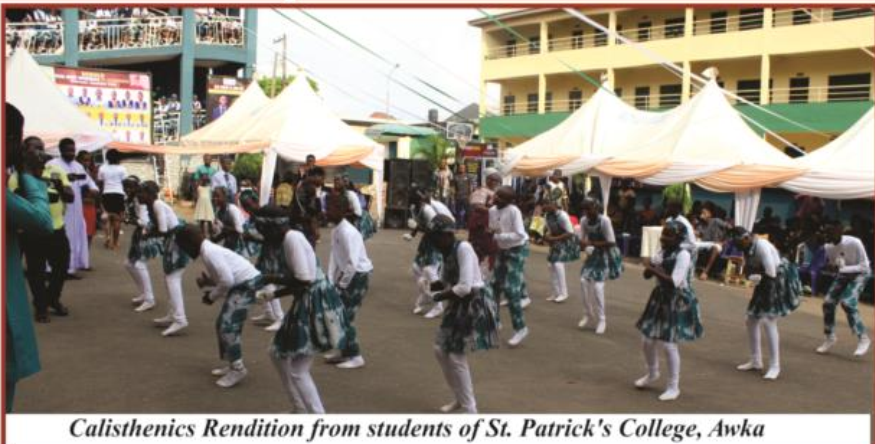 Bishop Okoye whose homily centered upon the teachings of the Sunday, reflected on the theme: ”love of self, God and neighbour”. Furthering, the prelate noted that loving God with all of the heart and mind was what Christ stated in Deuteronomy 6:2, when the Jews asked him which was the greatest Commandment.

In the same vein, Bishop Okoye who emphasized the cardinal objectives of Catholic schools and how important they were in the formation of children into becoming better in the growing stage of their academic pursuit, stressed the objectives of Catholic education, which, according to him, must be holistic, developmental, social and honest. He charged the students to be devoted in their quest to academic excellence, even as he urged them to maintain discipline.

The ceremony featured the blessings of the College’s musical studio, dedication of the academic year and unveiling of best students’ awardees in the 2020/2021 academic session by His Lordship.

Speaking on the importance of the studio, the founder of Young Women and Men Creative Association (YWMCA), Rev. Fr Osita Amakaeze, explained the usefulness of the studio. According to him, the music studio would not just function for music composition but also be useful in raising voice over artists, producing audio books and training the students in the relevant skills the studio was meant for. 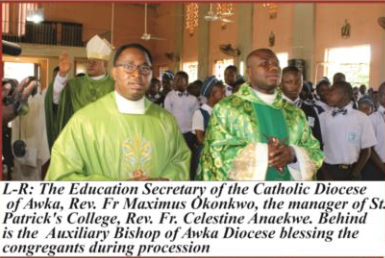 In an exclusive interview with the school Manager, Fides gathered that the new academic session was themed: ”St. Patrick’s Students! Taking Bold Steps into the Future”.

The manager who maintained that the scholarship given to students on account of their performance at the event would motivate other students in pursuit for excellence.

‘We are building more on what we have already established in the school. Keeping close to them and not keeping our eyes off them is what we do. We follow them in school and at home and it is helping us well,’ the Manager noted.

Speaking to some of the awardees, the winner of Best Geography Student at national level and in the College, Ezenwata Michael Chukwumelie, an SS2 student appreciated the College for their goodwill and the teachers for the good knowledge impacted on them. He also noted that the award would spur him into doing more.

Ariyo Paul Chinaza who emerged the Best Student in Basic Education Certificate Examination (BECE), also expressed joy and hoped the award would spur him as he continued to strive for excellence.