The one week event which began on Monday, March 14, with a line up of activities all through the week, ended with a grand finale on Sunday, March 20, and featured quiz competition, march past, presentations, performances and awards ceremony. 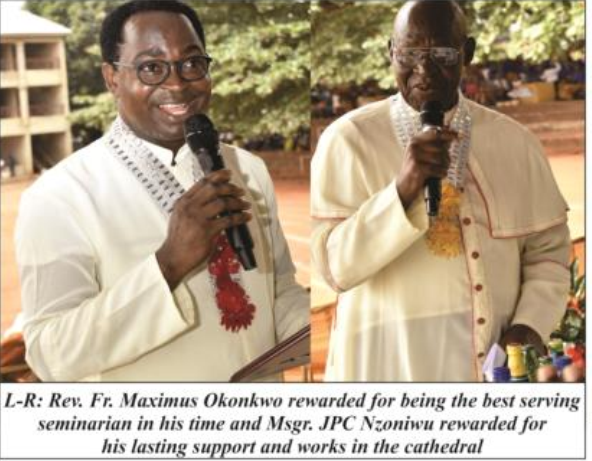 The concelebrated Eucharistic Celebration which took place at St. Patrick’s Cathedral Parish, Awka, witnessed the presence of priests, religious and lay faithful in the diocese, as well as Holy Communion catechumen.

In his Homily, Bishop Ezeokafor, through Rev. Fr. Patrick Chukwuma, described St Patrick as the patron of the diocese and cathedral, noting that he lived a life of service in Ireland where he was dramatically kidnapped at the age of 16 and returned as a priest and set the history of Ireland on a new course.

The Catholic prelate added that during the time of St. Patrick’s he was able to use prayers to chase out snakes ravaging  Ireland. ‘But today the snakes we have are the human snakes. Rituals and cultism are now ravaging the nation,’ Bishop Ezeokafor said.

Speaking further, Bishop Ezeokafor advised all to be careful in these perilous times, asking what it would profit a man to gain the world but lose his soul. He said that it was in suffering that heaven could be attained. 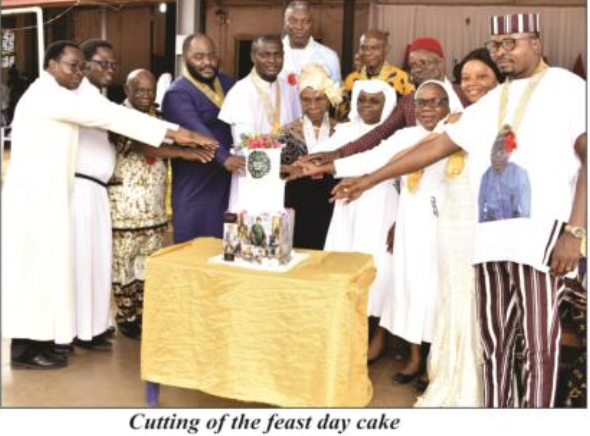 ‘Our Patron Saint, St. Patrick, our Lord Jesus Christ and other saints, all suffered for the sake of the gospel. We have to be prayerful and mindful to emulate the lifestyle of St. Patrick as we ask him to intercede for us,’ the Bishop said.

The outspoken cleric who is also the parish priest of St. Patricks Cathedral Parish, Awka, spoke at the ceremony led by the acting Cathedral Administrator, Rev. Fr. Pascal Udo, while commending the efforts of the planning committee for a successful event planning.

The prelate appreciated everyone for coming out to grace the event, especially the principal concelebrant and dean, Rev. Fr. Donatus Esiegbo; the Bishop’s Secretary and also the Chancellor, as well as Very Rev. Monsignor Prof.  J.P.C. Nzomiwu and other officiating priests, religious and lay faithful.

The awardees were not left out as Bishop Ezeokafor charged them not to relent in the service of God and mankind. While thanking them, he adjudged their awards as meritorious. The pragmatic priest also appreciated the performances of various groups for adding colour to the event.

The chairman of the event, Mr. Chucks Ndigwe, expressed joy at the outcome of the event and welcomed the idea of the awards to deserving parishioners for their age long selfless services and contributions to the development of the Church. 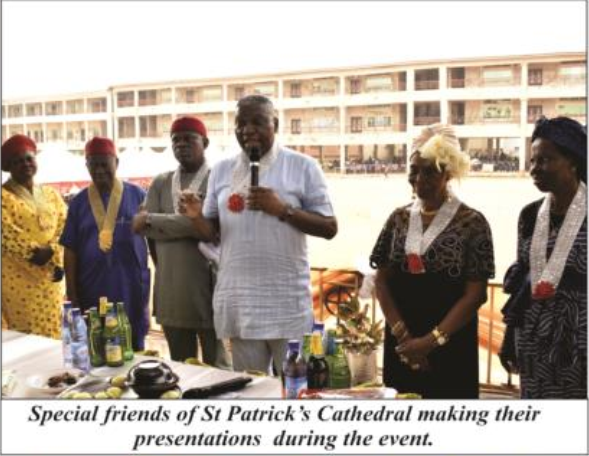 St. Patrick died on March 17th in the year 461 and was from Scotland. He was born in the second half of the 4th century when his father was a Roman British Army and a deacon. He was dramatically kidnapped at the age of 16 and returned to Ireland as a priest and set the history of Ireland on a new course.

The winner of the Block Rosary Quiz Competition was Cause of Our Joy (Zone 3). Health of the Sick (Zone 2) came second, while Guardian Angels came third.