St. Matthew’s Catholic Church, Amawbia, last Sunday celebrated the feast day of their patron saint, St. Matthew, ahead of its usual 21st of September date when it is annually commemorated. The parish also received the Catholic Bishop of Awka Diocese, Most Rev. Paulinus Ezeokafor, who administered the Sacrament of Confirmation on 303 candidates. 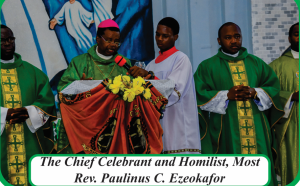 The Bishop, speaking during the homily, highlighted the importance of Sunday Evening Instructions and implored priests to adequately prepare for them so as to impact the congregation. He decried the imposition of what he described as “unnecessary levies in the Church and unreasonable movement from one prayer house to another” in search of solutions. 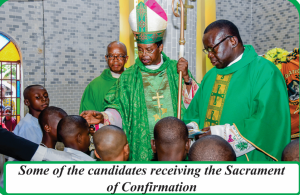 Bishop Ezeokafor ended his homily by pointing out the pivotal role of youths in the growth and development of any society and called on parents to be intentional about the proper formation of their children since the family formed the basic unit of socialisation.

He encouraged youths to join in uplifting communities such as church societies, even as he charged the candidates for confirmation never relent on their faith.

At the reception which followed the Mass, the chairpersons of the occasion, Sir and Lady Onochie, officially welcomed the Bishop to the parish. 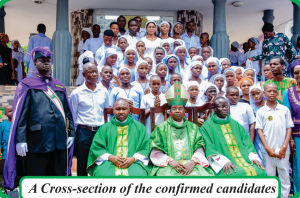 Engr. Chris Nwoye, the Parish Secretary, in his address, greatly appreciated what he described as the collective efforts of the parishioners towards the continuous growth of the parish and extolled the Bishop for effectively pastoring his flock.

Various groups proceeded to present gifts to the Bishop afterwards.

Bishop Ezeokafor, in his closing remarks, thanked the parishioners for the numerous gifts, noting that the people’s goodwill had helped to sustain the diocese over the years. He said it was manifested in the advancement of Peter University, Achina-Onneh, collectively owned by the Catholic Dioceses of Awka and Ekwulobia. 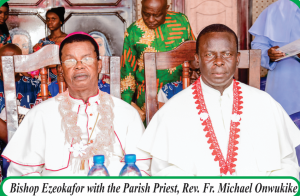 He also praised the parishioners, both home and abroad, for what he described as the outstanding progress witnessed in the parish. 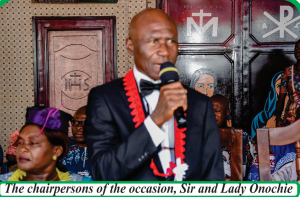 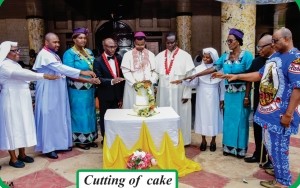 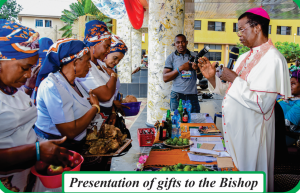 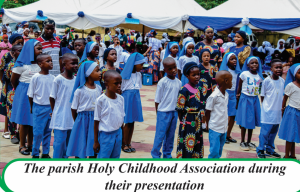 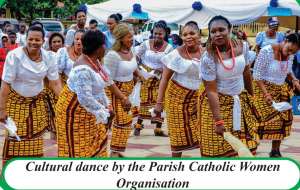 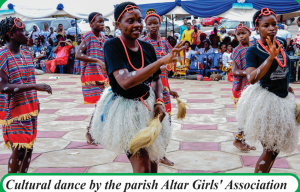