January 3, 2022, will remain indelible in the annals of St. Francis Catholic Church, Enugwu-Ukwu as the parishioners alongside their Parish Priest, Rev. Fr. Peter-Val Uzoezie, rolled out their drums in celebration of the 25th anniversary of the parish’s creation. 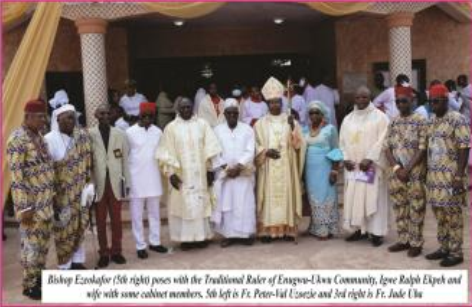 The silver jubilee was in thanksgiving to God for the numerous achievements which the parish had attained in its 25 years of existence and the occasion also created an avenue for the parish to award eminent individuals whose contributions and efforts assisted in transforming the parish to its current glorious state.

The celebration of the significant milestone attained by the parish witnessed laying of the foundation stone of six classroom blocks attracted by Hon. Dozie Nwankwo and administration of the Sacrament of Confirmation to over 100

Fides gathered that St. Francis Parish, Enugwu-Ukwu which was formerly Zone D of St. Anthony’s Parish, Enugwu-Ukwu, attained the status of a parish on September 1, 1995, after a formal request was presented to the then Bishop of Awka Diocese, Most Rev. Dr. Albert Obiefuna and twice, later, to Most Rev. Dr. Simon Okafor, during his maiden pastoral visit and on another visit to the Catholic community at St. Anthony’s Parish. The second request disclosed the readiness of those at the outstation to have their own parish as the construction of a befitting parish presbytery and erection of Father’s House Annex had been executed by Chief Sir Fidelis Okekearu and Sir Anthony Okeke, respectively. 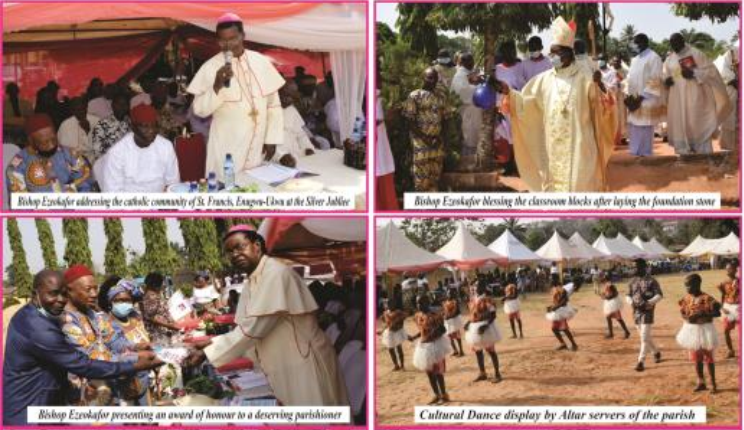 Speaking to Fides, the Parish Priest, Rev. Fr. Peter-Val Uzoezie, said the celebration which was geared at appreciating God for the

gift of the parish, would enable the Catholic Community to take stock of what had been achieved and appreciate those who tasked themselves greatly to ensure that the recorded progress was realized, as well as plan ahead.

On the activities put together to commemorate the 25th anniversary, Fr. Uzoezie disclosed that the re-roofing of some part of the Church building, German flooring of the church’s main axis route, laying of foundation stone of six classroom blocks that would be completed three weeks after the 25th anniversary and confirmation of over 80 deserving faithful, were the spiritual and physical activities that would remind people of the celebration. 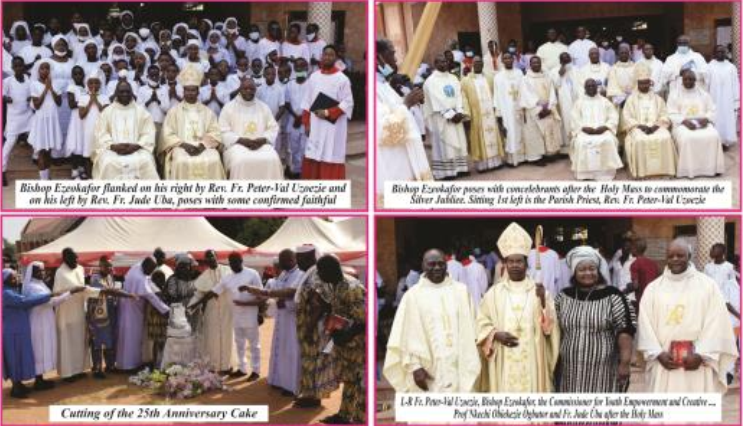 Fr. Uzoezie who was full of thanks to God and individuals who contributed towards the success of the celebration, said the silver jubilee brought to mind the various projects which the parish should boast of after 25 years of creation and

disclosed that plans had been conceived for the church’s ceiling to be changed to a wooden one among other ideas that would be executed in due time. 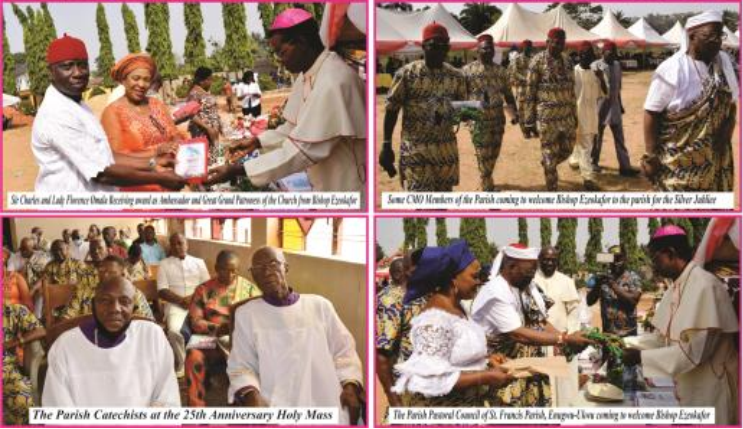 Speaking to Fides, one of the awardees, Prof Theresa Obiekezie Ogbutor, appreciated God for the growth of church and noted that the parish assisted in propagating the Catholic faith. She maintained that the parish, made up of one village and a quarter in Enugwu-Ukwu, brought an end to the stress which people usually went through while going for mass.

noted that the award was in appreciation of her contribution to the parish which she belonged to as girl and now as a married woman, saying that it would spur her to do more.

Adding his voice, Ozomkpu Stephen Etoo Okekearu, who was awarded a great grand patron of the church, said the award would motivate him to do more for the parish, saying that Catholicism had come to stay in the community.

Contributing, the Chairman of the occasion, Sir Charles Omalu, recalled how the parish was created and revealed that all the priests that served in the parish contributed greatly to the progress of the parish.

Sir Omalu who doubled as the sponsor of the confirmed candidates, described the candidates as his inherited children and advised them to join pious societies in the church while holding on to their rosary. 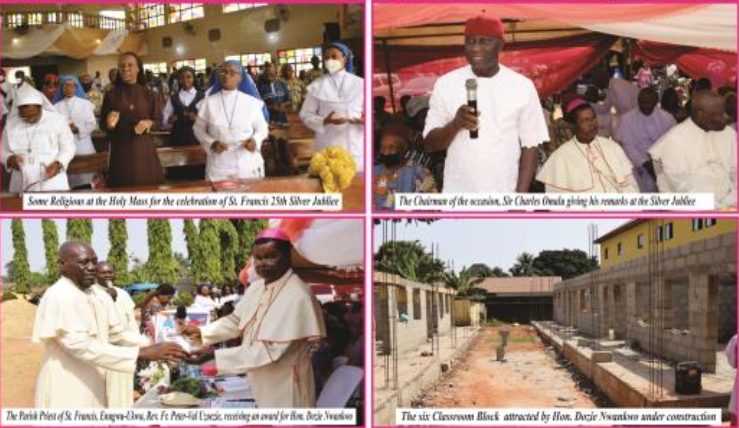 Earlier in his homily, the Catholic Bishop of Awka Diocese, Most Rev.

Paulinus Ezeokafor, noted that the attainment of 25 years denoted a milestone in the life of the parish. He recalled when the parish was created and said it was important for the parishioners to look deeply at what they had attained in the past 25 years.

Bishop Ezeokafor noted that events in the parish gave hope that more progress would be recorded both spiritually and physically.

Laying the foundation stone of the six classroom blocks, Bishop Ezeokafor, stressed the importance of education and maintained that the promotion of education was everyone’s responsibility for a better society to be achieved. He commended Hon. Dozie Nwankwo for embarking on the project.

Highpoints of the celebration included presentation of awards, welcome song by St. Cecilia Choir, fund raising for parish projects, plus the unveiling and cutting of the silver jubilee cake.