After about five years of his last visit to the parish, the Auxiliary Bishop of Awka Diocese, Most Rev Jonas Benson Okoye, last Sunday, August 29, made his pastoral visit to St Anthony of Padua’s Catholic Parish, Ifite, Awka, Anambra State, during which he inspected the parish and administered the Sacrament of Confirmation on about 240 faithful of the parish. 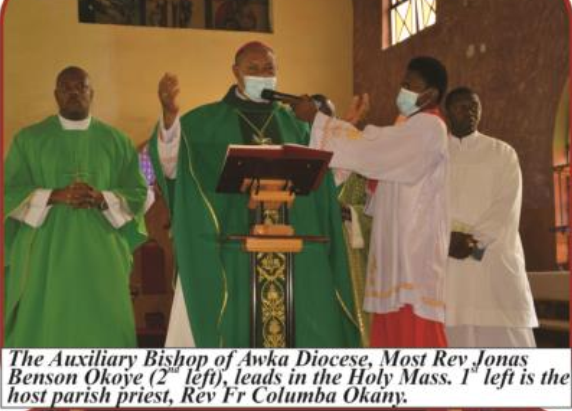 He equally flagged off the 25 Years Anniversary Celebration of the parish, which is fixed for December 12, 2021 with the theme: “My Year of Divine Intervention”.

Delighted that the Pastoral visit coincided with his 29 Years Priestly Anniversary and his 7 Years Episcopal Anniversary, Bishop Okoye, at the Holy Mass, called on all to pray for him so that his faith would not fail.

He equally offered the Mass for the good of the entire people at the Eucharistic celebration, as well as for the repose of the soul of the late second Bishop of Awka Diocese, Most Rev Simon Akwali Okafor, who died seven years ago.

Bishop Okoye in his homily thanked God for the spiritual, physical and infrastructural growth of the parish which he described as impressive. Pointing out that those who received the Sacrament of Confirmation were no longer neophytes but those whose faith were rooted in the Lord, the bishop urged them to emulate their fathers in faith and explained that the faithful had, with the sacrament which they received, been saddled with the responsibility to become Soldiers of Christ. 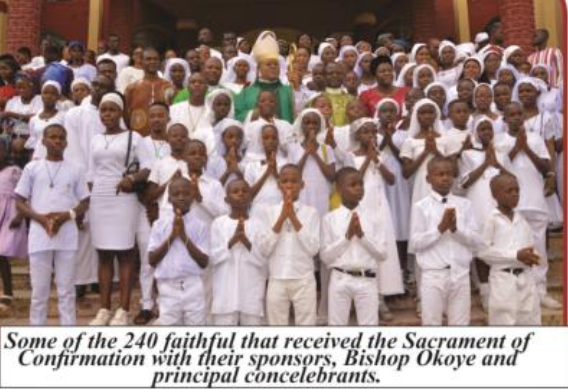 Noting that John the Baptist, who was beheaded for the truth, was being honoured by the Church, and especially on August 29, the bishop encouraged all not to be afraid to tell the truth.

Noting that the greatest of all gifts was the one which an individual gave to the Church, the bishop urged the parishioners to be committed in their support to the Church; just as he added that donations to the Church were also for the good of human person.

According to him, when one gave to the Church, the money would be used to build schools and other infrastructure for proper human formation, and when an individual was properly formed, he would be useful to himself and society. 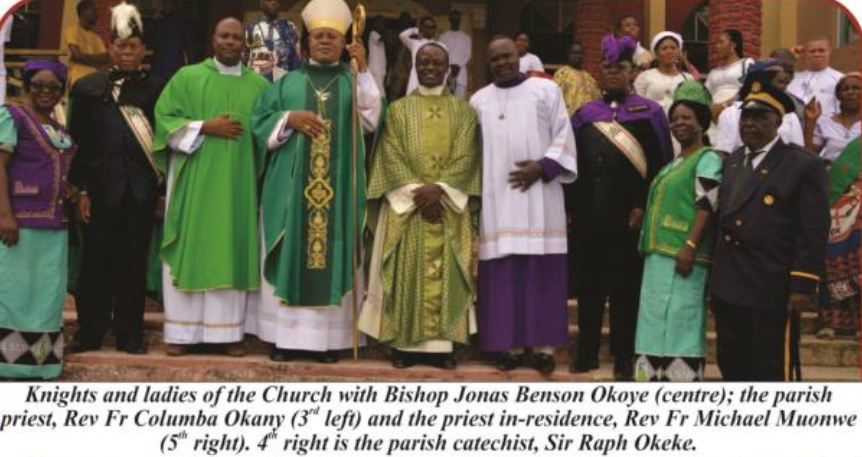 Responding to the address of welcome by the parish pastoral council that was read by the secretary, the bishop tasked the parishioners on active membership and participation in their various zones and the parish at large.

In his remarks, the parish priest, St Anthony’s Parish, Ifite, Awka, Rev Fr Columba Okany, appreciated the three priests he worked with in the parish for what he described as their great solidarity and support. He commended the organizing committee and the entire parishioners for their sacrifices, which, he said, made the pastoral visit a success. 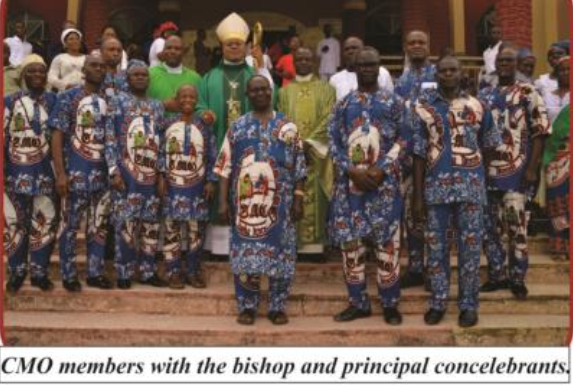 In his remarks, the chairman of the occasion, Barr Alphonsus Ezekwike, stressed the need for catechesis to be given proper attention in the Church. Such solidified attention, Barr Ezekwike said, would enable the faithful to be strengthened in their faith and not to fall prey to what he described as church prostitution.

Cultural dances and drama presentations by various groups of the parish, as well as presentation of gifts to the bishop, formed part of the event.