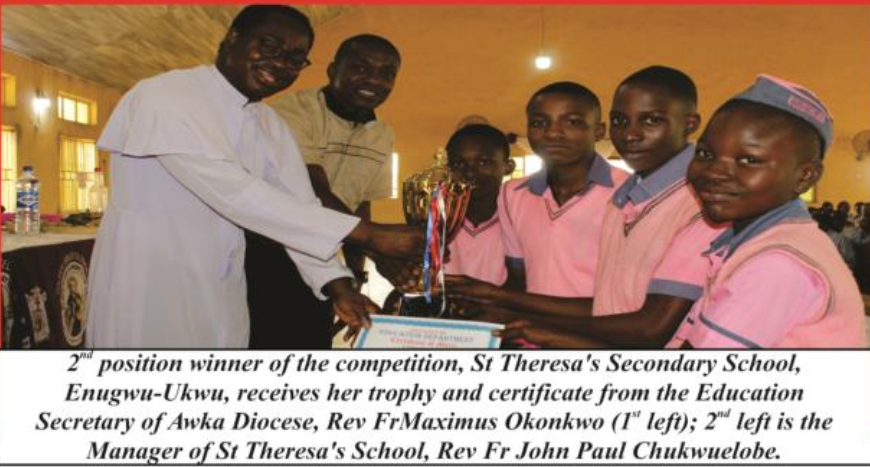 Fides gathered that eight schools that took 1st, 2nd and 3rd positions at the regional level during the preliminary stages, competed in the finals of the competition. St Augustine’s Secondary School, Ichida

of Adazi Region, did not meet up for the finals due to logistics problem.

The schools were represented by four students who were in SS 3, SS 2, SS 1 and JSS 3 respectively.

Each of the eight schools went home with a certificate of participation. While the overall champion and the two runners-up also smiled home with their certificates of

victory and trophies. A JSS 3 student of SACCIA, Chidiogo Igwilo, smiled home with a cash gift of N5, 000 for being the student that answered most of the questions correctly.

In line with the directives of the National Catholic Secretariat, Abuja, the quiz competition was based on the Encyclical Letter, Laudato Si of Pope Francis and the 2021 Lenten Pastoral Letter of the Catholic Bishop of Awka Diocese, Most Rev Paulinus Ezeokafor.

Presenting the certificates and trophies to the participating and the winning schools, the Education Secretary, Awka Diocese, Rev Fr Maximus Okonkwo, congratulated both the winners and the entire schools that made it to the finals. He urged the losers to accept defeat in good faith, and put in more effort to do better in future.

For his part, the quiz competition coordinator and education secretary, Adazi Region, Rev Fr Felix Nwosu, commended the students for the show of intelligence and comportment, which, he said, they displayed throughout the competition. He encouraged the losing schools to do better in subsequent years 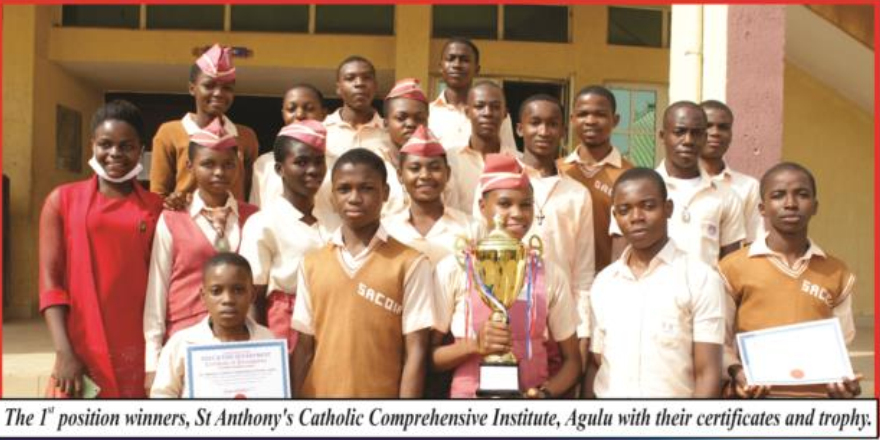