Sr Elena Balatti, a Comboni missionary working in South Sudan, describes the peace process and how Christmas has renewed hope for an end to conflict in the country.

In the world’s youngest country – independent from Sudan since 2011 – the road to peace remains uphill but not stationary. The 2018 Revitalised Agreement for the Resolution of the Conflict in South Sudan, finds continuous momentum on the ground.

Sister Elena Balatti, of the Comboni Missionaries, is Coordinator of the Office for Integral Human Development (Caritas) in the diocese of Malakal. 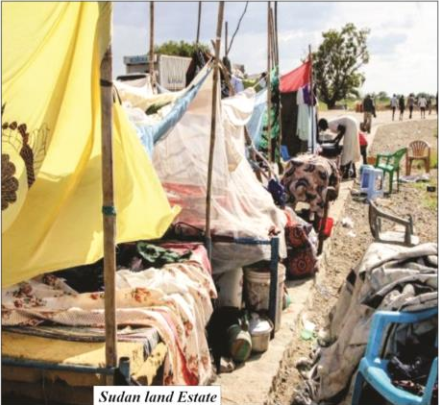 Her commitment is humanitarian and in defence of human rights. She works in the field of justice and peace, networking with many other people in South Sudan and in close contact with a group made up entirely of lay people.

In an interview with Vatican News, she describes the challenges of dialogue in the country and the recent glimmers of concrete gestures of reconciliation.

Q: At the beginning of a new year, following the Pope’s Message for the World Day of Peace, how is the path to reconciliation proceeding in a country marked by constant conflict? And how much effort is behind this journey?

The word peace is used a lot: “We must continue to pursue the peace agreement… We want real peace that we can touch with our own hands…”. This reveals how important it is for us and also how hard it is for we human beings to live in peace, among ourselves, with God and with ourselves. As far as South Sudan is concerned, the process is extremely laborious, but it goes on.

In the diocese of Malakal, for the first time this Christmas, some glimmers of hope are more concrete because the tones have changed; they are more subdued. There have been no accusations. The past has been put a little in parentheses in order to look towards the present and the future, towards an active collaboration of the various forces for development. The President has recently declared that 2022 will be the year of truth. One of the articles of the Peace Accord signed in 2018 provides precisely for the establishment of the Truth Commission to heal the wounds of the past that war necessarily inflicts on civil society.

Looking at history, in fragile situations a consolidated peace can be seen in the long term. The serious economic crisis that the country is experiencing is destabilising in itself, so there are risk factors for localised and nationwide conflicts but, in my view, the indicators for peace far outweigh the potential indicators for a return to conflict.

Q: Sr Balatti, what does ‘dialogue’ mean in light of your mission? 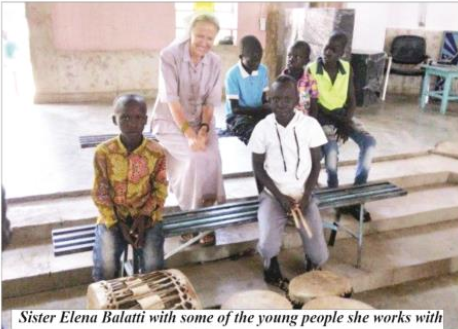 Dialogue is first of all listening and contemplating. The first characteristic is to be quiet and to look at others. We try to promote it through courses, by preparing our staff to go to the communities in the diocese, a very large diocese – almost a third of the entire territory of the country – the most devastated by the consequences of the civil war.

Dialogue is extremely difficult when people have been directly affected by the events of the war: pain, suffering, loss of possessions, of their social status, of affections. War is all this. Therefore, training consists first of all of a ‘conversion’ in the sense of a change of perspective, from one in which one has become a victim to one in which one is convinced that one can become an agent of change, that one can come out on a personal level and then be able to drag others out of the vicious circle of violence.

Dialogue is being able to look at others not as enemies but as brothers and sisters, who are all in some way victims like us. The style is to talk to each other, to take time to reflect, not to respond immediately, to go to a slightly deeper level. 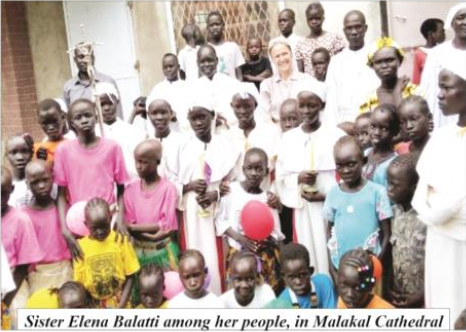 I say all this also for me because our community in Malakal, and not only that, became displaced during this last civil conflict. We had to try to talk to ourselves to reopen ourselves to more positive possibilities, because we get discouraged. We must not lose heart, be ready to start again every day.

Dialogue is about keeping the door open at all times, even if it costs so much at times. As the Lord does for us.

Q: As the Pope says, it is about activating processes. The word finality, in essence, does not make much sense. Is that so?

It does. Every day the Lord gives us a new day, and it is a positive becoming. There can never be finality in evil or in a disastrous situation. This applies to everyone, to South Sudan and to other countries that are experiencing conflicts and wars.

Q: Is there a story you would like to recall which is emblematic of a healing process that has been brought to completion?

Yes, it happened over Christmas. In South Sudan there are opposing ethnic groups. For generations, the Murle and Nuer groups have taken it in turns to raid cattle, which is not even considered stealing. Whereas in the past the raids were carried out with spears and the damage was fairly limited, now the huge presence of small arms has turned them into mini but bloody conflicts. They can cause dozens of deaths. They seem to be never-ending, preventing schooling for the young and development for the population.

Before Christmas, the governor of the Murle area decided to voluntarily return a few hundred cattle to the governor of the other ethnic group. When we heard the news we said: this is Christmas. This is the only way we can be together again: someone has to give something, but they will find that they will get a much bigger reward.

From Christmas to now, the situation on the border of the two tribes is such that there have been no clashes. We hope that this significant gesture will be followed by others like it.

Q: The local bishops have recently asked for progress in the investigation into the attack on Father Cristian Carlassare and for the killers of Sisters Mary Daniel Abbud and Regina Roba to be identified, rejecting “attempts to use the tragedy to wreck the peace process”. What updates can you give us on the evolution of these events?

A positive update is that the Rome-talks have resumed; there have been meetings and these negotiations with the groups that are not the signatories of the 2015 and 2018 peace agreements.

The agreements – which had stalled after the killing of the two nuns on the road from Nimule to the capital – have resumed. On the negative side is the fact that there are no publicly known developments in the two investigations.

Q: Have you ever been afraid for your safety?

No, we are not at that level. One must be prudent, however, and not expose oneself too much in moving and speaking. I don’t want to say that Father Christian or the two nuns exposed themselves to risks, absolutely not, but there are tense situations in which one has to evaluate well. The Catholic Church is studying these episodes, and we must bear in mind that there have also been other incidents of this kind involving members of the Church and other Churches.

The Church must continue to be prophetic. It cannot remain silent. On the other hand, I think that ecclesiastical diplomacy is trying to arrive at some form of human justice. Personally, I am not afraid. South Sudan is my country where I have lived half my life. Fear can come in the face of threats that can occur almost anywhere. I have experienced it, but you always have to overcome fear, which is paralysing.

The pandemic is on the rise, but there are no precise figures because only in the capital are there centres where swabs can be taken. In some other major cities, rapid tests can be done but it is difficult to count.

The positive fact is that the number of deaths is proportionally very low. The government has declared a partial lockdown for a few weeks. It has reimposed restrictions in public places, such as universities, and is encouraging vaccinations. The problem is that most people don’t want to get vaccinated. Now, however, the number of people who are convinced is increasing a bit.

Q: Coming back to civil society, how severe are the restrictions on its scope for action?

Civil society is not yet well developed. The spaces are limited. The Constitution guarantees freedom of expression, but in fact it is extremely limited, and there are not many organisations or associations that claim to be spokesmen for civil society.

What is needed is widespread schooling, which is progressing. But we also need the formation of an attitude, and it is not enough that it is written in the Constitution.

Q: When do you think the Pope will be able to visit the South Sudanese people?